June 24, 2021, 10:55 AM · Walt Disney World is sharing a first look at the renovated guest rooms at Disney's Contemporary Resort... and you might say that they are "Incredible."

The Contemporary is one of Disney World's two original hotels - along with the Polynesian - and Disney is looking to give the hotel a fresh look for the resort's 50th anniversary, which kicks off October 1. Disney is currently renovating all nine floors of guest rooms in the Contemporary's main tower. According to Disney, the new rooms "will blend a sleek Monorail motif with some favorite characters from Pixar Animation Studios' Incredibles films." 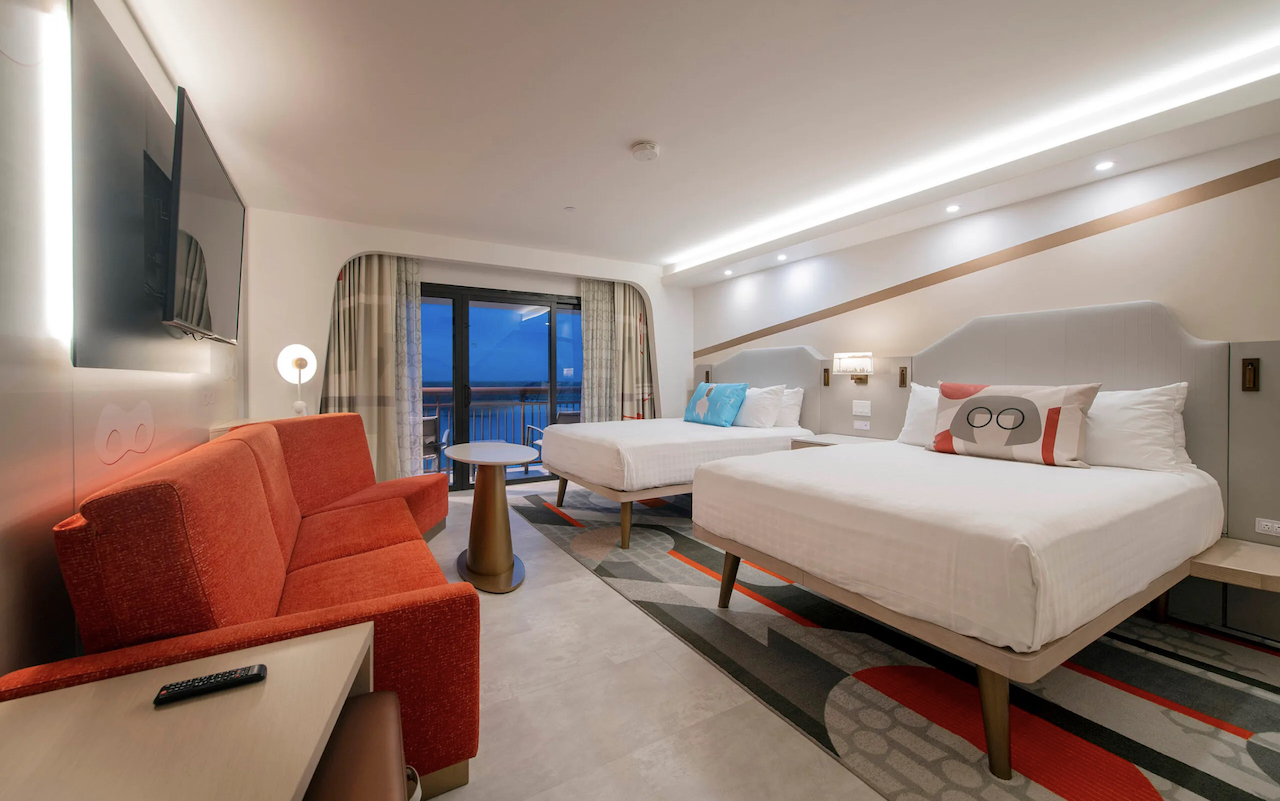 The mid-century modern design of the rooms looks very... well, I'm just gonna jump in and say it... Cabana Bay. Universal Orlando's original budget hotel also leans into this design motif, but Disney is overlaying it with the animation franchise that perhaps best fits this particular look. 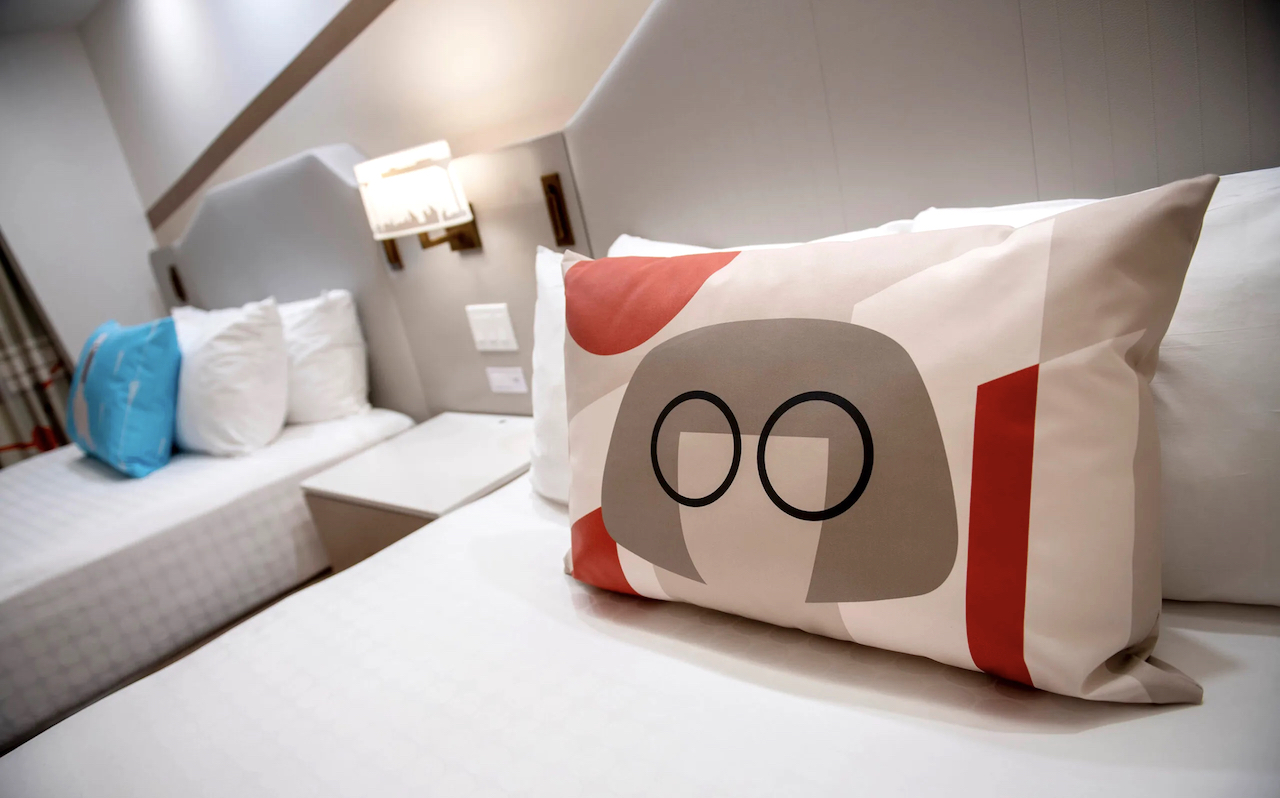 The new look for the hotel and its guests rooms is slated to debut by this fall. Once work in the tower is complete, renovations will begin on the Garden Wing on the shore of Bay Lake. 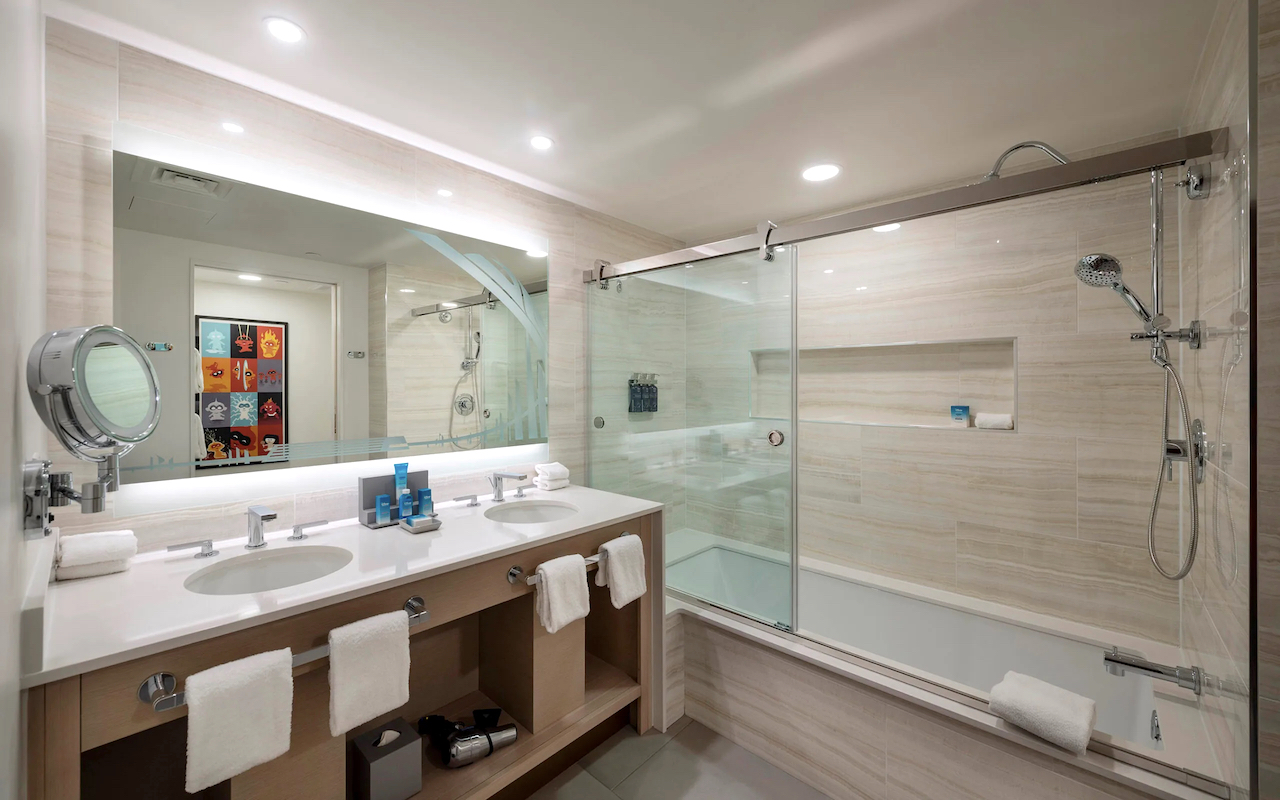 Disney also announced that it will be closing The Wave... of American Flavors restaurant "soon" to make way for a "reimagined dining experience" that will debut in time for the start of the 50th anniversary on October 1.

The room renovation definitely looks like Cabana Bay. I really wish they would leave the Wave alone. It was perfect.

Man, when I was a kid the entire bottom floor of the Contemporary was a giant arcade, with a miniature version of the Magic Kingdom shooting gallery and a free theater that showed older Disney movies including, at one point, the Song of the South. The restaurant on the top (the Top of the World, I think?) had entertainment--when I was 10, my parents took me to see Vic Damone up there. The design of the whole place was 1970's futurism . . .

As with the Polynesian, you hate to see all that distinctive flavor get stamped out in favor of a cheaper, more homogenized look.

Perhaps a future TPI poll could be; which refurbishment is better? Moana @ The Polynesian or The Incredibles @ the Contemporary? Just my humble suggestion.

God, I miss the Contemporary arcade. That was just beautiful to see so many games in one spot. Hell, I miss most arcades (I live near Galloping Ghost in Chicago area with almost 700 machines from over the decades) and were fun.

Sadly, these days, most kids prefer playing on their phones than experience that, a lost art.

I also miss some of the shops on that concourse leading up to the monorail. I know, progress and tastes change but that was as much a distinctive part of WDW as the parks.

So they're announcing that a restaurant in a hotel will be completely renovated in the span of 6 months and in time for WDW50, but a restaurant that was supposed to open nearly 2 years ago (Space 220) still has yet to announce an opening date and/or menu.

Hopefully the mid-century design is carried throughout the entire resort and convention center while seemlessly integrating and preserving the Mary Blair murals.

@Russell: The answer to your question is "yes". Especially if the re-theme/renovation leaves the kitchen intact.

@thecolonel The Sunday brunch at Top of the World was INSANE. Huge all-you-can-eat buffet. All the champagne, mamosas or bloody Mary's you care to drink. Tax, title and drive-out $14.95. This was back in 19i2 when I was a student in the college program.

@thcreative I was too young for those drinks, but I remember that buffet brunch. I also remember going out on the porch up there at night to watch the Magic Kingdom fireworks and the electic light parade on the lake.

@mikeW Right there with you. My mom would give me $5 to go downstairs and get her a coffee, then I could keep the change and play games until she was ready to go to the park. Keep in mind, this was back when normal people could afford to stay at the Contemporary . . .

It's a curious thing. When the Hard Rock Hotel opened at UO, you knew exactly where you were in all the public spaces. It was loud and dripping in Rock and Roll. That all changed the closer you got to your guest room. The music got softer. The decor became more subdued. Upon entering the room, you could have been at any upscale hotel. There was minimal if any visual cues in the decor that you were at the Hard Rock. I kind of appreciated that. Looks like Disney is completely leaning a different direction. I like what they are doing with the overall look, but would have preferred an even lighter touch with direct character references. I'm all in with the idea of Edna Mode doing the design work, but I think it all went a bit to literal for standard rooms. I completely would like to have seen this done in themed suites, but for every room to be this covered in Character is a bit much I think.
If anything, it's the next step down the path happening at World Showcase pavilions at Epcot.

I was hoping the renovation would at least almost cater to my modern/luxe taste, not so much. I'm sure there will be plenty that will praise is mid-century modern vibe. Even though I typically spend my time between UO and Disney Springs, I'll stick to the JW Bonnet Creek.

@sxcymike: I am one of plenty.

Efteling to Retheme Its Most Troubling Ride