Award-Winning Pageant of the Masters Returns

July 6, 2021, 11:55 PM · One of southern California's most iconic attractions returns tomorrow after missing 2020 due to the pandemic.

Pageant of the Masters opens Wednesday night in Laguna Beach, following a VIP preview performance this evening. Founded in 1933, Pageant of the Masters brings together hundreds of local residents to recreate dozens of iconic artworks on stage in a "Tableaux Vivant." The production won 2020's Thea Classic Award from the Themed Entertainment Association.

This year's theme is "Made in America: Trailblazing Artists and Their Stories" and includes 50 art works staged at the Irvine Bowl amphitheater. Artists represented include:

While the Pageant does not allow photography or video of the show, it did provide handout photos of several scenes, including the recreations of Edward Hopper's oil painting Nighthawks, 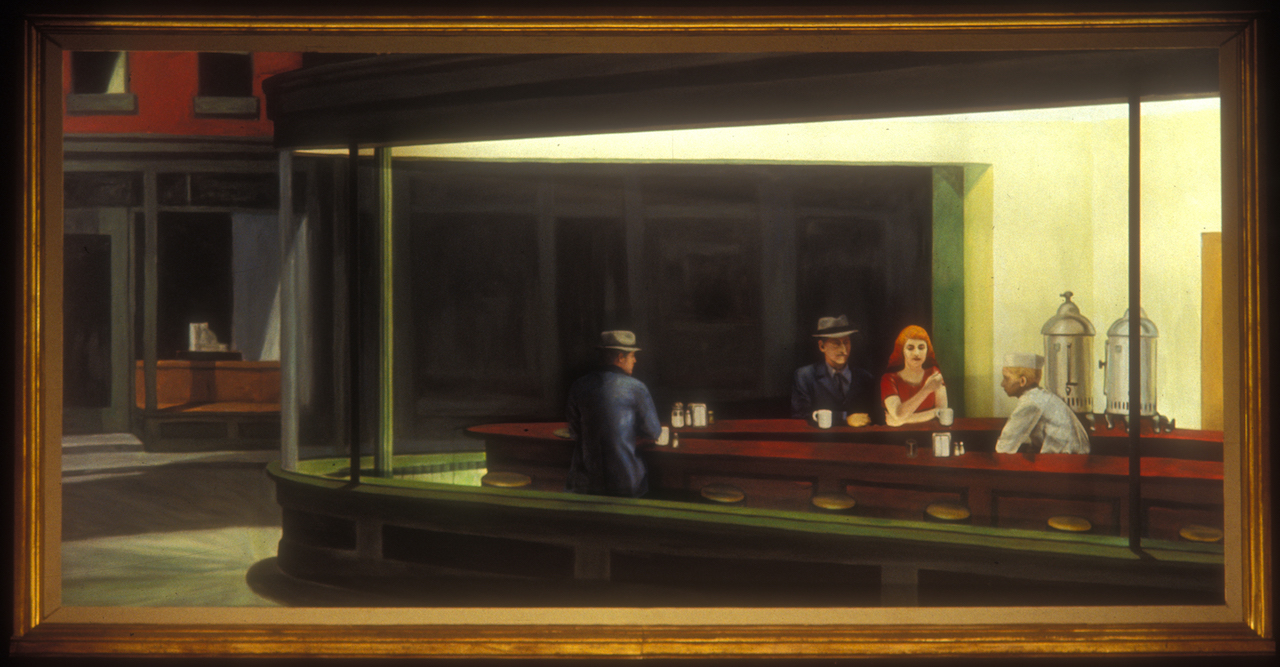 All photos courtesy Pageant of the Masters 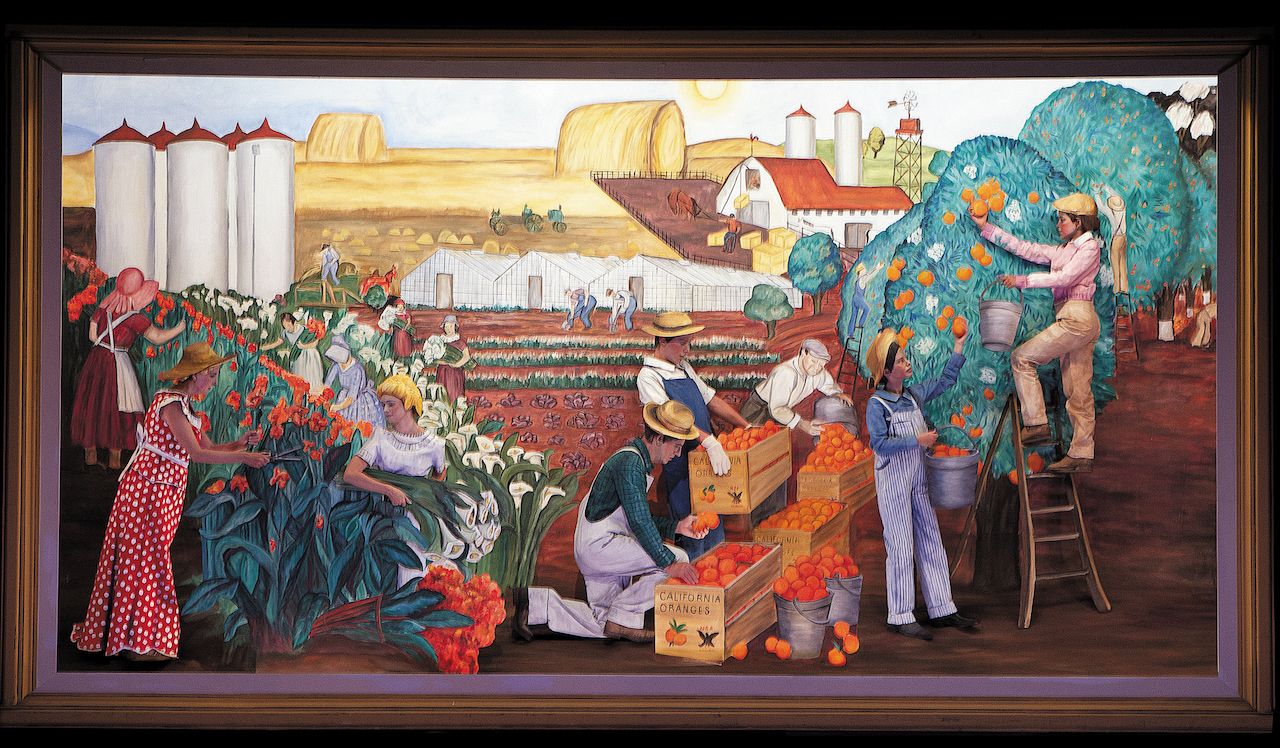 and Dorothea Lange's photograph of a family on the road during the Great Depression. Music accompanies the staging, with Woody Guthrie a particularly appropriate choice for the Lange piece. 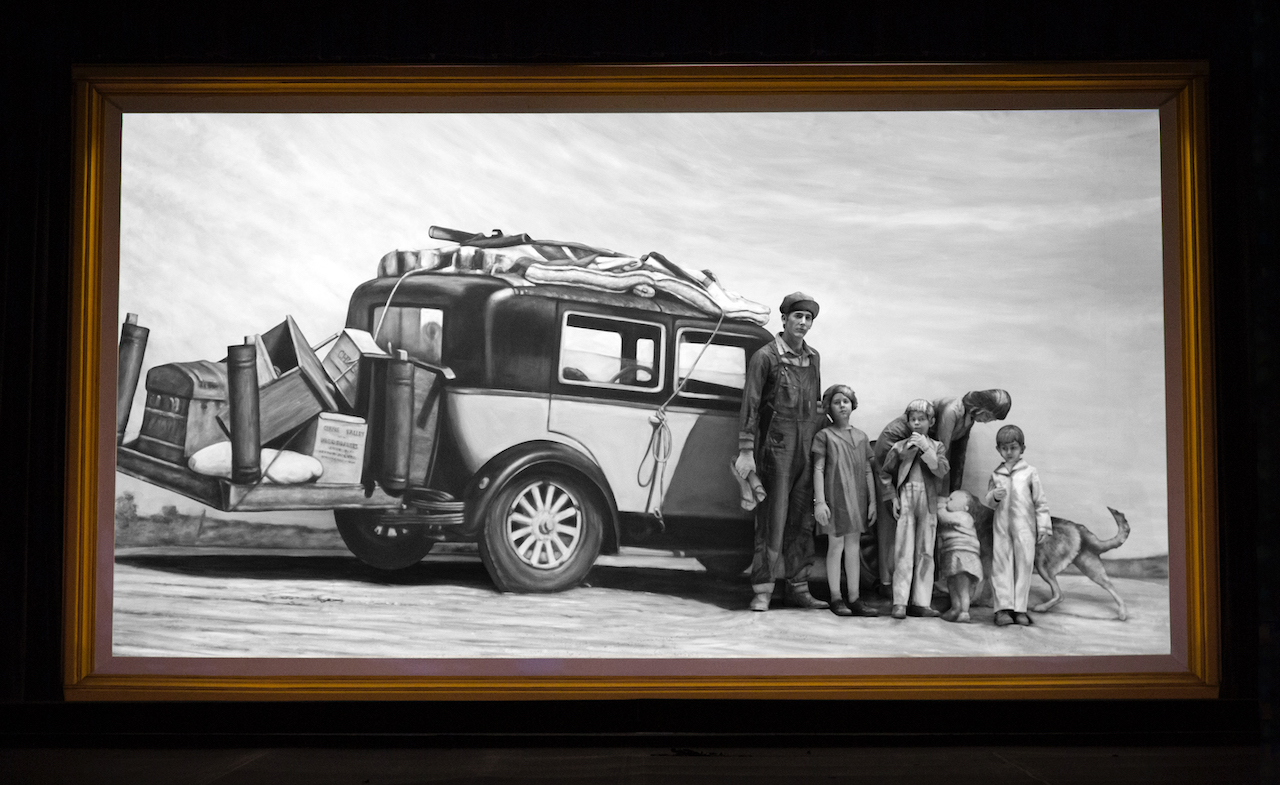 The Pageant also offered two behind the scenes photos that help illustrate how this particular image comes to life on the stage. 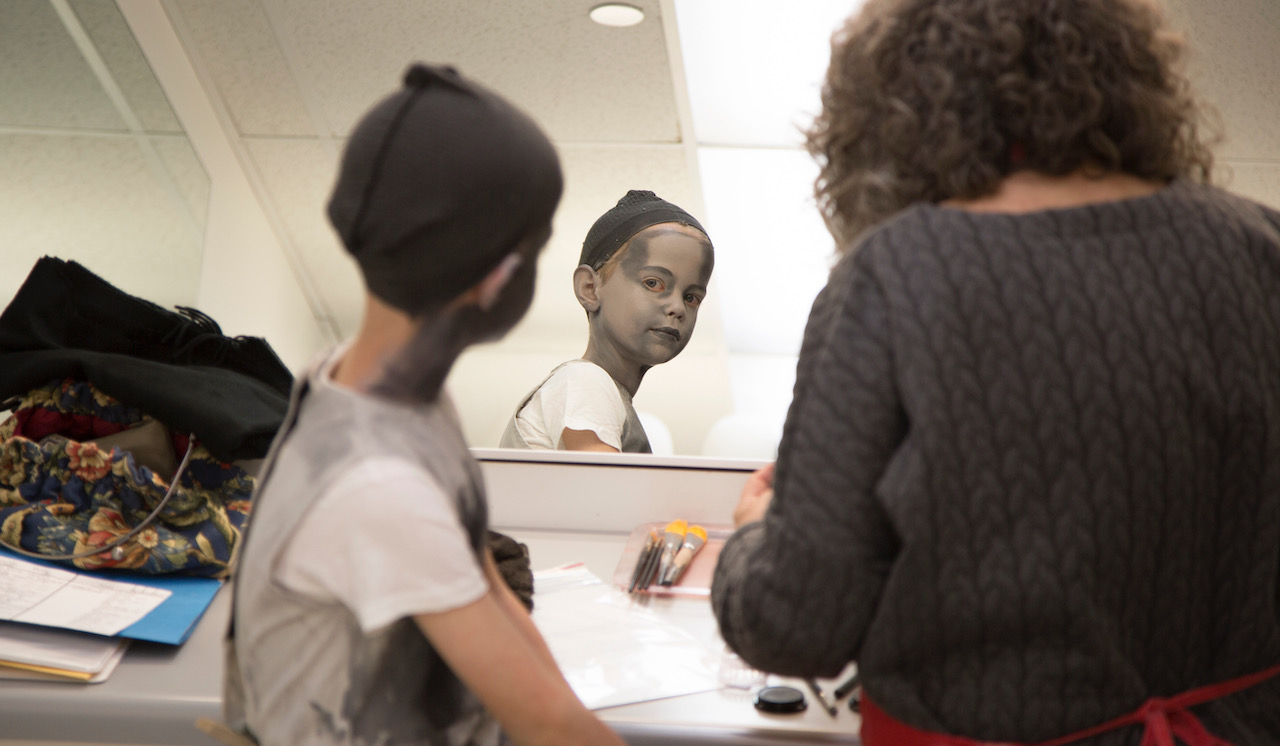 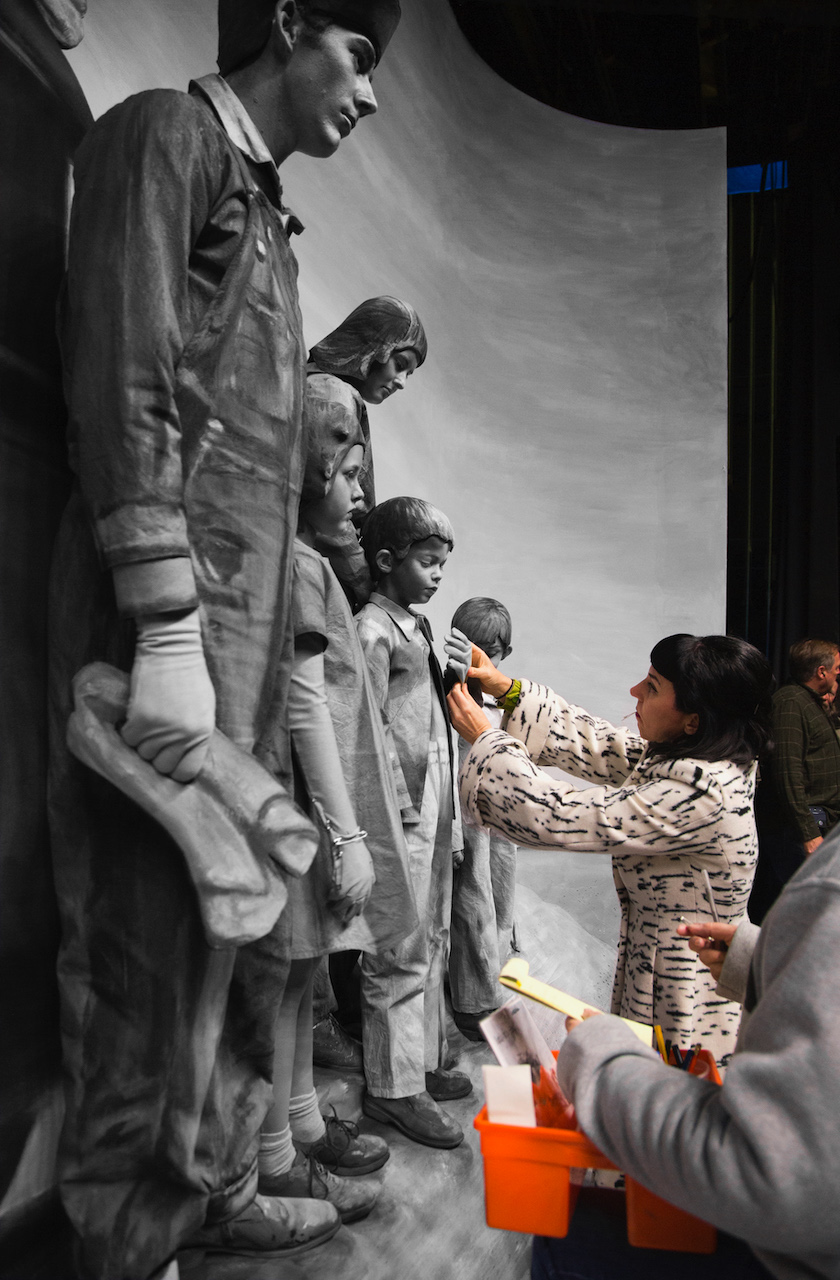 The show traditionally concludes with da Vinci's The Last Supper, and this year's production leads up to that with images from local photographer Matthew Rolston of The Last Supper volunteers, creating a meta statement reinforcing the Pageant's ultimate theme that art is alive - and that life is art.

Though Pageant directors employ impressive lighting, makeup, and production design skills to make the very three dimensional volunteers appear as a two-dimensional image on stage, seeing them come on and off reminds you that what appears two dimensional and static represents something three dimensional and alive. That realization challenges you to pay closer attention to art. What can you see if you do not allow your eye to glance past an image? Can you discover something more complex awaiting your attention?

Dialogue, blocking, and choreography create kinetic energy that can keep an audience from looking at a theatrical production the same way that they would look at a piece of art, such as a painting, sculpture or photograph. But Tableaux Vivant allows your attention to focus to the imagery on stage. It's the equivalent of slowing your march through a great theme park to witness the decoration and design detail. Once you start the habit of doing that, your eyes and senses begin to take in much more detail than they might have noticed before, even when you are not slowing or stopping to look.