It's Time to Return to the Fog at Knott's Scary Farm

Knott's unveiled one new maze this year, Mesmer: Sideshow of the Mind, a master class in carnival fun-house tricks that embraces the theatricality of Knott's mazes. You've got it all in here: a magician with an abused assistant, a hall of mirrors, a tilting hallway, strobe lights - and my favorite, a glass walkway over a seemingly infinite pit.

Like many Knott's mazes, you need to keep your head on a swivel to catch all the details. Scare actors come at you from every direction - even above. Puppets loom over you, while obstacles deter your easy progress through the maze. The balloons on the floor here in one scene were an original touch I'd not seen before in a local theme park haunt. Overall, this was my favorite maze of the year so far - a wonderful sensory overload that's not all blood and guts.

Less successful was the new show Invitation to Terror: Presented by Futuretronics. Set in the late 1980s, this show delivered its biggest scare simply by making me feel really, really old. The set-up here is that you're attending a trade show sponsored by Futuretronics, a high-tech start-up that's bringing CD players and home video games to market... along with a new source of power that will eliminate your need for batteries or expensive electricity bills.

And where exactly did millionaire CEO Tom Shackleford find that source of infinite power? Well, that's the rabbit hole we climb down when we enter the Mystery Lodge theater for this production. It's great to be back inside this theater, which has been closed since before the pandemic due to technical issues with the Mystery Lodge show. Invitation to Terror doesn't use Mystery Lodge's full Holovision effects, but it does offer a nice blend of media with practical staging, even if you can see the story's twist coming from, well, decades away.

I preferred two of Scary Farm's returning shows. Conjurers - Magic and Mirth in the Birdcage Theatre gives award-winning close-up magician Johnny Ace Palmer an opportunity to wow visitors with impressive sleight-of-hand tricks. Even watching from just feet away, it's darned near impossible to tell how he pulls off his tricks, including actually pulling a live rabbit out of a hat. 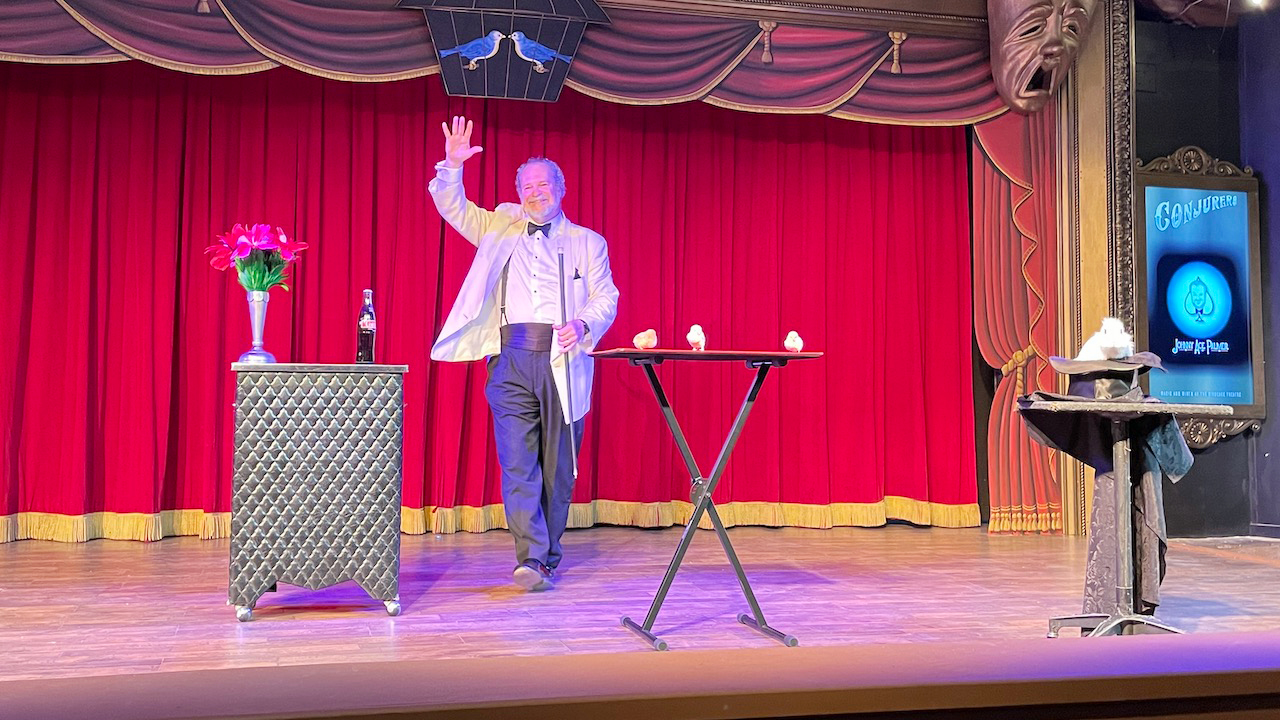 Puppet Up! Uncensored returns to the Walter Knott Theater for more improv comedy from Brian Henson's crew. It's crass, irreverent and totally silly and it again made me laugh harder than I have in months. 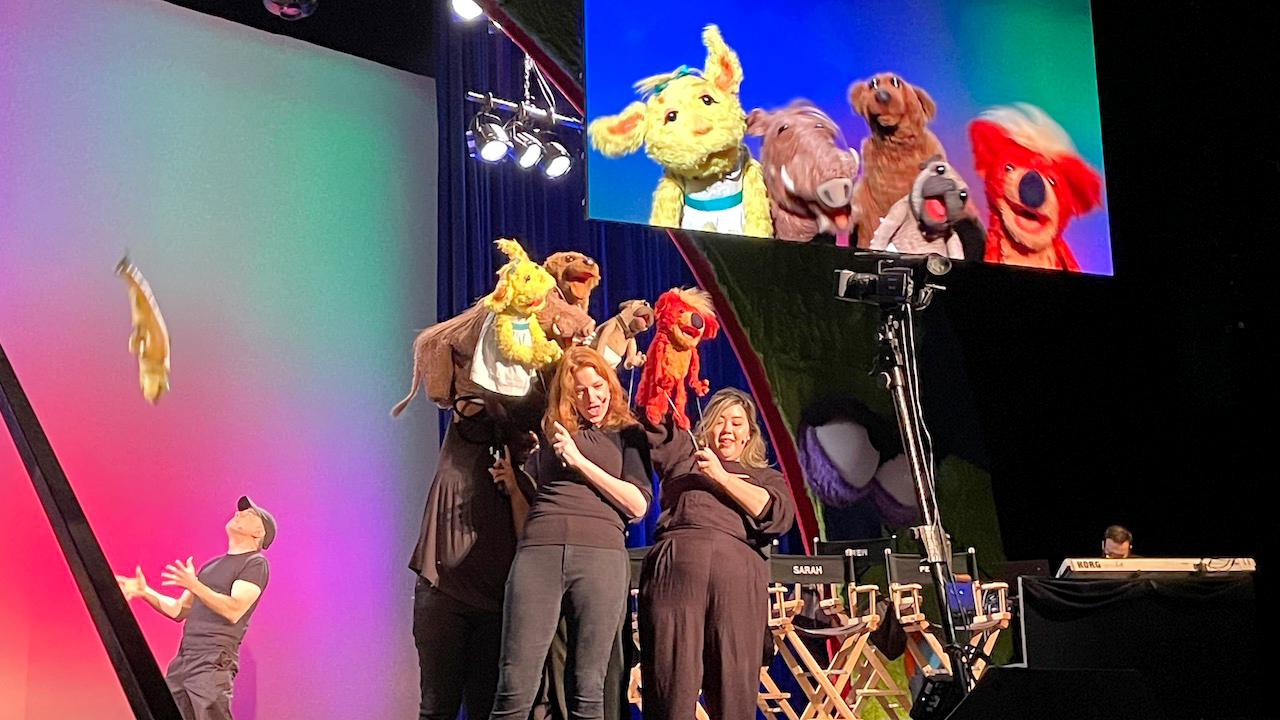 But Scary Farm is supposed to be about the scares, I suppose. You will find plenty in Knott's seven returning mazes. My favorite remains Origins: The Curse of Calico, which gives Knott's Berry Farm's Ghost Town the creepy backstory that the home of the industry's original Halloween haunt event deserves.

Dark Ride: Castle of Chaos rips theme park rides like only people who have worked in theme parks can. It's a sarcastic love letter to all the tropes found in classic dark rides, including those in a certain Mansion up the road.

If Mesmer left you, uh, hungry for something more... meaty, Wax Works delivers the non-stop blood and guts that Scary Farm fans crave. You'll find some great tactile effects in here, too.

The Depths starts slow but eventually delivers two of the best visuals at Scary Farm, led by an amazing smoke and laser scene that simulates walking through waist-deep water. Who knows what will emerge to scare you from that soup? That's topped - literally - by an impressive ship facade that actually rocks with the motion of that fake ocean.

Paranormal Inc. gets its last run at Scary Farm this year. This maze tries to redeem the troubling "haunted asylum" trope by making it the scene for an investigation into the paranormal. There's some great staging here, especially in the opening scene, but the industry really needs to move beyond mental illness as a setting for horror in any capacity.

Dark Entities offers some nice science fiction-themed scares, but any maze that uses a quarantine as a device is just cutting too close to home for me right now. Finally, Pumpkin Eater offers you all the rustic gore and guts that might just make you think twice the next time you ingest anything labeled "pumpkin spice."

By once again filling the park with monsters and bringing a full line-up of mazes, shows, and scare zones, Knott's did not half bake its Scary Farm this year. All together, this Knott's Scary Farm just feels like another step forward for the original theme park Halloween event, strengthening its claim on being the best, too.

Really excited for the Halloween season this year. I hope the pandemic has reinforced the need for parks to use more practical effects instead of relying on jump scares initiated by actors. For me, the best mazes are the ones that demonstrate an attention to detail and provide a unique design/experience, not necessarily the ones that are the "scariest". Mechanical and visual effects can be costly and tricky to pull off, but for me are the most impressive.