To Ear or Not to Ear? That Is the Disney Question

January 29, 2022, 5:12 PM · What makes a theme park a Disney park? Is it the castle? The princesses? The other Disney characters and IP? The cast members?

How about all the people walking around wearing some form of Mouseketeer ears?

If you've spent any time on social media, you've probably seen how people use Mickey ears - or, let's be honest, more often Minnie Ears - to send an immediate visual signal that they are coming to you from a Disney theme park. Disney has encouraged the trend by selling a wide and growing variety of ear-themed head gear, though some devoted fans pride themselves on making their own ears for use when visiting Disneyland or Walt Disney World.

The ears first appeared as the head gear for the Mouseketeers on the original The Mickey Mouse Club television show in the 1950s. These are the classic ears - shaped black felt with two black plastic disks attached. In the parks, fans could personalize the ears they bought by getting their name embroidered in yellow thread - something that used to be one of the great freebies in the parks but that Disney eventually made an upcharge.

Today, it's rare to see the classic ears amid the sea of other options available in the parks and online. But it's even harder to go a minute inside a Disneyland or Disney World theme park without seeing someone wearing some form of Disney ears.

There is no wrong answer here, of course. You do you. No matter your style, you either can find a pair of ears for you on sale at Disney or you can find plenty of fans online willing to help show you how to make your own unique pair.

As someone who covers the Disney theme parks for a living, you might think that I would have a large collection of ears for use whenever I visit the parks. And I thought I did, too, having gotten many ears from Disney at various press events over the years. But when I went looking around the house to find them, I discovered that I have kept just two: 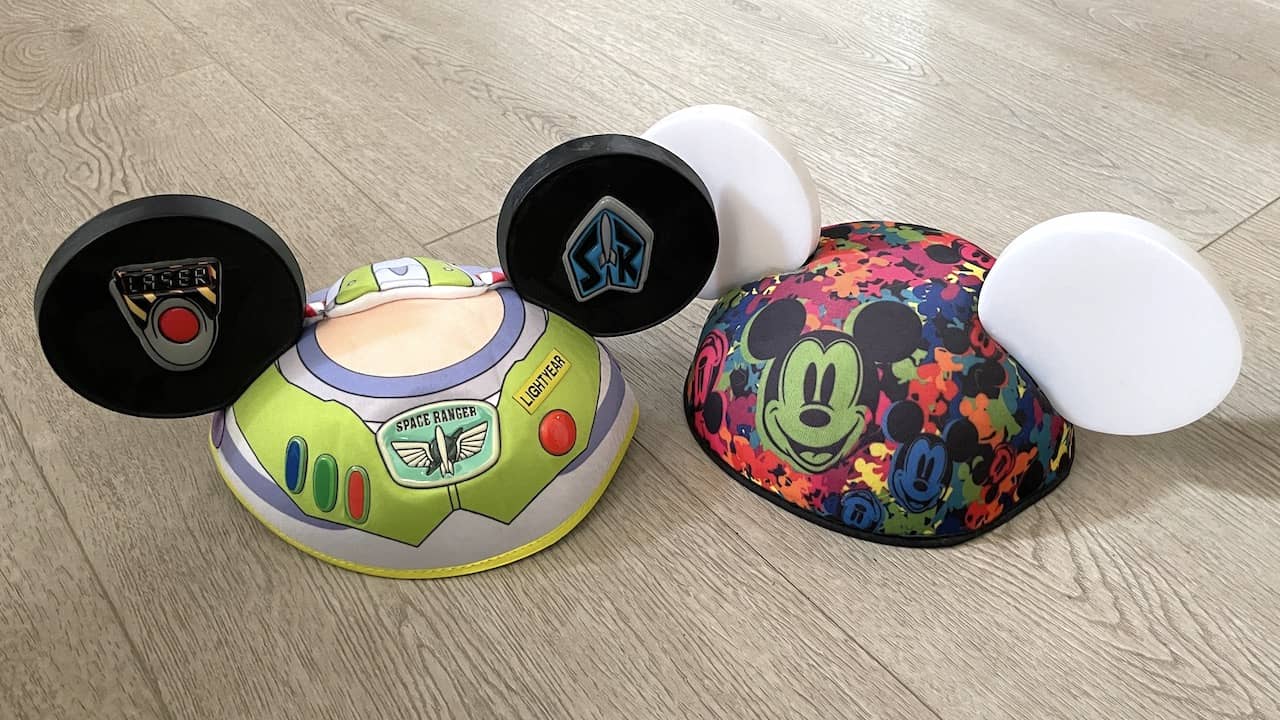 All the rest I have given away, as I do with pretty much all the stuff I get from press events. I can't remember buying a pair of ears since graduate school, when I took a spur-of-the-moment roadtrip from Indiana University in Bloomington down to Orlando and bought several pairs to bring back to my friends as proof that I had gone to Disney World for the weekend. (I had the ears personalized with my friends' names, too, which was free back then.)

And this is the only photo I could find of me wearing a pair of ears. 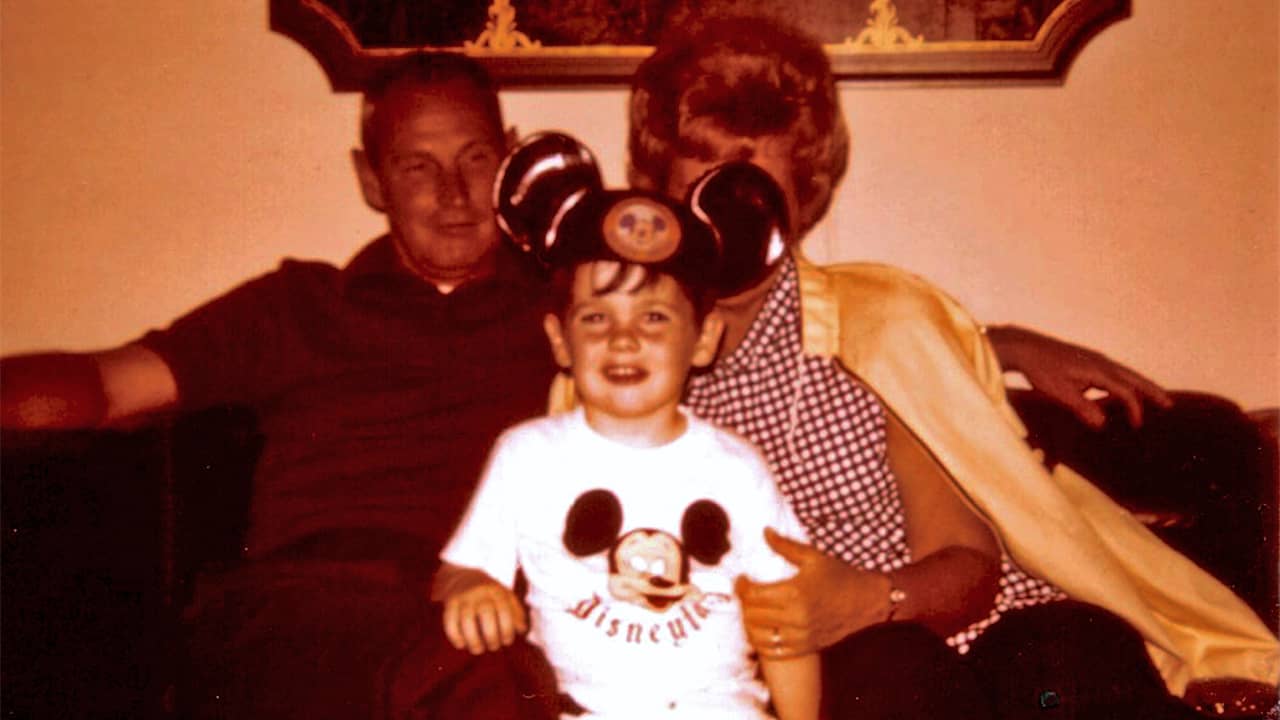 Yeah, it's been a minute.

Disney ears provide a wonderful way for park guests to express themselves and, maybe, to stand out in the crowd. But I prefer to blend in and not draw attention to myself while reporting in the parks. (This is probably a horrible strategy for me professionally, alas.) If you ever see a photo or video of me wearing Mickey ears, consider that my secret signal to you that something has gone terribly wrong. Send help, immediately.

What's your favorite pair of Disney ears, either that you've had or that you have seen in the parks?

If you are looking for discounted tickets to Disneyland or Disney California Adventure, please visit our authorized partner's Disneyland tickets page.

Only a couple of times, usually at a family dinner. Otherwise, nope, never been into the ears.

I have only ever bought 1 pair of ears, and they were from someone else. They just aren't my thing.
But I do see people at the parks wearing them with pride and having a good time doing it

Sometimes, but only because my wife begs me to.

This is an excellent example of how the opinions expressed on a TPI thread represent a VERY narrow demographic. Of course the site's patrons are going to click on "never". The site's audience skews toward the 12 year old to 45 year old demo. Coasters, simulators, thrills. No princesses. No charm. No magic.

The only time I ever wore them was when we went for a Very Merry Christmas party, and I got a pair where the ears lit up. My son got a pair with Goofy ears that flopped down and also lit up. I have no idea where they are now- probably gathering dust and leaking battery chemicals. And Robert, not that there was any question, but that picture of you wearing the ears is better than a DNA test to prove that your son is your son. I've rarely seen such a close resemblance!!

I'm honestly not at all surprised by the poll results for this group. And of course, I don't walk into any Disney park without my Minnie ears. Being on the cusp of 50, that is one thing that hasn't changed since my childhood and it is an important tradition I'll never forgo.

I feel ears are a must-have novelty, but not something that I am compelled to strap on when I visit a Disney park. For me, it's like wearing the t-shirt of the band you're watching live in concert. Theme parks are not sports teams, so there's no need to display your fandom to others around you (in fact, I almost always wear a shirt from a competitor when I visit theme parks). Ears are a nice little keepsake to help you remember a specific trip, and most are a reasonably priced souvenir that you just can't get anywhere else, especially if you get them personalized from the Chapeau.

I do think Disney was onto something with the light-up ears that reacted during World of Color, but as Robert has mentioned before, they create the "prisoner's dilemma" in that the wearer derives no enjoyment from the interactive features because they're strapped to the top of their head. I like some of the uniquely designed ears that Disney has pumped out in recent years, since they allow you to buy a new pair that memorialize a specific visit, but so many of them are outright unwearable, certainly if you plan on riding attractions that necessitate taking them on and off to stuff in bins or in footwells of ride vehicles.

I LOVE Mickey ears! But it's funny, I have a bit of a collection for display, not necessarily wear. But wouldn't be opposed to sporting some of my new Christmas gifts at the parks - custom Haunted Mansion and 3D-printed Country Bear Jamboree ears! <3

The kids love them and we have a half-dozen pairs.

I could care less, except for the pair we got at B33, which are special because they prove we went to B33, haha.

This is really (sorry) extremely UN-interesting...
Why would this be a topic ?
(From an European viewpoint, excume me, it only fits in with "Wierd American sociologic behaviour" .... )

I fell in love with the original Rose Gold ears and have added a couple of more to my collection. As a 52 year old, I do wear them since I paid for them.

I bought a pair for my Mom and myself on a visit to Disneyland a couple of years before she passed away. The photos of us in front of the castle at DL are one of my very favorite images of us together. The mouse ears don't fit my pumpkin shaped head very well, so I don't wear them, but I do see a pair of mouse ears as a cultural icon that all first time visitors deserve to have a pair of.

In the parks, I ALWAYS wear a Disney hat and tee shirt, but never the ears. They're cute, though.

@Herwig I get where you're coming from, but I grew up in the second generation of the Mickey Mouse Club. I WANTED ears.

But the large plastic ears aren't conducive to roller coasters, even with the elastic chin strap.

So I DEFINITELY get your point.

They are more of a souvenir than something to wear in the parks, for me. Not sure I would buy them again, especially now that the name embroidery costs extra. But I AM glad that I have a pair.

Universal Orlando Brings Its Milkshakes to a New Yard