May 12, 2022, 6:41 PM · Want to turn heads with a flashy status symbol? Even in jaded Southern California, a shiny new Ferrari will almost always capture attention. So when Legoland California looked to upgrade its old Build & Test attraction, the Prancing Horse rode to the rescue. 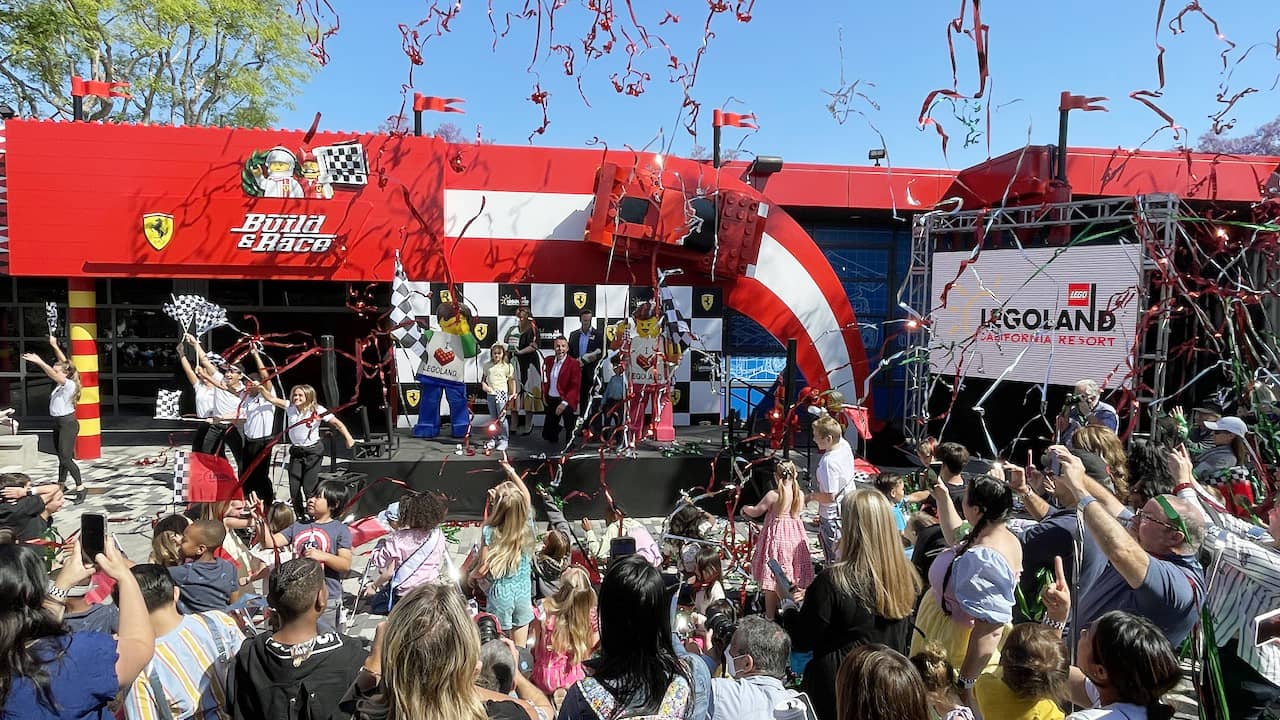 This interactive attraction begins with a "garage" featuring a wall detailing the history of the Scuderia Ferrari - the only team to compete in every race of the Formula 1 World Driving Championship since its beginning in 1950. [If you are a race fan, I just finished Brock Yates' Enzo Ferrari: The Man and the Machine, which I recommend for a detailed look at the team's founder. Michael Mann is now directing a movie version, starring Adam Driver as Enzo Ferrari.] But all eyes will turn immediately to the life-sized Lego model of a Ferrari F40 that stands in the center of the room. 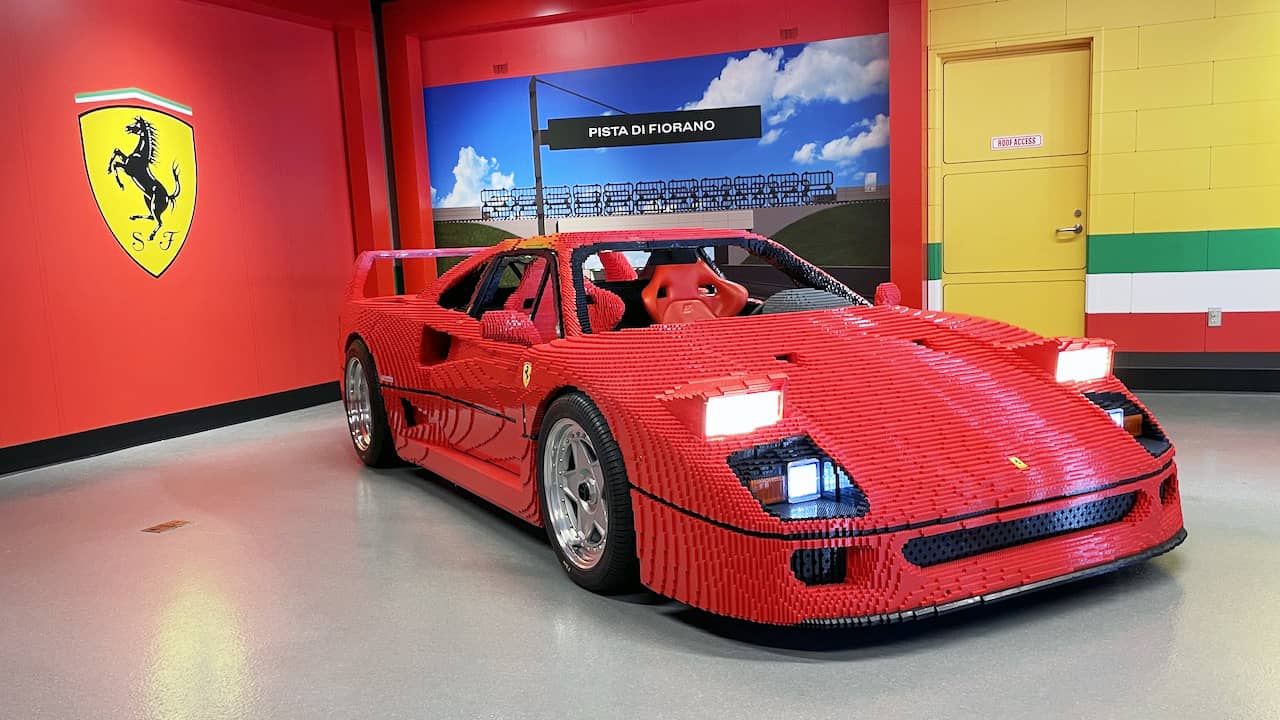 Made from more than 350,000 Lego bricks, the model may be the photo-grabbing star of the show, but the real fun in this interactive attraction awaits in the next two rooms. 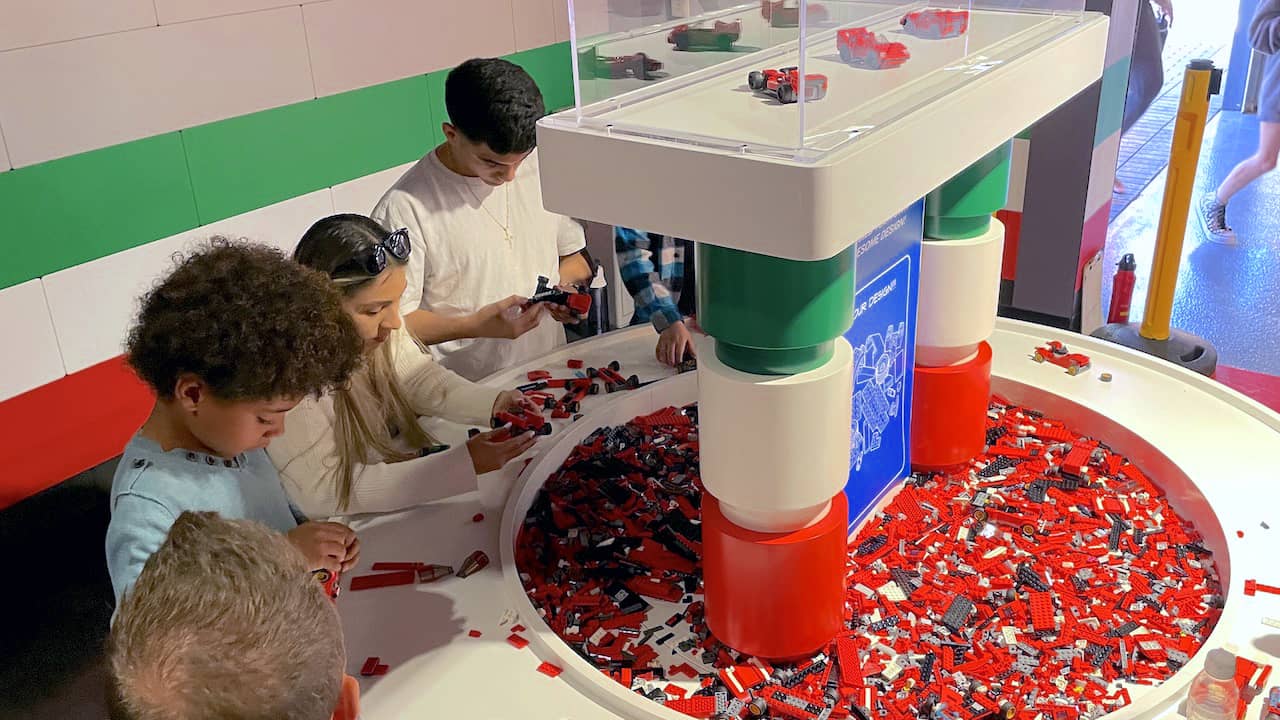 Visitors can dig into Lego bricks - mostly in Ferrari's signature red, of course - to build their own model Ferrari race cars. Go for a sports car, a touring car, or a Formula 1 car - it's your choice. There are suggestions for you to examine, but no one's holding you to follow any directions here.

After you build, you can take your car to one of several different tracks for a quick, Pinewood-derby-style test. 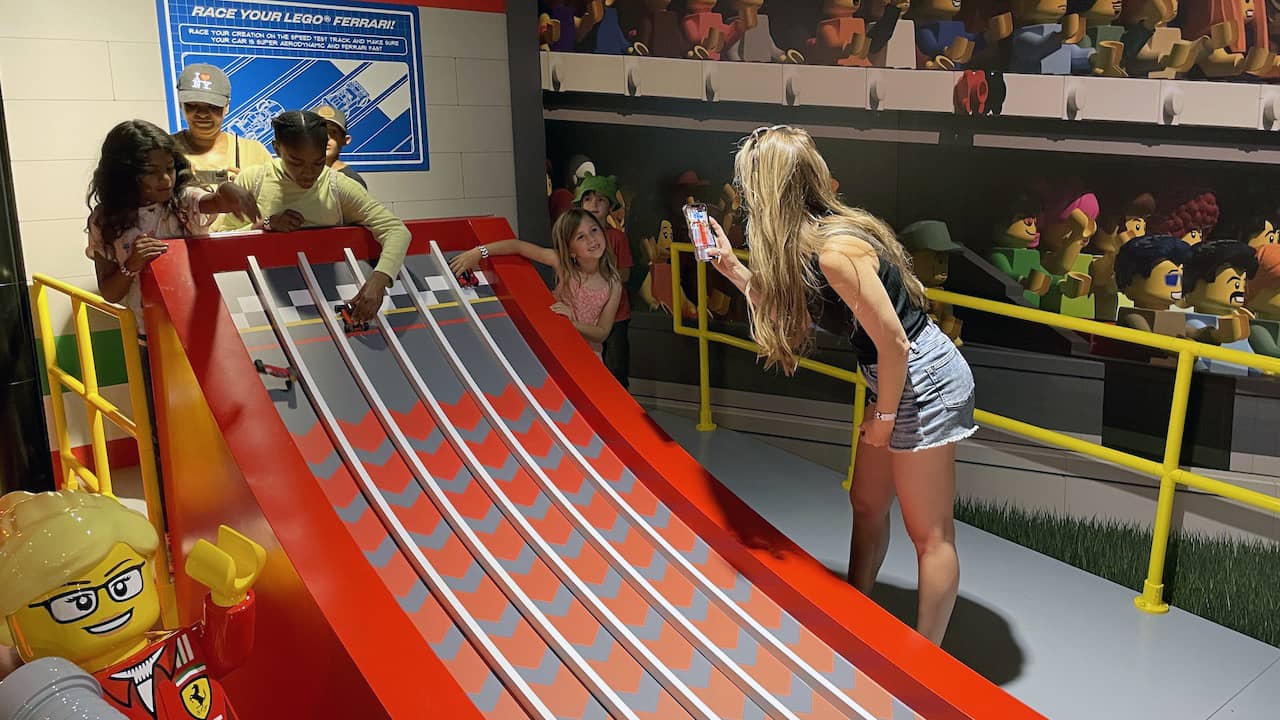 If you are satisfied with the build, then head into the next room for the race. 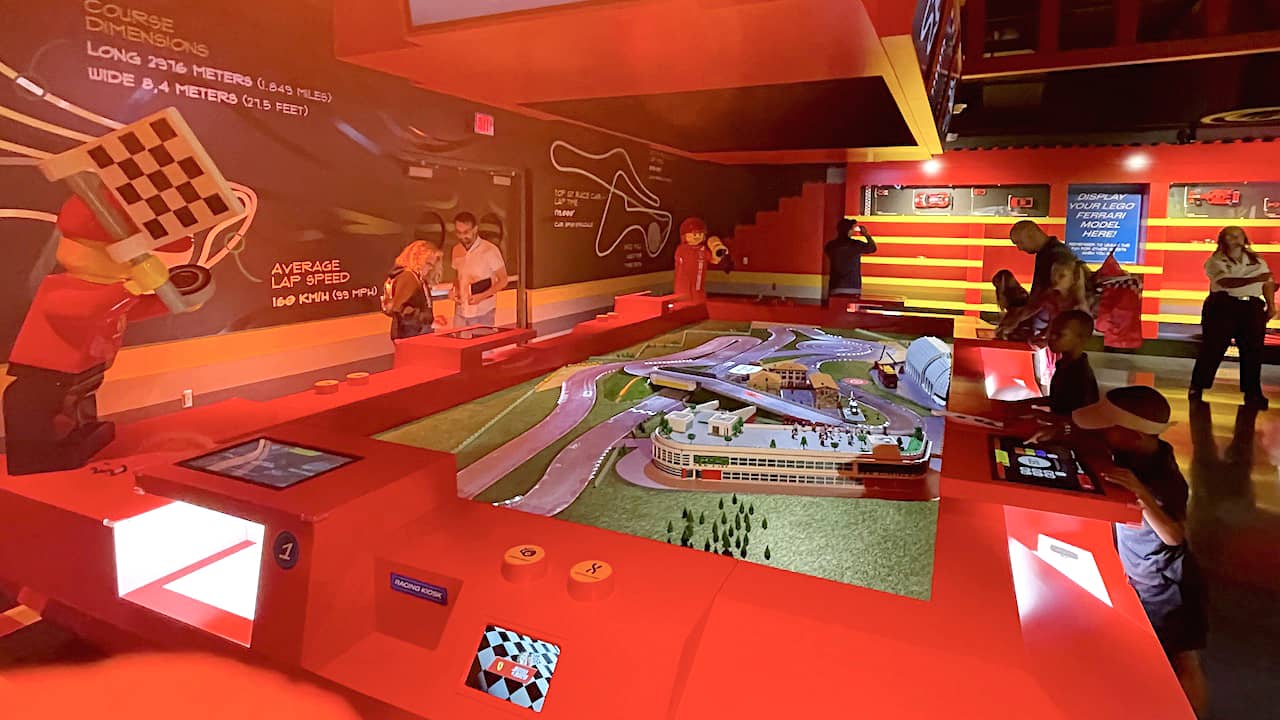 This is the neat new part of the attraction, for me. You can place your model in a designated trackside cubby to be scanned digitally. After that, the touchscreen will prompt you to customize your model by selecting an engine and tires. Like Enzo, I went for raw power and chose a V12. But when picking tires, you might want to check the weather forecast in the upper right corner of the screen before defaulting to the fast racing slicks. You won't set a fast time on those in the rain.

Racers get three virtual laps around the track to set a time. And no matter what you post, you can head over to the podium for a victory photo after your race. You can find my video demo of Lego Ferrari Build & Race on Theme Park Insider's TikTok and Instagram pages. (Please follow us there, too, if you haven't already!)

It's Legoland, so if you want to take your time with a build, or go back and try again, you can. (Or at least you could this morning.) This is one of those interactive exhibitions where your attention span will dictate how long you spend here. If you are a race fan with an interest in history and a love for building with Legos, this might command a good chunk of your time. If not, a quick selfie with the F40 might be all you care for before moving on to other Legoland attractions.

Me? I'm still trying to build a Lego key that will start that F40.

If you're interested in visiting and looking for deals on tickets, please visit our authorized partner's Legoland California tickets page.

Where is this located in the park? I assume from your description that this is a constant flow interactive exhibit, not a time-scheduled show-type attraction like Mindstorm. I guess not having to schedule this like Mindstorm will be a bit more guest-friendly, but it also means that the speed of the line will be heavily determined by guests, and could move extremely slowly.

It's in the Imagination Zone, across from Mindstorms.

The Red Cars Are Returning to Disneyland