The Red Cars Are Returning to Disneyland

May 12, 2022, 8:36 PM · Neither Judge Doom, nor Tony Stark, could kill the Disney Red Car. The Disneyland Resort announced today that the Red Car Trolleys will be returning to Disney California Adventure park this summer.

The Red Cars have been parked ever since Disney began construction on its Marvel-themed Avengers Campus before the pandemic. But with Avengers Campus complete and now pandemic restrictions lifting in California, Disney said that it is ready to bring back the Red Cars. 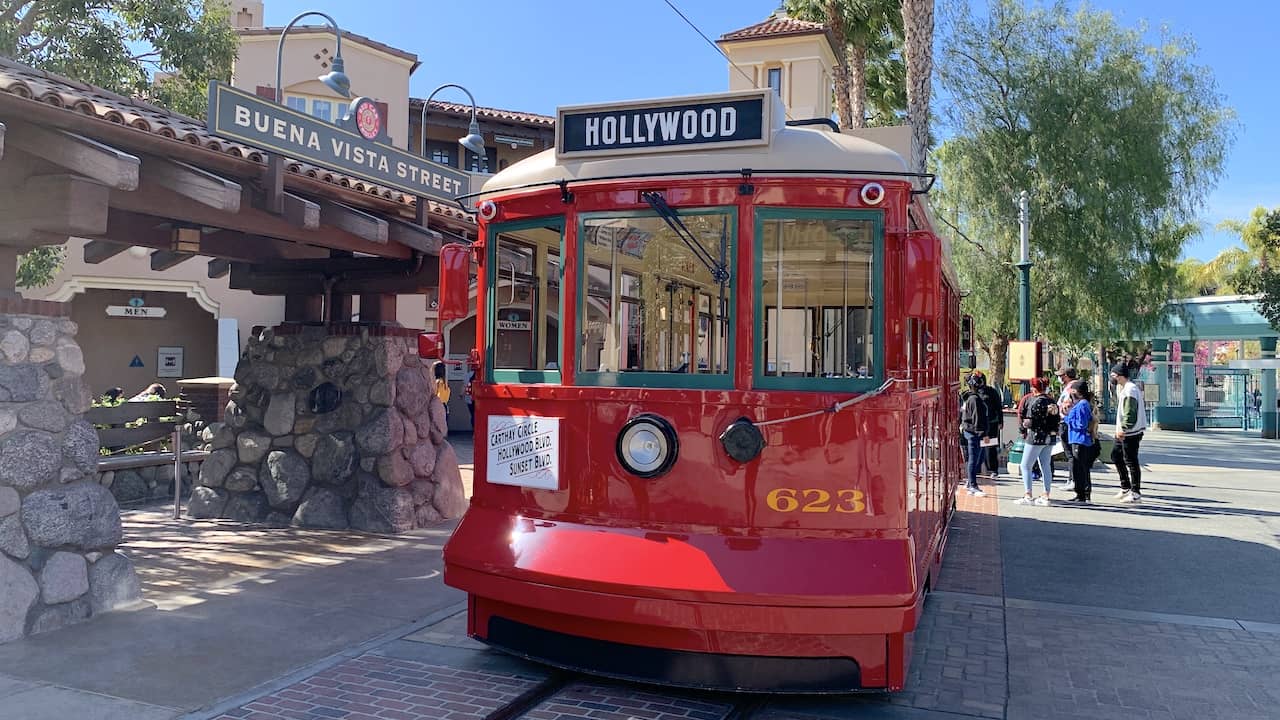 Based upon the historic Pacific Electric Railway Company trolleys that once delivered passengers all over greater Los Angeles - introduced to a new generation through "Who Framed Roger Rabbit?" - the Red Cars carried passengers up and down Buena Vista Street and Hollywood Boulevard in Disney California Adventure since the park's 2012 refurbishment. With the recent changes in the park, the Red Car tracks now lead into the edge of Avengers Campus, bringing this early-20th century transportation system into DCA's 21st century.

The Red Cars also provided a stage for Mickey Mouse and the newsboys to perform songs from "Newsies" in DCA's Carthay Circle, so we will see if that live entertainment also returns along with the trolleys.

If you're interested in visiting and looking for deals on tickets, please visit our authorized partner's Disneyland tickets page for discounted tickets to Disneyland and Disney California Adventure.