Disney Wish sailed into its new home port at Port Canaveral, Florida yesterday. The ship completed the trans-Atlantic voyage from the Meyer Werft shipyard in Bremerhaven, Germany and will welcome Disney cast members for a shakedown cruise this week before welcoming reporters for its Christening Cruise on June 29. The ship's public Maiden Voyage will set sail on July 14. 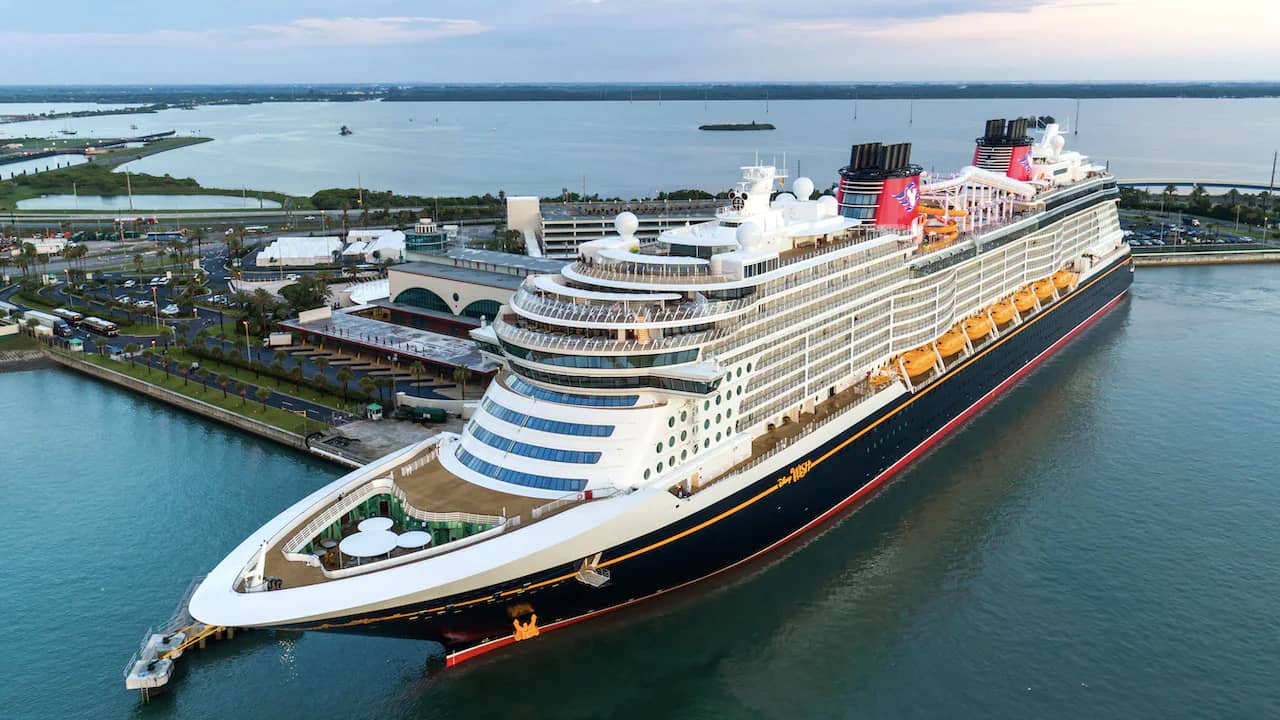 Disney Wish will be sailing three- and four-night itineraries to the Bahamas this inaugural season, including a stop at Disney's private island, Castaway Cay. On board, the Wish will feature a new "The Little Mermaid" live musical in its Walt Disney Theatre, two new dinner shows, including a "World of Marvel" interactive experience and a Frozen-themed show, an AquaMouse water coaster featuring media screens, an augmented reality experience called Disney Uncharted Adventure, plus Star Wars, Marvel and Imagineering-themed adventures for kids, and Star Wars and Beauty and the Beast-themed lounges for adults.

Stay tuned next week for more coverage of the next-generation entertainment designed by Walt Disney Imagineers for the Disney Wish, including the ship's Christening ceremony.

And for even more themed entertainment news, please sign up for Theme Park Insider's weekly newsletter.

I know more people right now here in FL with COVID than at any other time. It went through my house in the last 2 weeks like wildfire, same with my brother's family. Debut is only a few weeks away ...

The name of the boat will give critics an easy target when COVID sets in. "Disney Wish or Death Wish?" they'll write.

My parents are taking cruises. With any vacation, you're taking on some level of risk (really any time you leave the safety of your home), so it's a personal calculation as to how much risk you're willing to take on to live your life. My parents are at the point in their lives where they won't be able to travel the world much longer, so they are accepting the COVID risk so they can actually travel versus waiting for COVID to disappear, and risk being too old to travel anymore.

It's a personal decision, and if you think a cruise is too risky for you, that's your choice, but don't denigrate others for taking reasonable risks on choices that enrich their lives.

Is calling someone a daredevil denigrating them? I wish them the best of luck.

They know they can travel to places by other means than a cruise ship, right? I mean, they can travel literally _everywhere through the far, far safer means of a plane, or most places by car. Cruise ships are particularly susceptible to covid outbreaks, as we all know. Why not choose safer travel?

Quite frankly, i dont think going to jfk airport its a lot safer than taking a cruise ship. Or Walking at Miami Beach for that matter. Or watching the fireworks at magic kingdom with this crowds. I hope they do enjoy their trip on the Disney wish. Bon voyage!!!!

Different strokes for different folks thecolonel, and calling cruisers "low information travelers" is pretty denigrating IMHO. You do realize that cruise ships offer the unique ability to visit multiple locations in a single trip that would otherwise require multiple transfers via numerous different transportation methods? My parents' most recent cruise earlier this year started in the French Riviera and ended in the Adriatic Sea (including ports of call in 7 different countries). You simply can't visit that many places in less than 2 weeks by car, plane, and/or train.

Personally, I'm not a fan of cruises (and certainly not uber-expensive Disney cruises), but I understand their appeal to some people and do not begrudge cruisers the type of vacation they choose to take.

My parents just had a cruise to St. Thomas two weeks ago. Masks, constant checks etc and shore time limited, they seemed to enjoy it. Personally, never a fan in the best of times and they did both just second boosters but still felt it a bit crazy. Still, they enjoyed it and my mom a nurse to balance the risks so their choice.

FWIW, DCL is enforcing stricter Covid rules than anyplace else I have seen in the travel section right now: Mandatory vaccines for all eligible passengers, and recent negative tests for everyone on board.

The current death rate is .2% (as in 2 out of 1000, note the decimal), and as Robert stated, all on board must be vaccinated AND have a recent negative test. Feel free to stay in your bubble, Colonel.

In my bubble of not going on a cruise ship? No problem. Meanwhile I invite you to cruise away, sounds perfect for you.

In your bubble for not accepting a return to normalcy, Colonel, and insulting those who are accepting of it.

Shaq to Bring Halloween Back to The Queen Mary