All Aboard the Disney Cruise Line's New Disney Wish

June 29, 2022, 5:47 AM · Just over two years ago, many fans wondered if Disney would be able to stay in the cruise business. Sure, the pandemic had shut down pretty much every segment of the leisure travel business, but the weight of the pandemic crushed no industry harder than it did cruising.

The quarantine of Princess Cruises' Diamond Princess in a Japanese port distressed countless readers and viewers around the world as their first tangible example of what the pandemic soon would bring upon their communities. Cruises long had been fighting a reputation as floating Petri dishes, but the "novel coronavirus," as Covid-19 was known initially, made noravirus seem a piffle. How could the industry be able to come back from the worst outbreak of disease in most people's lifetimes?

That concern was not unfounded. The world's largest cruise ship, by passenger volume, is about to take its maiden voyage - straight to the scrapyard. No buyer stepped forward to purchase the 9,000-passenger Global Dream II after its owner, Genting Hong Kong, filed for liquidation before the ship could set sail. Who would want to launch a new cruise ship in an environment like this? 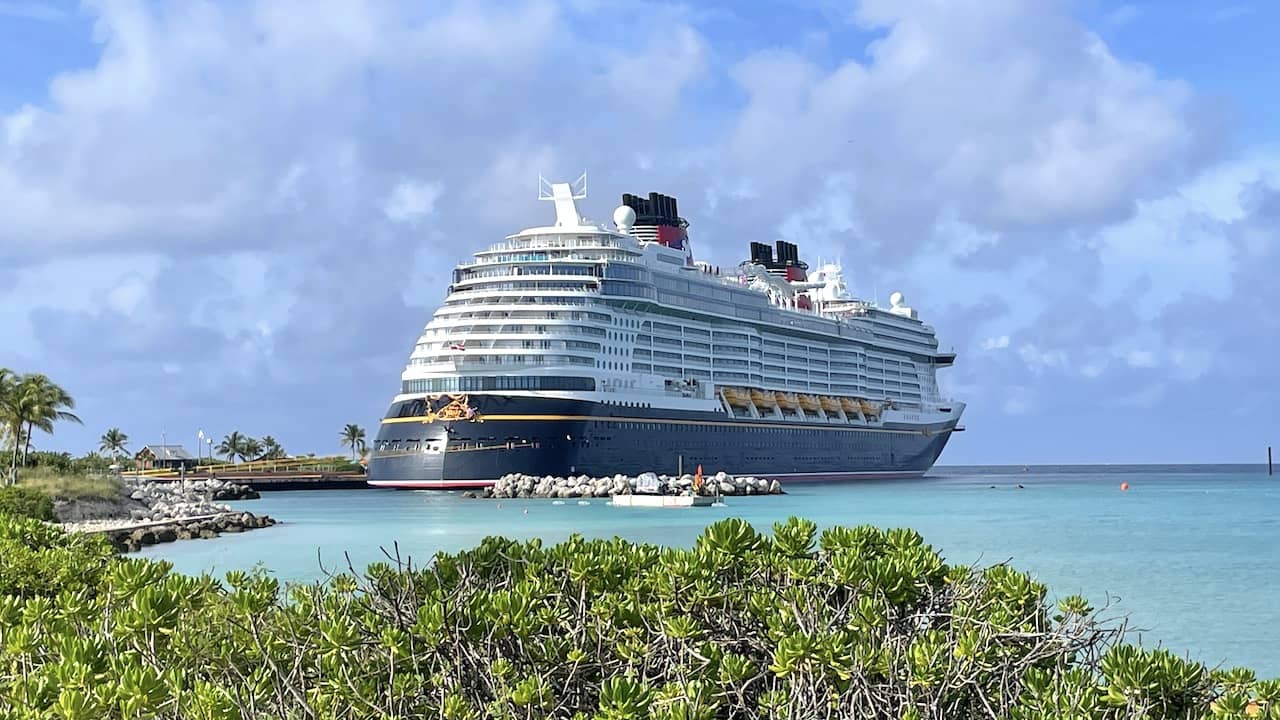 The Walt Disney Company, for one. Today, the Disney Wish sails from Florida's Port Canaveral on its invitation-only Christening Cruise. The fifth ship in the Disney Cruise Line fleet is the company's largest, at 144,000 gross tons and with a capacity for 4,000 guests. More than 90 percent of Disney Wish's 1,254 staterooms will have a view of the ocean, with 70 percent (948 rooms) offering Verandahs - the most in the Disney fleet.

Those Verandah rooms start at $2,153 for two adults on a three-night Disney Wish cruise to Castaway Cay. But few guests book Disney Cruises just for the rooms. DCL's legion of fans sail for the "magic" of a Disney experience - the unique mix of on-board entertainment and activities that allow Disney to charge a premium for its voyages, relative to other major cruise lines. With Disney Wish, Disney looks to level up those on-board experiences, setting a new standard not just for Disney but also the entire the cruise industry.

We are sailing on the Wish's media preview Christening Cruise, and our coverage follows.

First, a look at our stateroom, an Accessible Queen Deluxe Oceanview Stateroom with Verandah.

If you really want to "wish" big, Disney offers themed suites on the Wish's concierge level.

And above those stands Disney's first multi-level "Tower" suite.

For an overview of the ship, here is my walking tour around the Disney Wish.

At the top of the ship, winding around that Tower Suite is the AquaMouse, which the DCL is calling "Disney's first attraction at sea," a water coaster enhanced with video tunnels showing new Mickey Mouse cartoon scenes.

Down below, in the Wish's Walt Disney Theatre, the Disney Cruise Line will stage two new productions: "Disney Seas the Adventure," a musical revue starring Captain Minnie Mouse and a collection of other Disney characters, and a new staging of "Disney The Little Mermaid." Although neither show was complete in time for the media preview, we did get to see previews of both shows.

For other dining options on Disney Wish, please see our review: Where to Eat and Drink on Disney's New Cruise Ship

We did not get to preview the Wish's two upcharge restaurants, but we did get a tour of Enchanté by Chef Arnaud Lallement.

Also for adults, Disney offers and expanded Senses Spa aboard the Wish.

And for kids, there are several delightful options in the Oceaneers' Club.

Finally, there's that day on the beach at Castaway Cay. We had some thoughts about that, too: Can Disney Unlock the Key to The Bahamas?.

Will all this tempt more vacationers back onto the water, after all that has happened over the past two-plus years? If it does, then Disney's "Wish" will be answered.

I’m glad to see DCL and the cruise industry in general bouncing back, but I’ll also admit to COVID making me nervous. There are several YouTubers that I follow that have mentioned in the past few weeks that they’ve tested positive for COVID. A Diamond Princess scenario pops up in my mind every time I consider booking a cruise these days.

My parents took one to St. Bart's a couple of weeks back, both having just gotten double boosted. No signs of illness from them since so maybe depends on the ship and who's on it. It's tricky as ships were petri dishes for disease even when things more normal, I personally wouldn't want to travel right now but some folks still want to do it.

On sublevel level 3 they have a clean room where dudes in hazmat suits will spray you with clorox while you watch Disney+ shows!