Columbia Pictures Aquaverse will be a redesign and rebrand for Amazon Falls' Cartoon Network Amazone water park, which opened in 2014. [Sony to License Columbia Pictures Waterpark in Thailand]

It appears that the initially promoted Men in Black-themed water slide did not come through, but Columbia Pictures Aquaverse will feature the following themed zones: 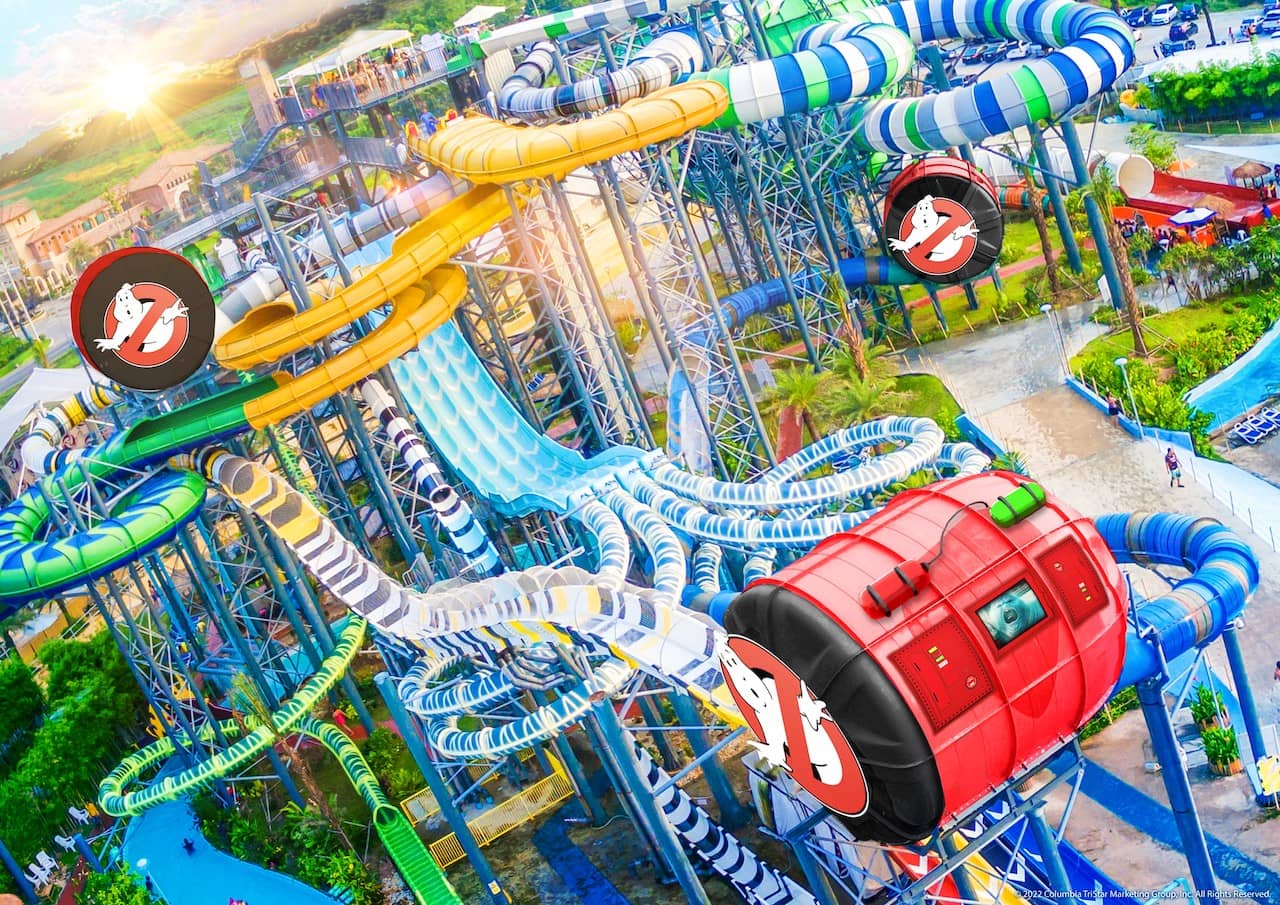 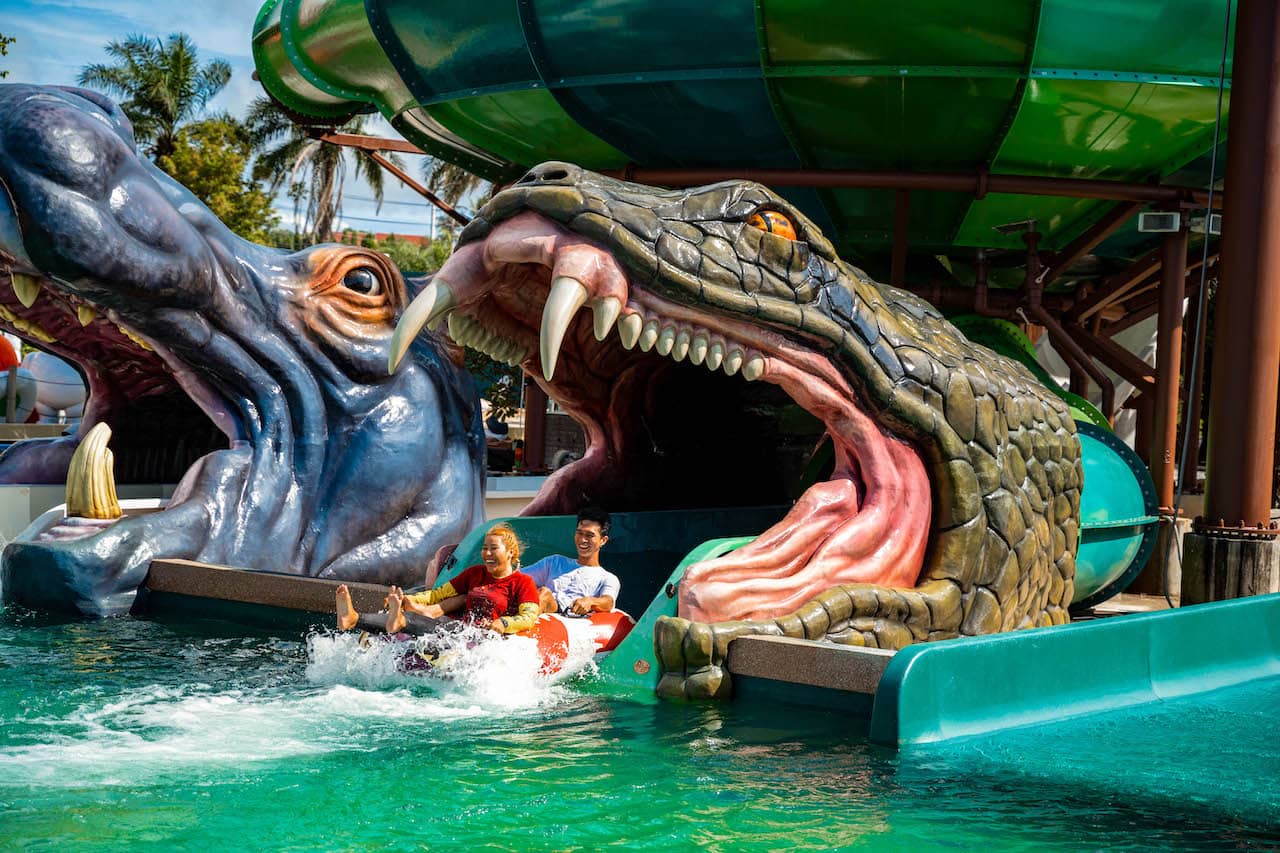 Zombieland Zone, with Double Tap, The Beast and Zombie Chase. 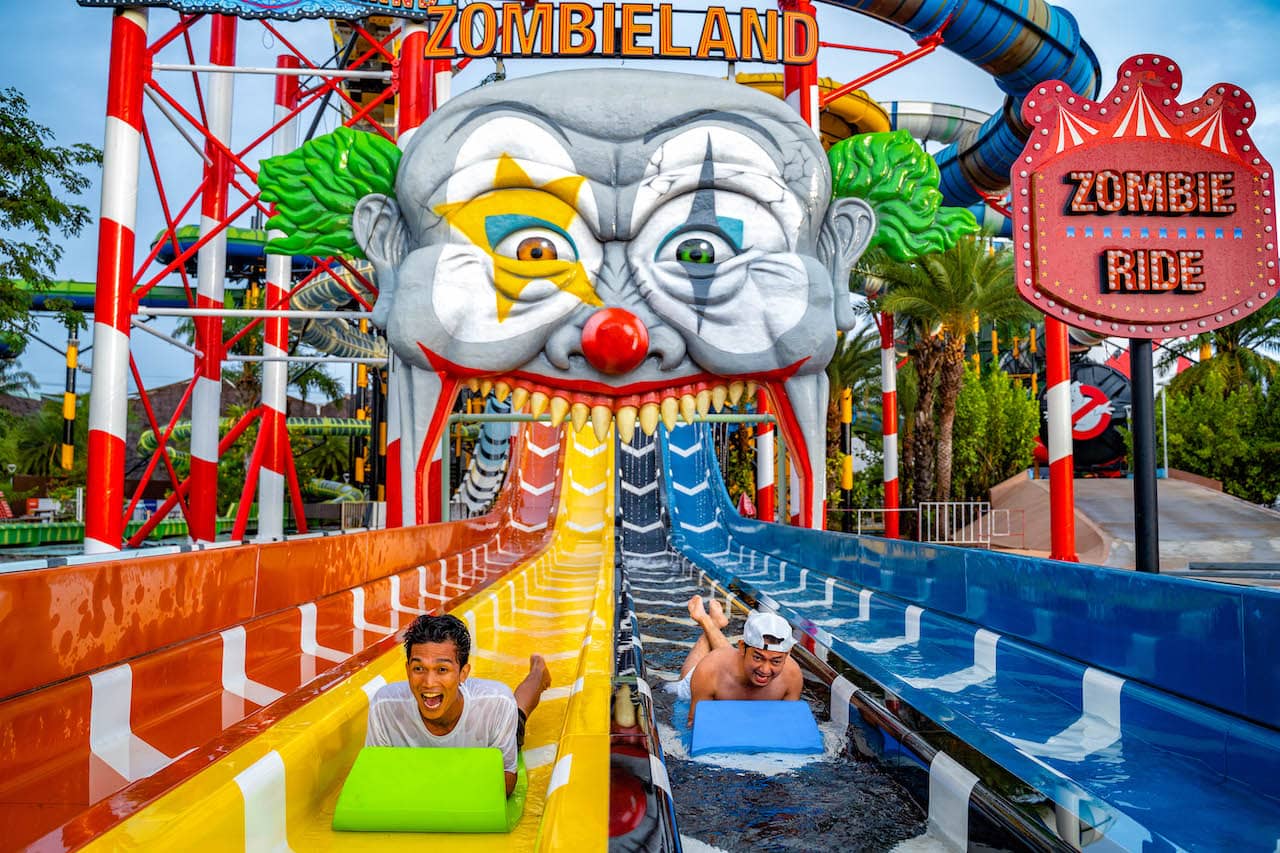 In addition, the park will include a Hotel Transylvania water playground, 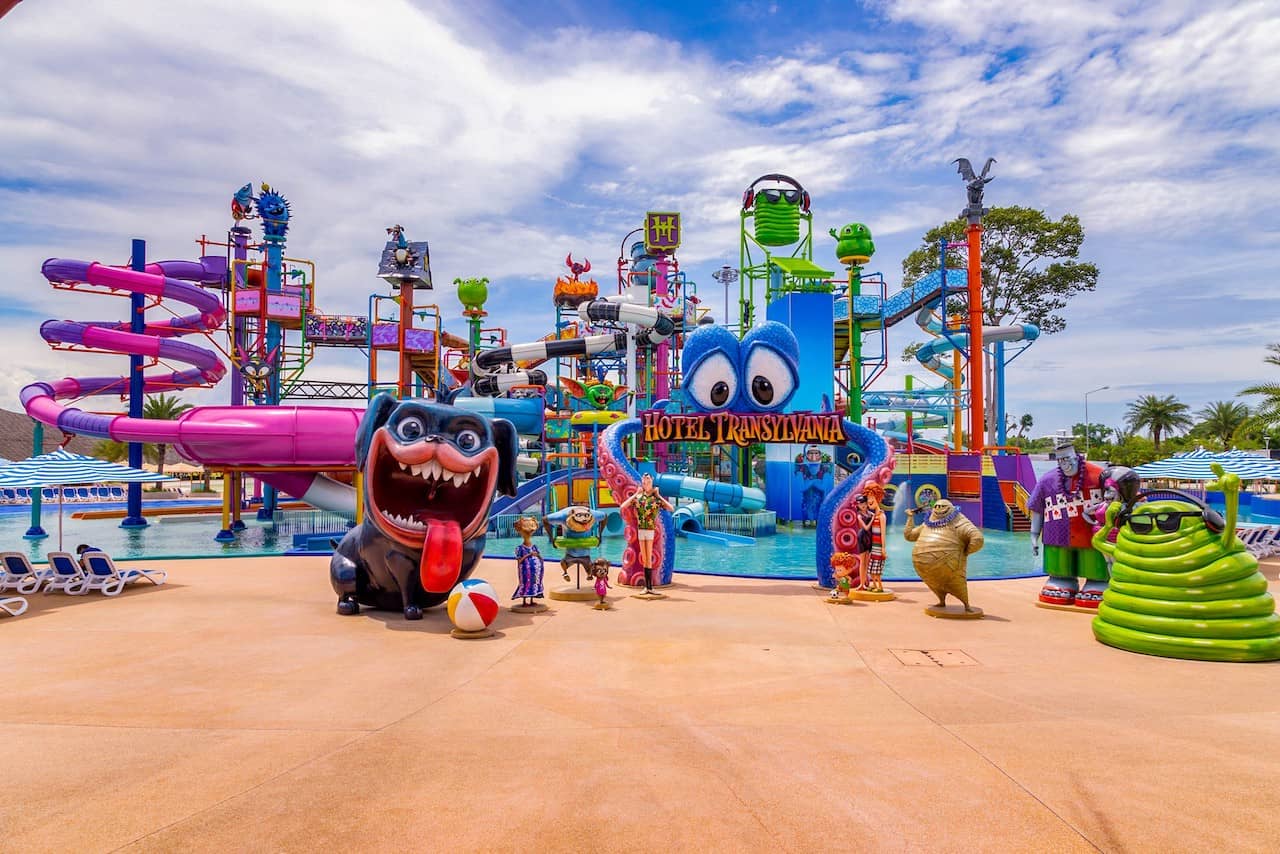 and a Surf's Up branded FlowRider Double Surf Machine, 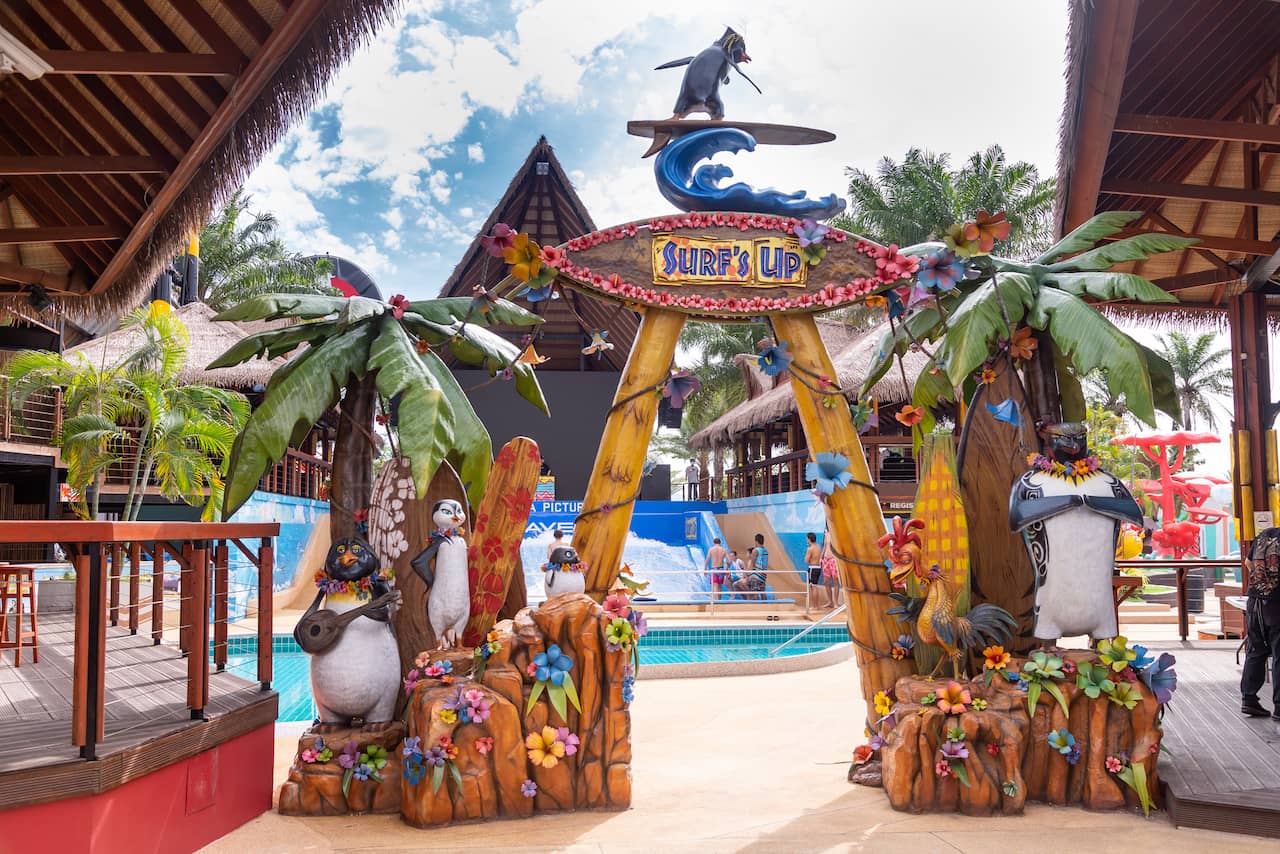 And finally a Cloudy with a Chance of Meatballs Swallow Falls River lazy river, and a Aquaverse Mega Wave Pool, with 3 large LED screens and a Dolby DTS surround sound system. Dry attractions in the park include The Emoji Movie Mini Golf and Bad Boys Race Club karts.

"We are delighted to be teaming up with Liakat Dhanji and Amazon Falls on launching Sony Pictures’ first theme and water park and are inspired by his vision of creating an immersive entertainment destination for Thailand," said Jeffrey Godsick, EVP of Global Partnerships and Brand Management and Head of Location Based Entertainment at Sony Pictures Entertainment. "Columbia Pictures Aquaverse is the next step in Sony Pictures' larger global strategy to grow and expand location-based entertainment by utilizing its globally known film and TV brands. We are creating opportunities for all audiences around the world to immerse themselves deeper into our stories through water parks, touring exhibitions, and theme park attractions."

In addition to the new Columbia Pictures Aquaverse, Sony Pictures Entertainment has licensed the Columbia Pictures land at Motiongate Dubai as well as individual attractions at several other theme parks, including Men in Black: Alien Attack at Universal Studios Florida and the new Jumanji dark ride at Italy's Gardaland.

Update: Here is some handout video footage from the park (with my voiceover), that gives you more looks at the park's water slides and features.

LAME - What a waste of IP. Even Six Flags could do a better job theming water slides.

Haha there's actually a Zombieland-land somewhere out there in the world!

I like it. From it having a generic water park theme/feel to offering up a couple of good photo ops, that right there is a win for me. I'm not going to travel to Thailand solely for this but if I do find myself out there with a longing for a waterpark, then yeah I might drop on by to the one with the Ghostbusters logo.

That is bizarre. I think the kid areas, at least from the concept renderings look the best. The older kid/adult themes just make me scratch my head. Nothing about running from Zombies or zapping ghosts in old NY buildings would I ever associate with a refreshing dip in a pool.

None of the names are in Thai. Will locals even understand what there supposed to be?

I’ve always wondered why Viper themed attractions aren’t regulars in water parks. Maybe this will get that ball rolling…

@Chopper31.. I have to admit those slides do look kinda cool but its still a lame IP integration.