April 6, 2021, 6:24 PM · Sony Pictures Entertainment announced today that it is licensing its first water theme park. Columbia Pictures' Aquaverse will open this October in Bangsaray, Thailand, a seaside destination about 90 minutes from Bangkok.

While this is the first time that Sony has licensed its IP for an entire park, the studio has licensed the Columbia Pictures zone at Motiongate Dubai, as well as individual attractions at several Universal theme parks, including Men in Black: Alien Attack at Universal Studios Florida.

Men in Black will be included at the Aquaverse park, in the form of an entire land called Men in Black Thrill Rides, featuring "hair-raising water coaster rides, one of which has a 12-meter free-fall ride that sends you careening down a MIB Wormhole," according to Sony's press release. 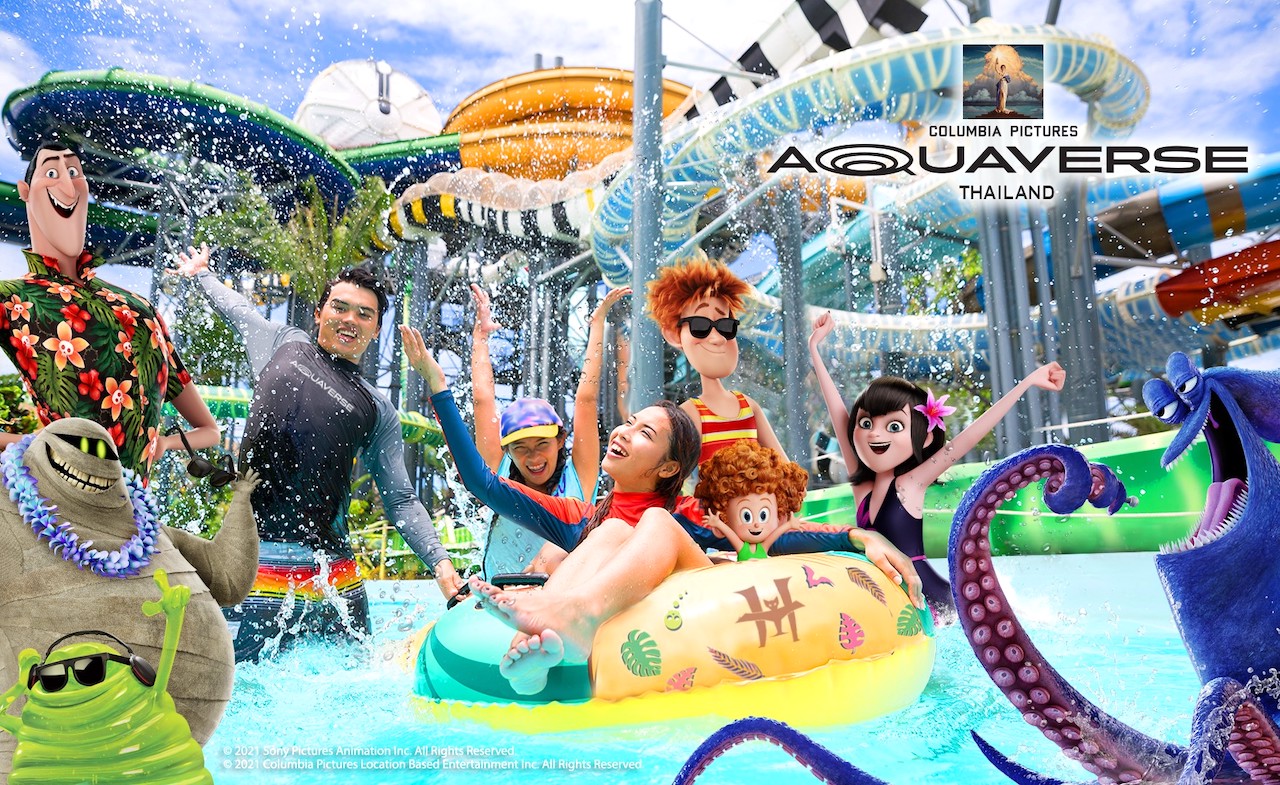 Columbia Pictures' Aquaverse is a "reimagining" of Amazon Falls Co. Ltd.'s Cartoon Network Amazone water park, which opened in 2014. Additional franchises in the redesigned park will include Ghostbusters, Jumanji, Hotel Transylvania, Surf's Up, and Cloudy with a Chance of Meatballs.

"We are delighted to be teaming up with Liakat Dhanji and Amazon Falls on launching Sony Pictures’ first theme and water park and are inspired by his vision of creating an immersive entertainment destination for Thailand," said Jeffrey Godsick, EVP of Global Partnerships and Brand Management and Head of Location Based Entertainment at Sony Pictures Entertainment. "Columbia Pictures' Aquaverse is the next step in Sony Pictures' larger global strategy to grow and expand location-based entertainment by utilizing its strong global film and TV brands. We are creating opportunities for all audiences around the world to immerse themselves deeper into our stories through water parks, touring exhibitions, and theme park attractions."

Guess that's another Disney IP found in a competing park (Men in Black-owned by Marvel).

Great post I must say and thanks for the information. Education is definitely a sticky subject. However, is still among the leading topics of our time. I appreciate your post and look forward to more. google ads coupon

Reading the press release, the most curious thing to me was the inclusion of ride themed to Bad Boys, an R-rated movie, in a family water park. Wonder how that's gonna work.