Launching out of the old Wild Arctic simulator loading station, Arctic Rescue's seats will be themed to snowmobiles, just like on the DarKoaster that sister park Busch Gardens Williamsburg recently announced. [King Ludwig Returns for Busch Gardens' New Coaster] But even though it will load and make its first launch indoors, the majority of Arctic Rescue will run outdoors, unlike the Virginia coaster.

Gotta take advantage of that beautiful San Diego weather, right? Sure, it's hardly "arctic," but Mission Bay is often cooler than pretty much any other location in California under 10,000 feet. So there's that. At least much of the queue and the loading station for Arctic Rescue will be covered, unlike this year's Emperor. [Emperor Adds More Fun to California's Coaster Scene] 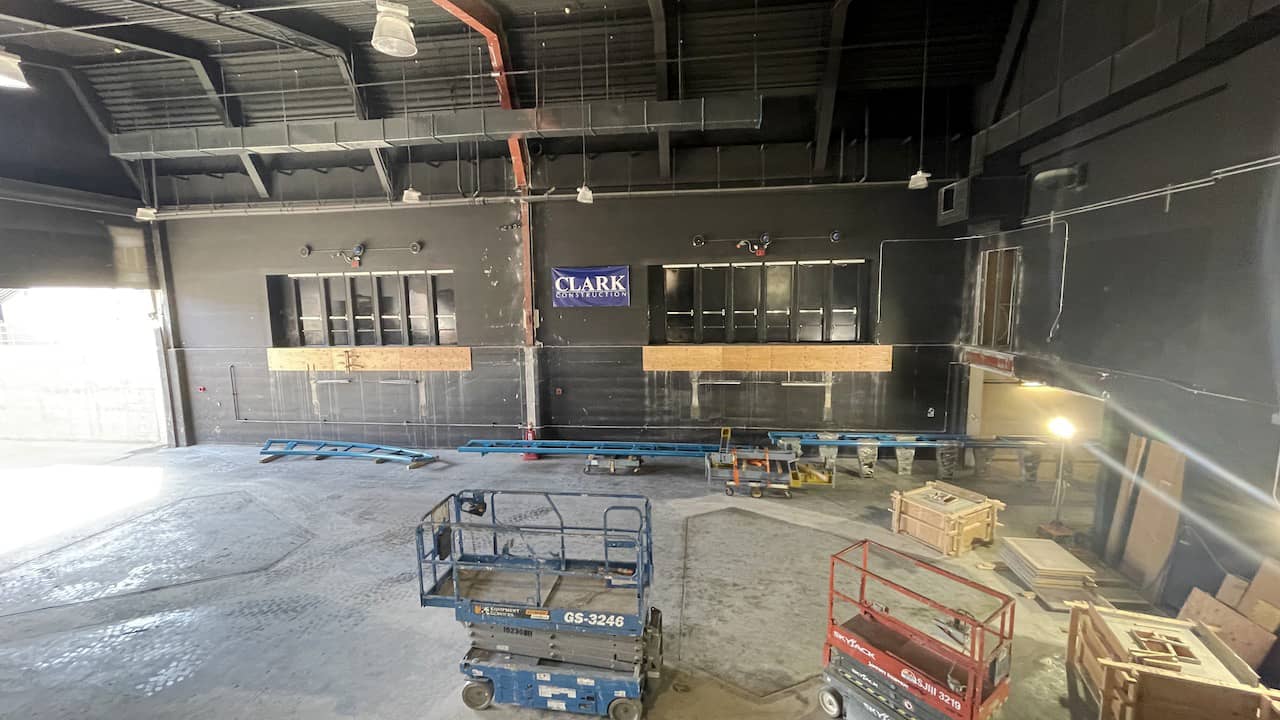 SeaWorld San Diego's sixth roller coaster, Arctic Rescue will launch from the station at 34 mph, followed by launches of 38 and 40 mph. The coaster will run on 2,800 feet of track, with 16 riders per train. That makes Arctic Rescue, "the largest, longest, fastest, triple-launch straddle coaster on the West Coast," in the words of park President Jim Lake. 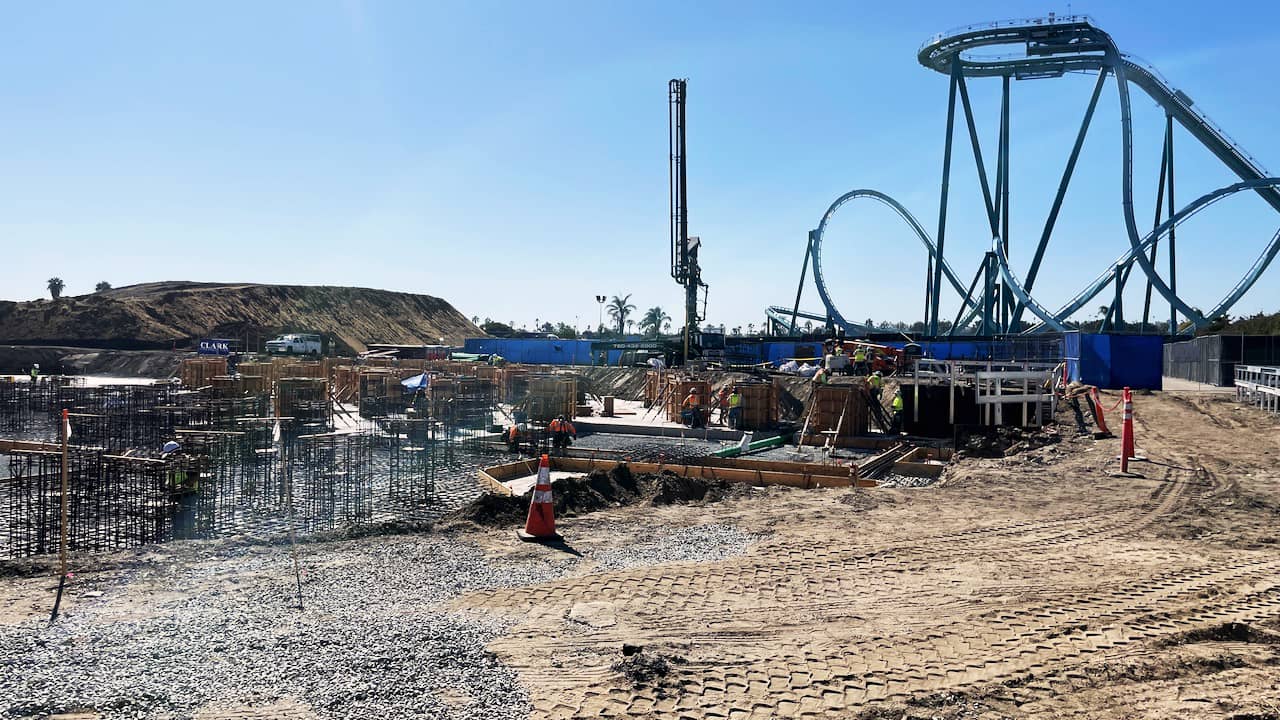 Foundation and footers under construction for Arctic Rescue

"The ride is inspired by the heroic efforts of our SeaWorld rescue team and their continued dedication to help with the animals who are in distress and really need our care," Lake said at this morning's reveal event. "Guests will jump on a snowmobile, and they will travel on a rescue mission through the unpredictable climate of the Arctic, seeking to save the animals out there."

"In designing the attraction, our intent was to really provide a unique educational opportunity, to continue to learn more about the threats that these animals in the Arctic are experiencing. Some of the animals impacted by the climate change and the arctic sea loss are actually here in this Wild Arctic exhibit - we have belugas, we have walruses, we have ringed seals. So it's a great opportunity to have a tie-in between this experience and the actual animals that are in that climate."

And to help support Theme Park Insider while saving money on discounted theme park and attraction tickets, including to the SeaWorld parks,. please visit our nationwide Attractions Discounts list.

"the largest, longest, fastest, triple-launch straddle coaster on the West Coast" is going to look awesome on a digital billboard on the 5 next spring.

If this ride were built 10-15 years ago I would be excited for it, but current Sea Worlds aversion to spending money on theming I think will really weigh down the experience.

I really wish this ride had a more significant indoor themed portion. Even something like the tunnel in Manta would be cool. Regardless, Im excited for this ride. I miss Wild Arctic as I have fond memories of it but Im glad the building is being used. Cant say the same for Orlando.

I have nothing against this concept, I just think SeaWorld is installing it into the wrong park. At SeaWorld Orlando (or even Busch Gardens Tampa), the ride would be a great fit, but in San Diego it's probably going to feel like diet Manta. It's got the same length, height, and height restriction as Manta, a slightly lower top speed, and while there are three launches, it doesn't seem to have three distinct sections and instead repeats the same types of elements ad nauseum. Plus, with two 16 passenger trains as opposed to up to four 20 passenger trains, I've got a feeling this one is going to get much longer queues for a much less thrilling ride as well.

I'm with AJ on this. If the riding position was more like Tron or Pony Express, I could see adding this type of coaster in San Diego, but the way guests sit in these trains (mostly upright), it will not differ significantly from Manta.

I'm also with the_man in my lack of faith that Sea World will provide sufficient themeing on this coaster to make it a unique experience. The installation in San Antonio barely has any theming (aside from the train design and a few displays in the queue), and this announcement only shows shots of the Texas coaster and some generic snowmobile video. I'm just not confident that the park will meet the bar established by Manta.

AJ also makes a solid point regarding the capacity here, particularly given the billing as a "family coaster" (even though Manta is not billed as such despite the same height restriction), which will increase interest for a ride that can only handle 16 guests at a time with a slow, awkward loading process. This will be better than DarKoaster at BGW, but it's still going to have long, slow-moving lines. Hopefully they integrate the old Wild Arctic pre-show areas into the queue so guests have something to do while they're waiting.

I think it'll be a fun ride. But I can't see it being something that sells anyone on a SeaWorld visit if they were not already planning to go. From what I have seen, it's just not different enough from Manta (which I love).