December 6, 2022, 4:47 PM · It's time again for my favorite Christmas story, because Grinchmas is back at Universal Studios Hollywood.

Okay, Universal may have evicted them from their long-time home on the backlot, but the citizens of Who-ville seem to hold no grudge, happily re-occupying the Universal Plaza for the park's annual Dr. Seuss-themed Christmas market. 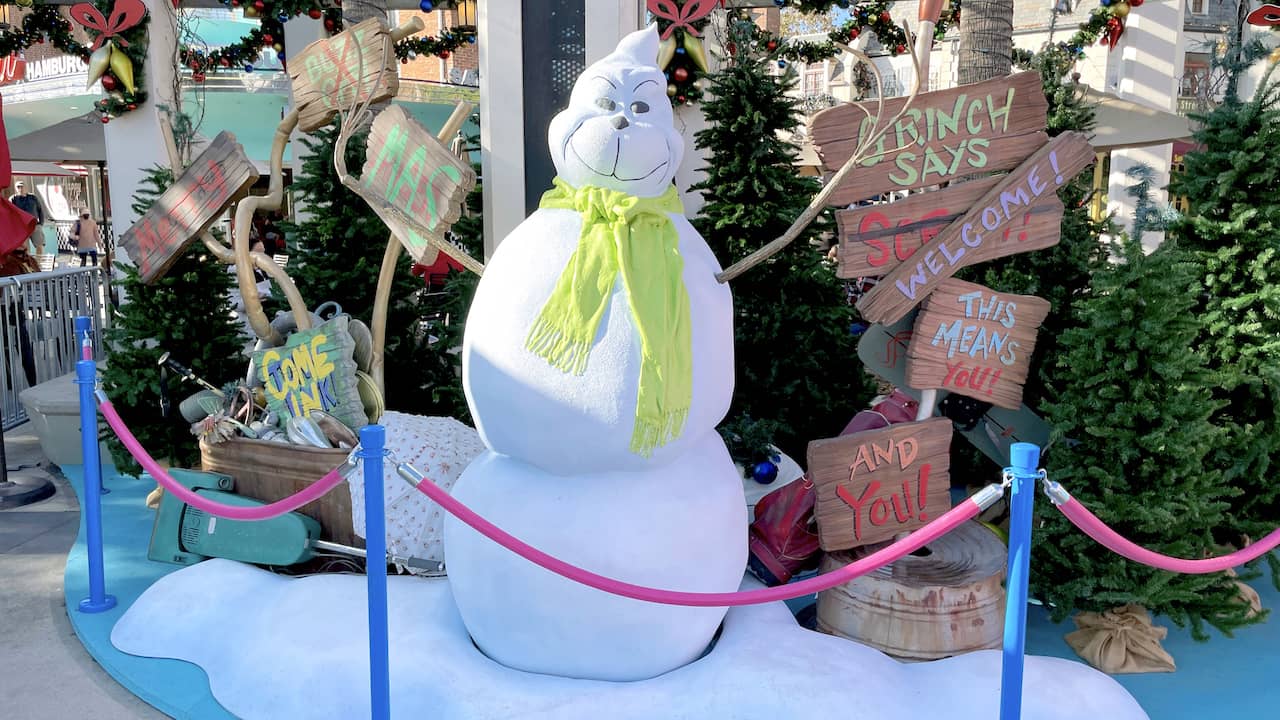 The holiday food offerings include a pumpkin-spice churro, various puddings and cakes in jars, hot chocolate plussed with a variety of alcohol or non-alcoholic flavors, and two contributions from the bakers over at Lard Lad Donuts: a chocolate Christmas wreath and a Grinch head doughnut, each in the ginormous size that Universal theme park fans seem to prefer. (No, I didn't try any of them. It's all going to taste like sugar - what else do you need to know?) 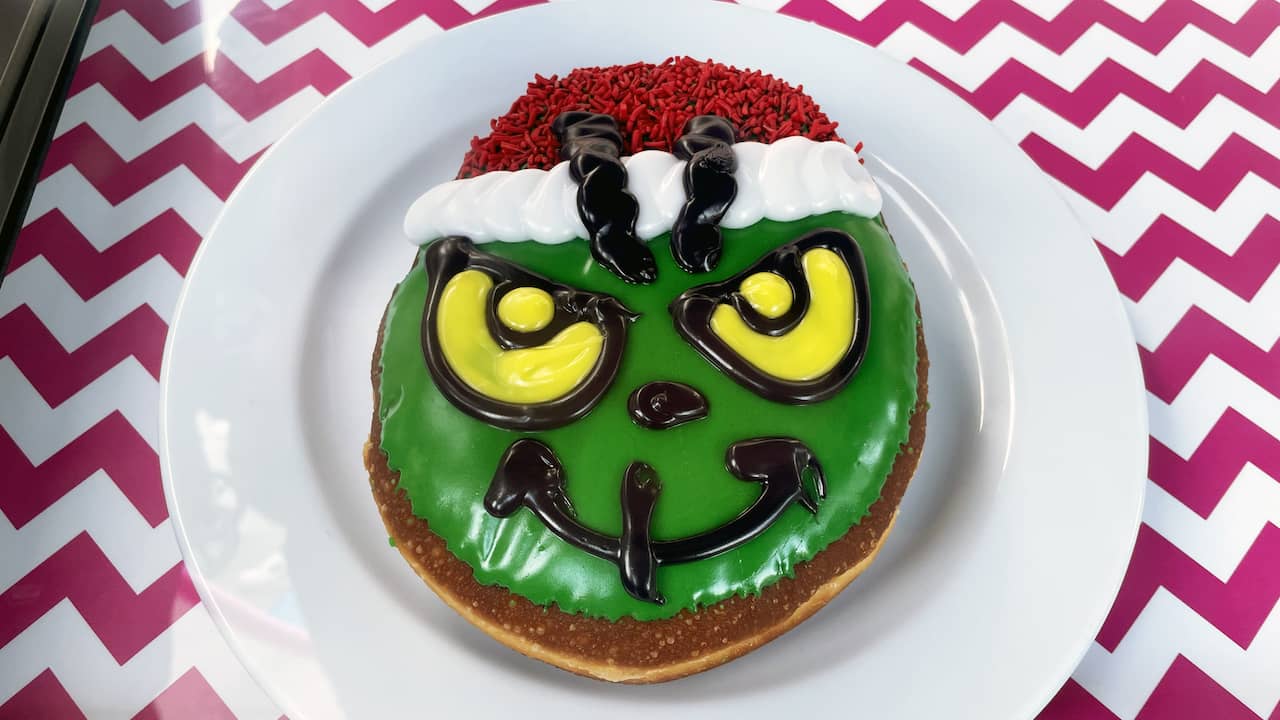 Like the Grinch, not in the mood to spend money? Then sit down for one of the scheduled story times with Cindy Lou Who or the Who-ville Welcome Committee, or just wander up and talk with one the Whos greeting fans in the plaza. 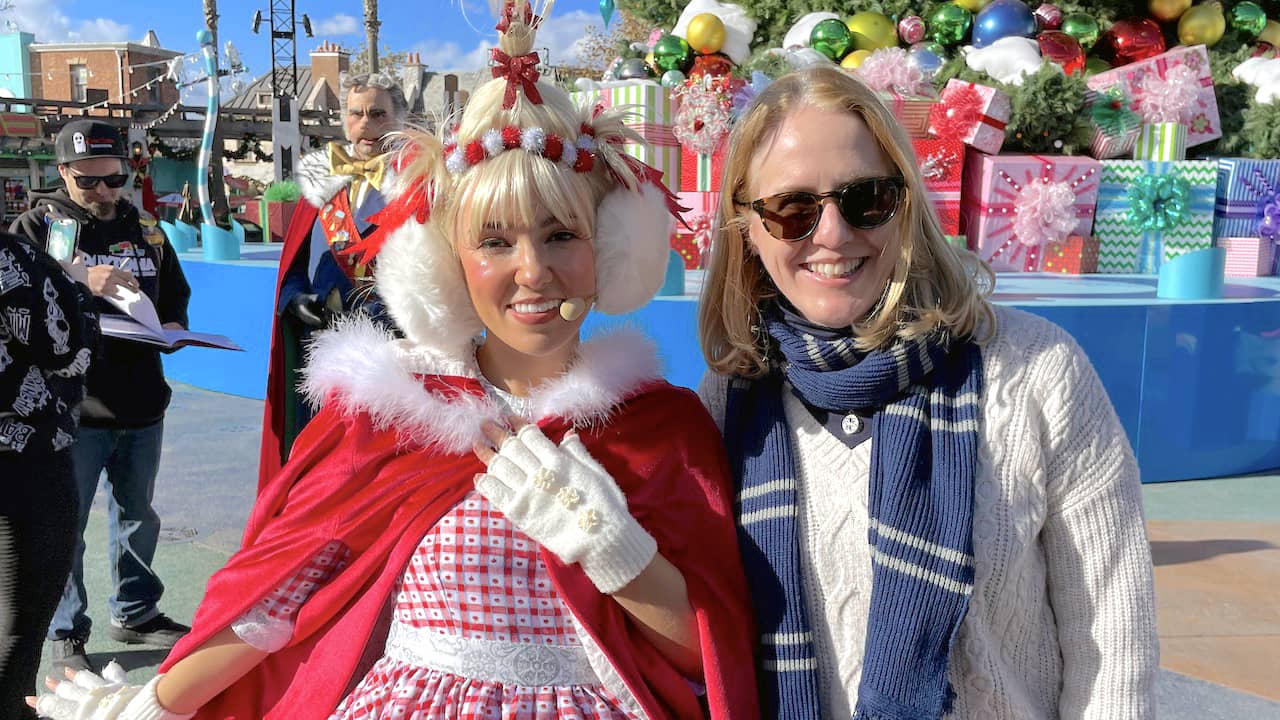 You'll need to queue, however, for the big green Grinch, who reigns as the event's top draw. Universal Studios Hollywood's The Grinch long has been one of the top theme park meet-and-greet characters in the business, played by wonderful physical performers who also know how to improv with hilarious Grinchy sarcasm.

After dark, arrive early for the evening's big event, the Who-ville Tree Lightning show, which TL;DRs the story of The Grinch in an eight-minute musical that builds up to the lighting of the park's 65-foot tree. The show runs multiple times nightly, so if you visit when Universal has extended hours, go for one of the later shows and smaller crowds.

Extended hours also make it easier to watch both the Grinchmas tree lighting show and the Magic of Christmas at Hogwarts Castle projection show over in The Wizarding World of Harry Potter - Universal's two big holiday entertainment productions.

Here's Your Chance to Pick the World's Best in Theme Parks