May 2, 2018, 8:49 AM · Sesame Street is coming to Orlando. SeaWorld Orlando this morning revealed the first concept art and more detail for its previously-announced plans to bring a Sesame Street-themed land to the park. 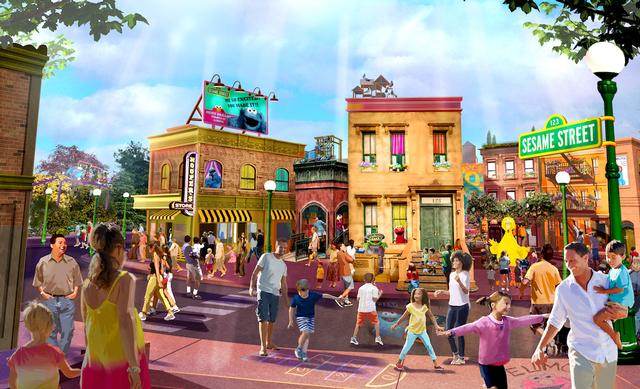 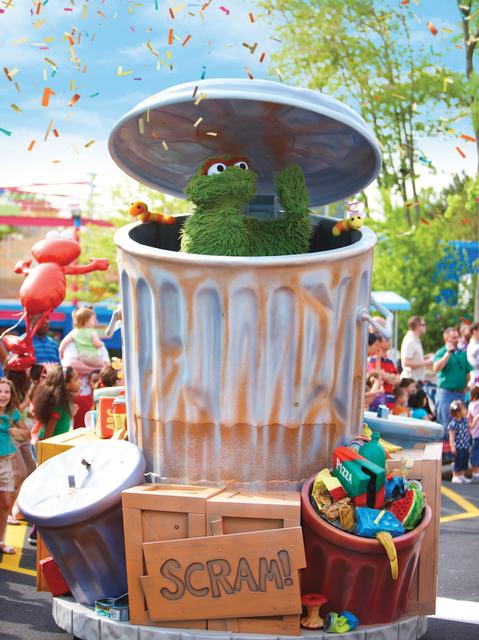 "In partnering with Sesame Workshop, we are creating a land for guests to make an authentic connection that can only be found in hugging a furry friend or reading a book with Big Bird," Amanda Trauger, Experience Design Manager for SeaWorld Parks and Entertainment, said in a statement.

Next year is shaping up to be another big one for the Orlando-area theme parks. In addition to SeaWorld's Sesame Street, Universal Orlando will open a new Harry Potter coaster experience on the site of the former Dragon Challenge in The Wizarding World of Harry Potter - Hogsmeade, and Walt Disney World will open its long-awaited Star Wars land, Star Wars: Galaxy's Edge, in Disney's Hollywood Studios in 2019. No more specific opening dates have been announced yet.

This is wonderful news. The Sesame Street area at SeaWorld here in San Diego is cute, but it's just a collection of character based rides. I'm no kid, but I'd be thrilled to get a chance to walk along a recreation of what my childhood mind remembers about Sesame Street. I doubt anyone expects this to have the level of detail of Diagon Alley...because Sesame Street is more simplistic, but that would be just as perfect. It will be fun to see how it comes together.

I would have to disagree. Times have changed, And I love SeaWorld, but I think its pasted time to save its image. If they can partner up with 3 or 4 brand imagines, maybe cirque, like in Mexico,or another movie brand to bring in major Capitol, I think it's just a matter of time for the company to be sold.I hate it..I don't want to see the famous shows disappear

It looks like they're recreating the classic Sesame Street section found at Sesame Place, which is very solid, but obiously geared towards a very narrow demographic that's already being served by the Mouse up the street.

I LOVE the concept art. If those Sesame Street buildings turn out as great as I hope (like the Ratatouille section of WDS), and not cheap like Streets of America at DHS, then this could very well be the beginning of a new direction for Sea World Orlando.

I don't think this will turn the park around on its own, but let's see what the feedback and fan reaction is. If they do it right, people will be clamoring for more, and give them a roadmap forward.

I'd actually get out there to have a look at this land, if the reviews are positive. It's all about the build quality, but I'm hopeful.

I am fighting for the underdog. I really want SeaWorld to find its own identity, change its emphasis, resurrect public interest and significantly improve its fortunes. This will help.

It looks awful. How hard can it be to design a street?

What the heck? Sesame Workshop is a beloved part of Americana, but why is this at SeaWorld? (aside from a desperate Hail Mary to survive and expand their appeal) This belonged at DHS's Muppet section, if anywhere. Rights acquisition aside, how does this fit into a marine park? How about opening up negotiations with Universal for a JAWS 3 attraction to salute the park's heritage and lure the old JAWS fans down the road? Even bringing in the CREATURE FROM THE BLACK LAGOON would be more thematically appropriate. Make Disney an offer for the rights to 20,000 LEAGUES UNDER THE SEA, while you're at it! Better to invest in more thrill rides, and concerts-it was a concert that finally got me to schlep there a couple weeks ago.

Universal Orlando gets its Voodoo (Doughnut) on