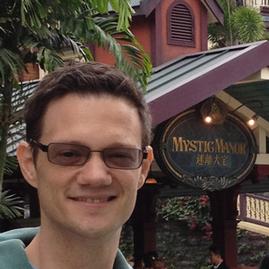 I've just moved to the beautiful city of Portland, Oregon after nearly two years in south China, where Hong Kong Disneyland was my "home park", and I also had the pleasure of attending the Grand Opening at Shanghai Disneyland.

I lived in Orlando for 9 years, which included 10 months working PT at EPCOT. I've been an annual pass holder at WDW, UOR, and Sea World in my time there. I was a Six Flags Fiesta Texas pass holder when I lived in Austin, and my brother lived in Los Angeles for 12 years, where I had the pleasure of frequenting Disneyland.