Disney World shows off the new look for Coronado Springs

October 16, 2018, 6:37 PM · Walt Disney World is showing off some fresh concept art for the reimagined Disney's Coronado Springs Resort, which will complete its expansion next year.

The Coronado Springs is getting a new 15-story tower, which will add 545 rooms to what will become a more-than-2,400-room complex. 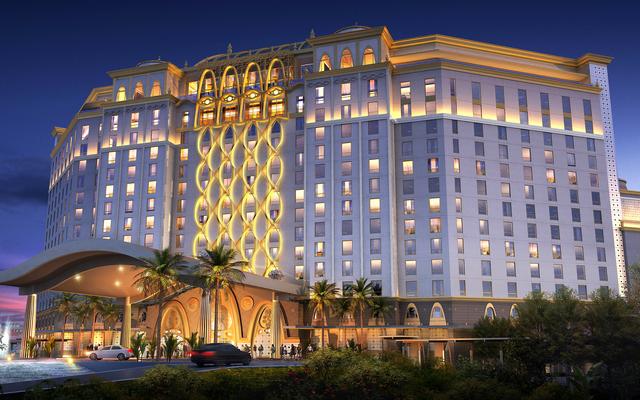 The new tower will feature a two-story entry lobby as well as a new rooftop table-service restaurant, following the Bar 17 Bistro at Universal's new Aventura Hotel this summer... not to mention the Contemporary from back when Disney World started. The as-yet-unnamed rooftop restaurant should provide an excellent view of the fireworks at Epcot and Disney's Hollywood Studios, much as the Contemporary's California Grill is the place to catch a unique look at the Magic Kingdom's show. 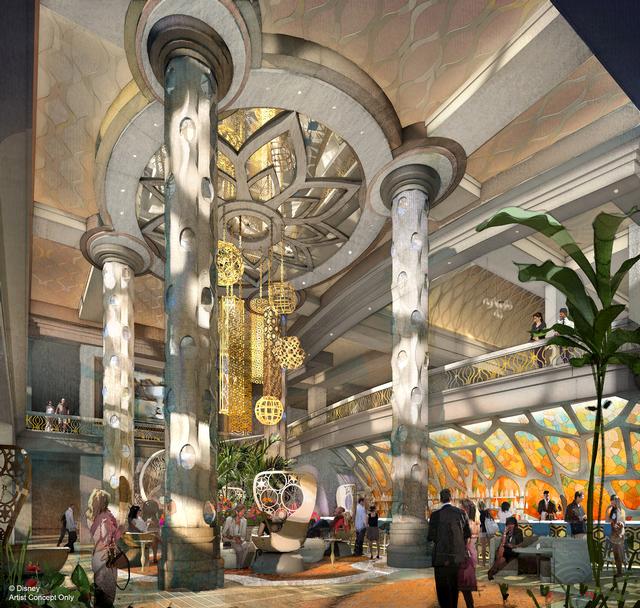 Disney also will add a second new restaurant to the resort, in the middle of its Lago Dorado. "New walkways will stretch across the lake, allowing quick and convenient passage to and from all areas of the resort," Disney said in its press release.

Disney has been updating the rest of the Coronado Springs Resort, too, changing fixtures, furnishings, and lighting. The project will be complete and the new tower will open next summer.

Disney is light-years ahead of the model down I-4 that is (and will remain) in a state of chasing them.

Does nothing for me. Too Vegas.

Wow, nice. I was at Coronado back in 1999, really nice place, quite large, the pool area terrific and nice with the location too. This should just beef it up more and make it a great hotel to visit.

We were just there last week and we had a "refurbished" room which I must say was much nicer than many of the deluxe resorts we've stayed in! The tower construction has the resort in flux however...buses backed up trying to get to the main building because of the restricted traffic flow. They gave us 3 special "under construction" pins in our room as a nice gesture when we checked in. I do believe it will be beautiful when completed and we won't hesitate to return to CS.

This looks pretty amazing, and elevates this resort to near-Deluxe status. I always felt that CS was a bit underrated because it was the defacto convention hotel at WDW. I know a lot of people complained about how spread out the resort was, but I found it refreshing to not have the high density of guests that you can find at most other WDW resorts. I do wonder if the new tower causes the resort to lose some of that hidden charm - those quiet early morning and late night walks around the lake and the more humble counter service restaurant (Pepper Market) that happily lacked the chaos of so many other resort CS establishments. I also hope that this expansion does not cause the prices to soar, because Coronado Springs was one of the most affordable Moderate Resorts at WDW (typically on par with Caribbean Beach and almost always cheaper than Port Orleans Riverside and French Quarter). Granted staying on site at WDW has gotten so prohibitively expensive (especially since they're charging resort guests for parking now) that it probably doesn't matter to us as a family anyway.

People argued that Vegas was going too Disney so who is chasing who?

I think it looks fine. This is a convention resort so they are naturally going to make it look a little more upscale and not so whimsical.

The interior concept art is beautiful! I'm not sure how I feel about the exterior. From what I recall of Coronado Springs, this new tower design doesn't fit the aesthetic. Does it?

I've always considered staying at CS, and now I have more of a reason to do so when I book at WDW again, though honestly, I will probably go back to Wilderness Lodge or Boardwalk again, as those are the two I've enjoyed most.

Could a baseball team help Disneyland get a third park?