Looking for alternatives to Star Wars and Potter in 2019?

October 17, 2018, 10:17 PM · The nation's most popular theme parks next year are opening long-awaited new attractions based on some of their biggest franchises. Countless theme park fans from around the world have been looking forward to the premiere of the Star Wars: Galaxy's Edge lands at Disneyland and Walt Disney World's Disney's Hollywood Studios, as well as the debut of Universal's new Harry Potter coaster at Islands of Adventure.

But what if you don't want any part of those openings? What if the thought of navigating those crowds make you sicker than any 300-foot coaster drop ever could? Where should you visit in 2019 then?

Here are six* alternatives to the Star Wars and Harry Potter openings that we have on our radar here at Theme Park Insider. These all should be high-quality new rides in North America that will draw plenty of attention from fans next year... just not anywhere near the level that we expect to see crowding Disneyland, Walt Disney World, and Universal Orlando.

Let's start north of the border with the world's tallest, fastest, and longest dive coaster, Yukon Striker at Canada's Wonderland.

Featuring the requisite 90-degree drop, the ride will top out at 223 feet, diving 245 feet into an underwater mining shaft on its way through four inversions, including a 360-degree loop, at a top speed of 80 mph.

This Formula 1-themed coaster will launch from zero to 78 mph in two seconds, on its way to the "fastest inversion in the world," a 60 mph zero-G roll.

*Edit: (Added one more at the suggestion of the comments. Can't believe I missed this one the first time around!) Not enough inversions, you say? Then let's head east to Pennsylvania for a ride on Steel Curtain at Kennywood.

Themed to the Pittsburgh Steelers' defense, this S&S coaster will feature nine inversions, the most of any roller coaster in America. The 220-foot, 75 mph coaster will anchor a newly-themed Steelers Country land at the park.

If you like launched coasters but are looking for something a little more family friendly for beginning coaster enthusiasts, head southeast to the Carolinas for Copperhead Strike at Carowinds.

This Mack Rides production includes a zero-to-42 mph launch in two seconds and a second launch from 35 to 50 mph. Even though it's not as fast or extreme as the first two coasters on our list, its riders still will go through five inversions along Copperhead Strike's 3,255 feet of track.

This Premier Rides launched coaster that will send riders on a two-lap race around a Mobius-strip-style track. Along the way, riders will experience four launches, hitting a top speed of 55 miles per hour, plus four inversions: three zero G rolls and a zero G stall.

Finally, we can't leave you without at least one IP ride. It's just over the pass from Magic Mountain at Universal Studios Hollywood, which next year will open its new Jurassic World Ride. 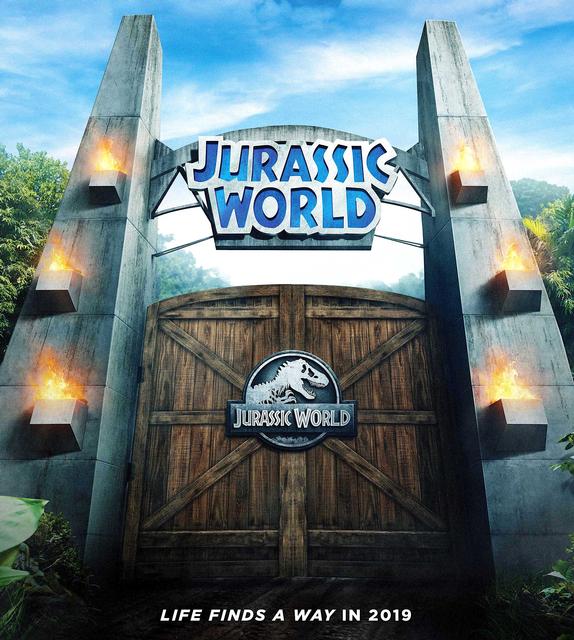 That's far too many roller coasters. Park owners pandering to the lowest, cheapest common denominator rather than some innovative attractions.

For me, 2019 is primarily about trying to get to the remaining major US parks that I haven't visited yet (mainly Silver Dollar City and the two Texas Six Flags parks). While I'll definitely be hitting the new attractions in So Cal, most of the other new rides at regional parks next year will have to wait the future. The only exception is Maxx Force...while I don't think it looks overly great, an air launch coaster is so unique that I might just need to do a weekend trip to Chicago next fall. Unlike 2018, next year will be multiple small trips rather than one big one, though that should hopefully lead to more manageable trip reports for TPI. It also might make it easier to turn them into group trips...perhaps I should post a survey link in the discussion boards.

Who says too many roller coasters?! What do you want, a dozen Larson loops instead? Maybe Antarctica sequels?

What kind of theme park fan is that...

I'd also include Sea World based on the new Infinity Falls. My family is looking to go to Orlando and rather than do several parks has actually considered just going to Sea World.... so the first thing I showed them at that thought was the new rapids ride that appeals to the smallest child in the group.... it's her favorite type of ride.

If you thought Mickey and Minnie couldn't look more amazing

When should you buy a Disney World annual pass?