First, Ballast Point Brewery announced today that its Ballast Point Brewpub will open at Downtown Disney one week from today, on Wednesday, January 16. Disneyland's first brewpub will offer more than 50 styles of beer on tap along with a 3,000-square-foot outdoor beer garden. We just tweeted the food menu.

Just in: Ballast Point is opening at Downtown Disney on January 16. pic.twitter.com/706oRxbNsc

And here's an interior look:

Naples — the sister restaurant to Epcot's Via Napoli — continues to offer its menu of pizzas, salads, and Italian appetizers and desserts, with "make your own" quick-service versions of its pizzas available next door at Napolini. 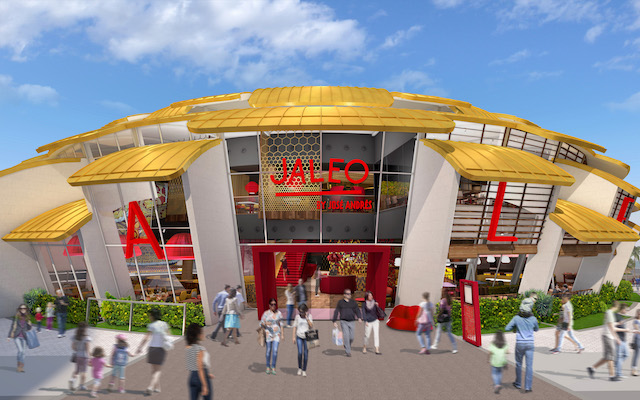 "There are no cubic forms, no opaque walls, no straight lines: here reigns a plant-like organic structure with its dynamic forms. An avant-garde, expressionist and welcoming architecture," Juli Capella, principal at Capella Garcia Arquitectura, said of the restaurant's design. 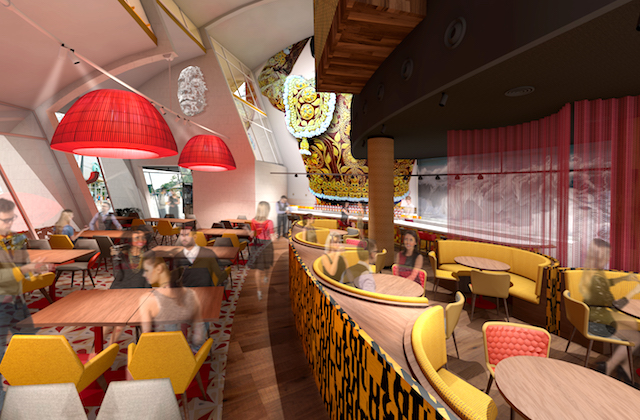 Jaleo will include a quick-service window serving "Spanish street-food-inspired sandwiches and salads" as well as offering table service inside the restaurant.

I love the architecture of the Jaleo restaurant.

Living in the DMV area I'm within in a close proximity of a few of Jose Andre's establishments and they never disappoint. As a frequent visitor to Disney Springs I can't wait to try his new restaurant as they do tend to offer some of his classic favorites amongst new options.

@sxcymike - Since you live in the DMV, you'll know that all of the Jaleo's have identical menus (E street NW, Crystal City, and Bethesda), so I wouldn't expect anything new or different at the Downtown Disney location except for higher prices reflective of the restaurant's location. There is some variety between Jose Andres' other concepts (even though many share some menu items like the glass slipper chicken croquettes - even had them on the menu at Bazaar Meat in Las Vegas), but the restaurants under the same name have identical menus like any other nationwide chain. I still think my favorite of his restaurants are Oyamel and Zatinya (haven't been to Fish yet). Pepe along with the stadium concepts he's brought to Audi Field and Capital One Arena (though closed this season after the renovation) were also quite good.

I think Jaleo will be a nice addition (particularly the take-out window), but for those of us that live in the DMV, there won't be anything special here that you can't get at home.