There's a new way to get to Halloween Time at Disneyland

September 13, 2019, 10:05 PM · Happy Halloween Time from the Disneyland Resort, where the big news isn't at all spooky... it's the long-awaited opening of the pedestrian bridge from Disneyland's parking garages. 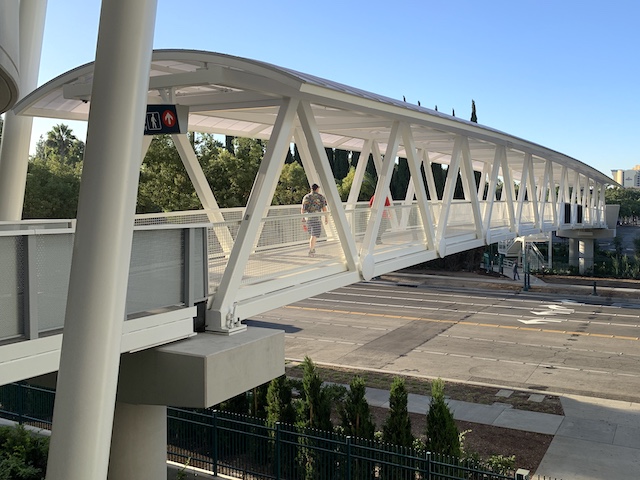 The new bridge over Magic Way connects the second floor of the new Pixar Pals parking structure with the sidewalk along the western edge of the Downtown Disney parking lot. Visitors will enter the resort's secure zone through the existing screening next to the old ESPN Zone. The overpass allows visitors to skip the traffic signals while crossing Magic Way or Disneyland Drive, as they used to have to wait for when taking any of the various versions of the walking path between the garage and the parks.

Once inside those parks, the Halloween season has arrived at Disneyland, with its decorations and special food and entertainment. 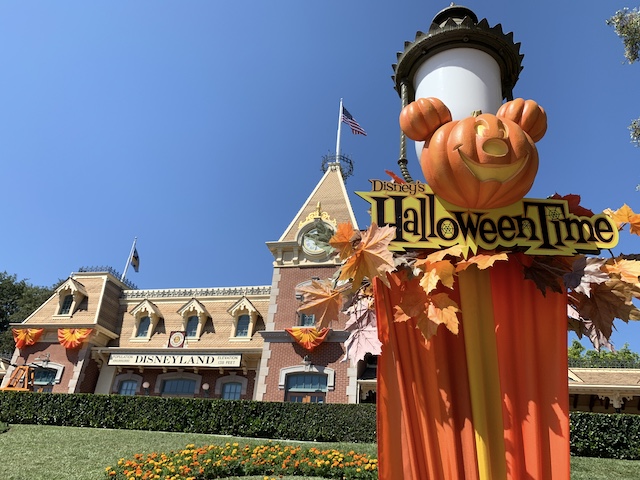 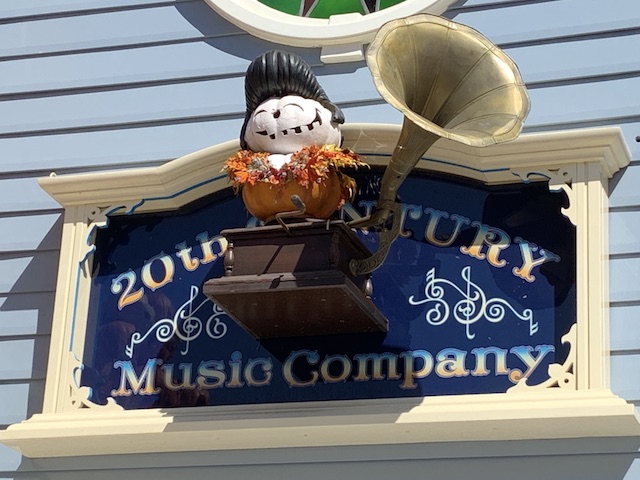 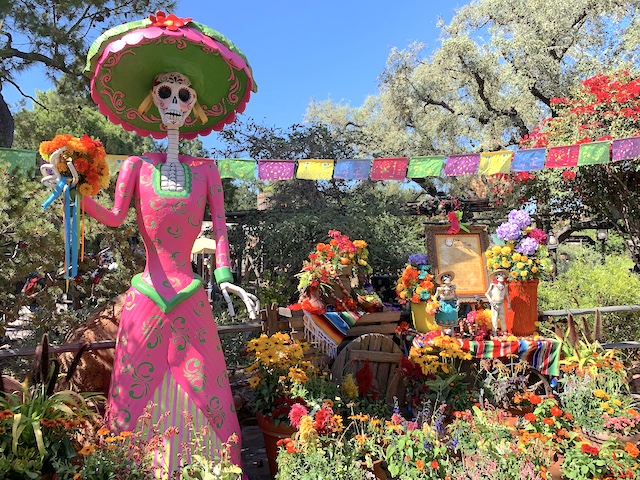 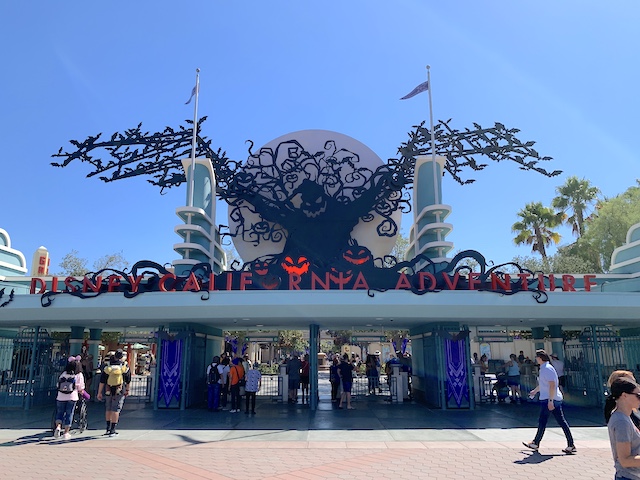 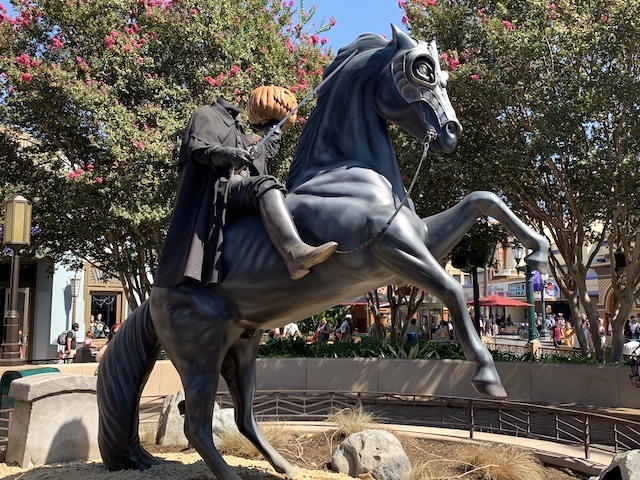 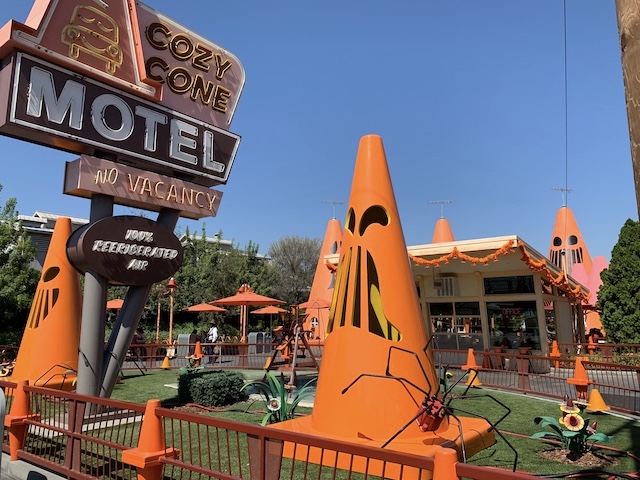 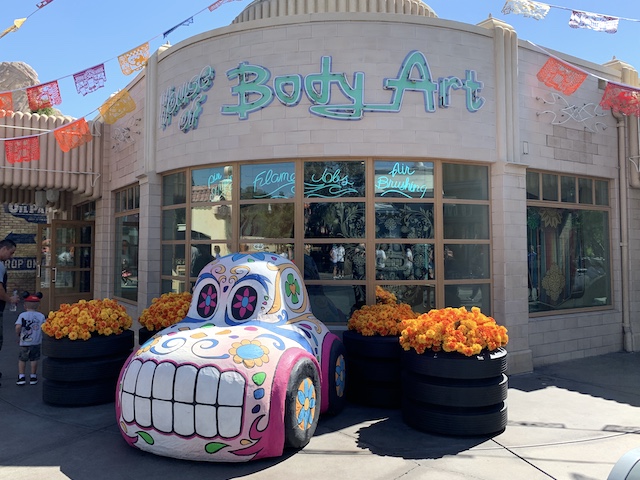 The hotels have special holiday decorations this year, too.

The Oogie Boogie Cauldron at the Disney Grand Californian Hotel is a massive rice cereal treat! And it smells just like marshmallow cream. #disneyland #halloweentime

I talked earlier this week about this year's Halloween menu at Disneyland and California Adventure. Today, I opted for the specials at the Rancho del Zocalo — the Haunted Mansion-inspired "Long Forgotten Duelist Tacos," two pieces of fry bread, one topped with fajita beef and the other with butter chicken, topped with slaw, chipotle crema and cojita cheese, served with rice and pickled veggies [$13.49] and the Pan Dulce Ice Cream Sandwich, with Dulce de Leche ice cream and churro streusel atop sliced Mexican sweet bread [$7.99]. 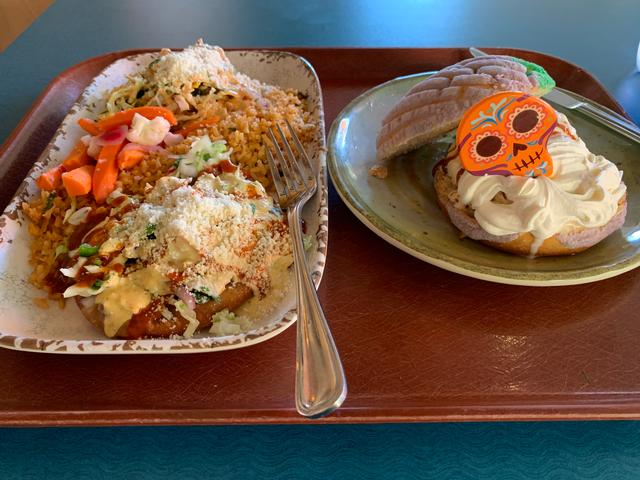 Most of the flavor from the tacos comes from that tangy sauce, but the chicken did bring more to the party than the beef. It's a messy dish, but I enjoyed it. Not as much as the dessert, though, with its delightful pan dulce and a generous scoop of caramel ice cream, accented with shreds of churro pastry. (It did not need the added whipped cream.) You can't leave it until after your meal in this heat, though, so I indulged my inner child and had my dessert first today.

The Halloween attraction overlays — Haunted Mansion Holiday, Mater's Junkyard Jam-boo-ree, and Luigi's Honkin' Haul-O-Ween — are the same as the past couple years, so I headed over to DCA's Paradise Park for the Musical Celebration of Coco show, which debuted last year.

Well played and engaging, it's another example of how well DCA does these seasonal live musical shows, following the summer's Lion King production.

Halloween Time wraps each evening with the Halloween Screams show, which includes fireworks on Friday through Sunday nights. The show's open to all, now that the hard-ticket party has moved over to DCA this year. Having done Halloween Horror Nights up at Universal last night, there was no chance I was making it all the way until the fireworks show, but here's the production from a previous year, just in case you need that fix.

Speaking of that party, we will have a report from the sold-out Oogie Boogie Bash at Disney California Adventure next week. Halloween Time continues through October 31 at the Disneyland Resort.

How much is Disneyland worth to California? Billions