Disney's Animal Kingdom is welcoming the holidays with its biggest ever celebrations this year, highlighted by the new Tree of Life Awakenings show, running nightly.

In addition to the new show, a "merry menagerie" of 10 artisan-sculpted puppets depicting winter animals will wander and interact with guests throughout Discovery Island.

Disney's Hollywood Studios this year welcomes back its Sunset Seasons Greetings projections on the Hollywood Tower Hotel and the Jingle Bell, Jingle Bam! fireworks and projection show at the Chinese Theater. You'll also find holiday decorations in Toy Story Land and along Hollywood Boulevard, not to mention Dinosaur Gertie in her "finest holiday attire." 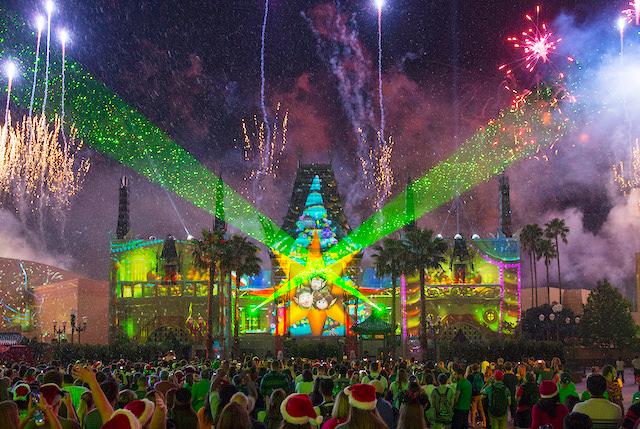 The holiday celebrations kick off at Epcot on November 29 with the Festival of the Holidays. That event follows the completion of the Epcot International Food & Wine Festival on November 23 and runs through December 30.

Disney also kicked off its holiday celebrations on the west coast at the Disneyland Resort. We will be at Disneyland tomorrow for a live report, so please stay tuned to Theme Park Insider for more!

Man, it comes earlier and earlier every year....

It's the most popular time of the year at Disneyland