November 19, 2019, 9:43 AM · The SeaWorld theme parks chain today at the IAAPA Expo in Orlando is revealing train cars and more details for the new line-up of roller coaters it will debut at its SeaWorld and Busch Gardens parks across the United States next year.

Rocky Mountain Construction presented the ride car for Iron Gwazi at Busch Gardens Tampa Bay. This steel tracked conversion of the former Gwazi wooden roller coaster will not only be the tallest hybrid roller coaster in North America, it will be the fastest and steepest hybrid coaster in the world, with a height of 206 feet, a 91-degree drop and a top speed of 76 miles per hour. Iron Gwazi will include three inversions and 12 airtime hills on 4,075 feet track. 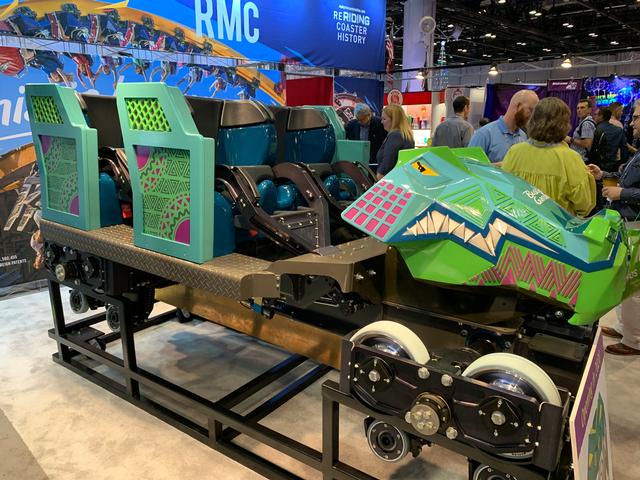 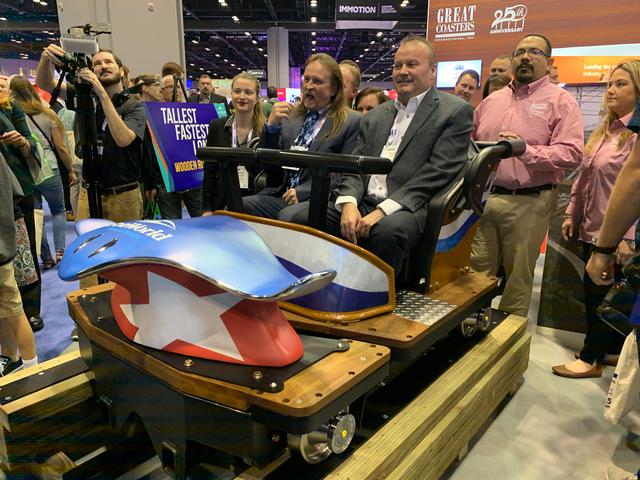 Premier Rides unveiled the coaster car for Ice Breaker at SeaWorld Orlando. Located near Wild Arctic, Ice Breaker will feature four launches (both backwards and forwards), culminating in a reverse launch into the steepest beyond vertical drop in Florida — a 93-foot tall spike with 100-degree angle. 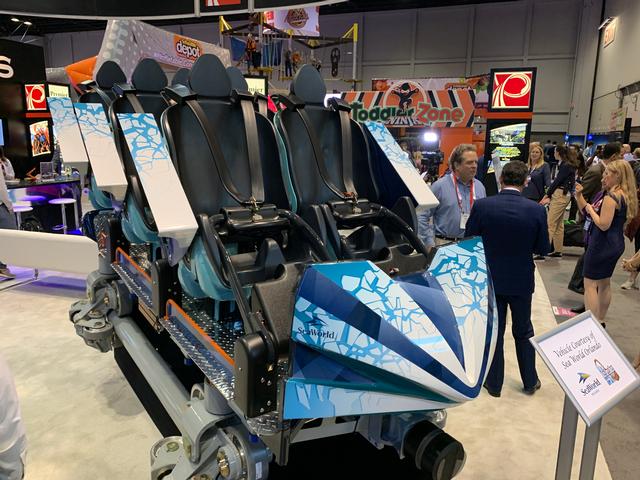 Bolliger & Mabillard revealed that the new name for its dive coaster at SeaWorld San Diego will be Emperor. Themed to the penguins, the coaster (originally announced as Mako) will feature an initial 143-foot vertical drop, leading into a top speed of 60 mph and multiple inversions, with elements including a barrel roll, Immelmann loop, hammerhead turn, and flat spin. 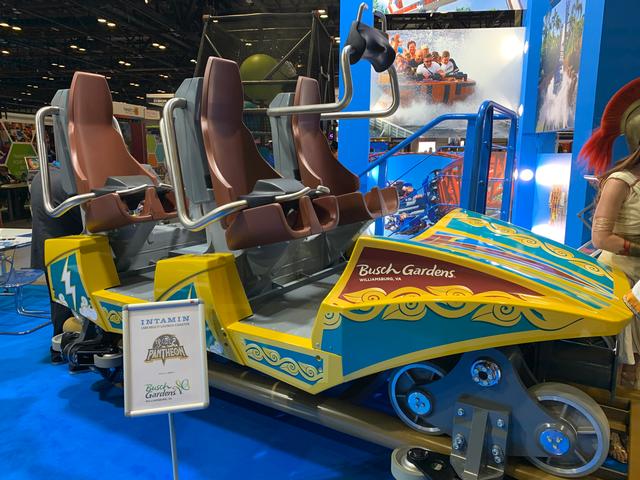 Intamin showed off its car for Pantheon at Busch Gardens Williamsburg. Pantheon will be America's fastest multi-launch coaster when it opens, featuring a top speed of 72 mph, four launches, a 95-degree drop, a maximum height of 180 feet, two inversions, and a spike track leading into a backward section - all in 3,328 feet of track and a two-minute ride. There will be two 20-person trains on the track, and the four launches will be at speeds 36, 50, 61 (backwards) and 67 miles per hour, respectively.

This is quite a heavy lift by Sea World Entertainment. Working with five different coaster manufacturers at the same time is no small feat. I will also note that reportedly Pantheon received a slight jump in its max speed so they can claim the title of World's Fastest Multi-launch Coaster with a top speed of 73 MPH. However, those trains should send up warning flags to everyone. It appears they are using the same restraint system as Skyrush (aka "ThighCrush"). Hopefully Intamin has modified those lap bars to be more like the ones seen on Manta at Sea World San Diego, which are from Mack and possibly the most comfortable restraints I've ever encountered on a major roller coaster, and not identical to the ones on Skyrush at Hersheypark, which ratchet down on your upper thighs and waist with each passing positive-g moment eventually cutting off blood flow to your feet by the end of the ride.

Legoland's new dark ride will turn you into a Lego minifigure