This year's Hall of Fame inductees are Fred Langford, called the father of the modern water slide - the first person to use fiberglass in a water slide design, and Alberto Zamperla, the head of the Zamperla company, one of the largest ride manufacturers in the world.

More than 1,100 companies are exhibiting at this year's expo, which is expected to attract more than 38,000 attendees from around the world, making the largest professional gathering in the theme and amusement park industry. Today's schedule on the show floor includes many press conferences with vendors revealing ride vehicles and other details for upcoming attractions at major parks.

I have posted additional stories for coverage of the coaster reveals for the SeaWorld and Busch Gardens parks, new ride reveals from Knott's Berry Farm and Legoland New York, as well as the announcement of this year's Thea Award winners from the Themed Entertainment Association. 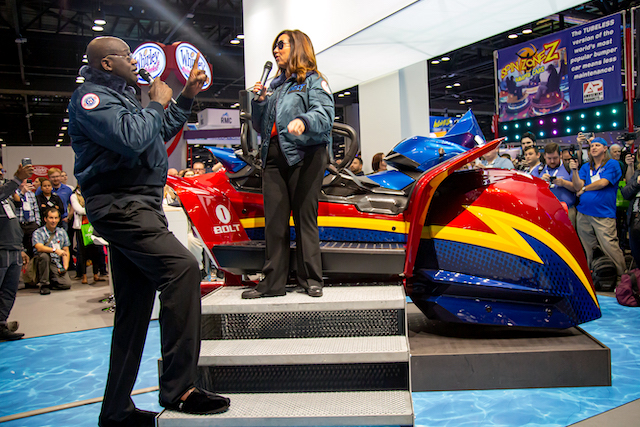 The Bolt coaster will be part of the Mardi Gras' Ultimate Playground, also featuring a 600-foot-long suspended ropes course – the longest in the fleet, a nine-hole miniature golf course, a jogging track, a basketball court, as well as the largest WaterWorks aqua park in the Carnival fleet, featuring three water slides.

But not even the sight of NBA Hall of Famer Shaq on the IAAPA show floor was as wild as the action in the SBF-VISA Rides pavilion. Check out that rotating lead car!

The #IAAPAExpo isn’t just about parks - it IS a park! Check out the crazy action in the SBF-VISA Rides pavilion. pic.twitter.com/en1WfXUow7

Fresh off its Thea Award win for the Popcorn Revenge interactive dark ride in Belgium's Walibi park, Alterface is expanding its Erratic Ride platform to support a wide variety of Popcorn Revenge installations for potential clients, based on the space availability and budget.

In addition, Alterface announced at IAAPA that it will be expanding the ride into a full-fledge IP called "Popcorn Universe." Working with Belgian design studio King Concept, Alterface has developed a portfolio of multiple ride experiences themed to popcorn that can be installed in a park or land that can accommodate from 400 to 5,000 visitors at a time.

And of course, there's plenty of Popcorn Universe-themed merchandise available, too. 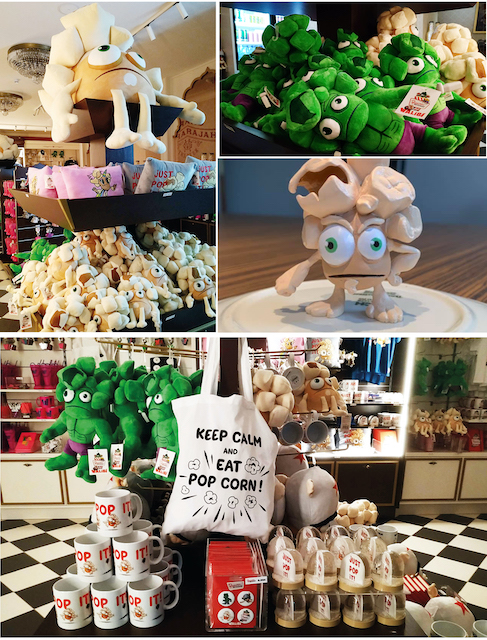 "We have seen a tremendous interest from the Asian, and more particular Chinese, market in our Popcorn IP. They absolutely adore it," Alterface founder and CEO Benoit Cornet said.

Tomorrow, the IAAPA Expo continues with its annual Legends panel, this year featuring lessons from the development and opening of Disney's Star Wars: Galaxy's Edge lands.

Great article Robert. sorry I missed you yesterday. Look forward to the Legends Panel this afternoon. We will be looking for you there.