The park invited several guests to go behind the walls for a construction tour of the new Premier Rides coaster today. 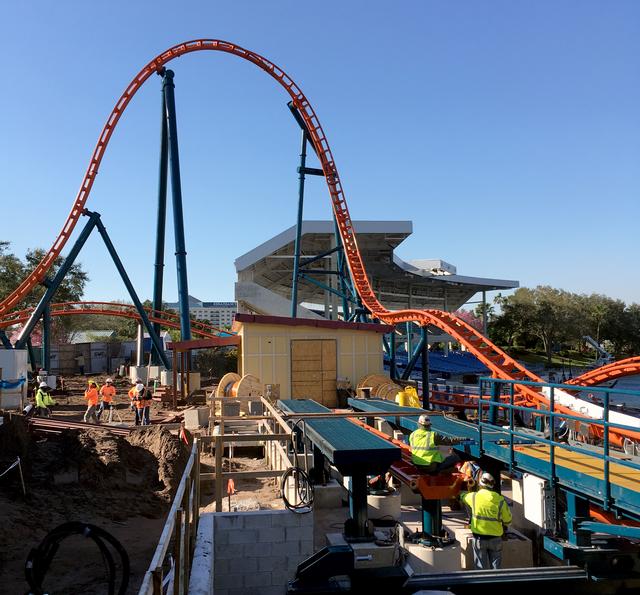 Obviously, there remains much work to be done around the coaster, including pouring concrete for some of the paths around the station. But the 1,900 feet of track are nearly complete. 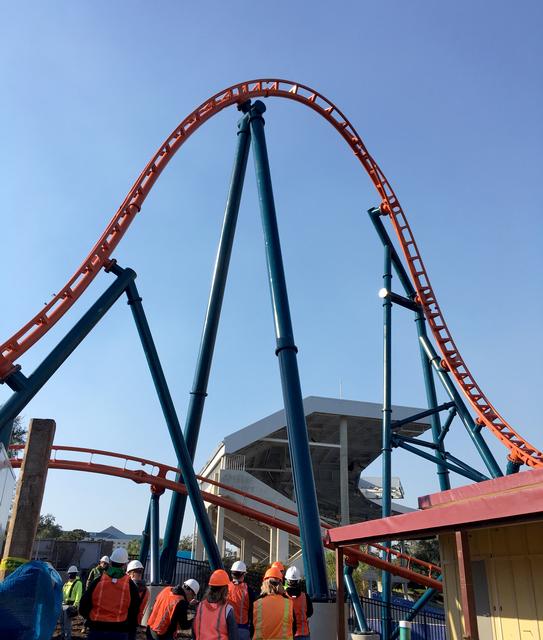 Ice Breaker will feature four launches, sending riders backward out of the station, then forward, then backward again before a final 52-mph launch forward. Along the way riders will fly up, then fall down, Ice Breaker's signature 93-foot, 100-degree spike. 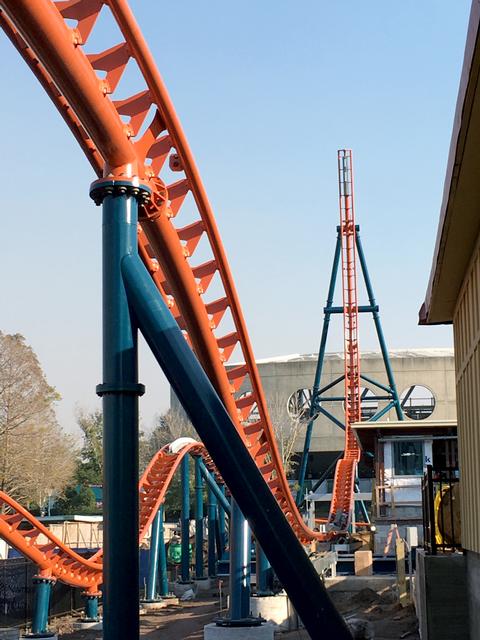 The description — with multiple forward and back launches to build speed — evokes a plussed version of the Sky Rocket II coasters, also from Premier, that SeaWorld has installed in San Diego and its two Busch Gardens theme parks. But Ice Breaker promises a unique experience with its different track configuration and ability to run two trains, thanks to a high-speed transfer track.

Even for non-riders, it should be fun to watch. 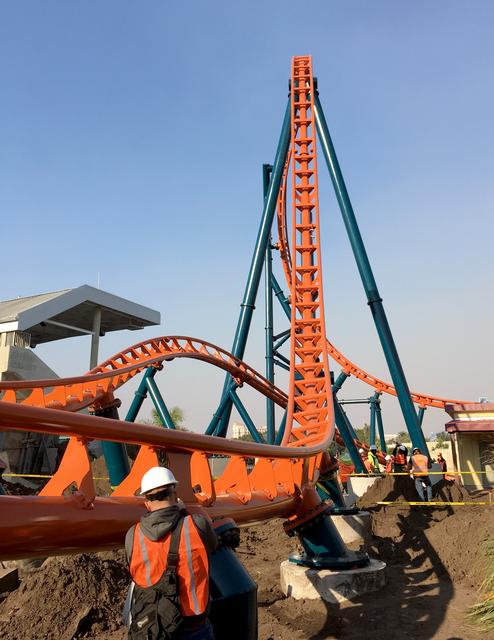 Is it just me .... or are we starting to see way too many shuttle coasters being built and/or proposed ??

BGWfans even reckon the 2021 project may be a larger than life one ??

Don't get me wrong, I'm looking forward to Ice Breaker, but it certainly won't become my SWO favourite.

My biggest concern for this is the 54" height restriction that will likely be placed on guests for this ride. This coaster doesn't look extreme in the slightest, yet younger coaster fans are going to be sidelined by the restriction that keeps the SkyRockets and other Premier Coasters (like West Coast Racers, Full Throttle, and Flight of Fear) inaccessible. This park really needs a "bridge" coaster for kids that are over 48" yet still under the 54" restriction on the "big" coasters in the park. The profile and layout of this coaster should be accessible to a more family audience, but undoubtedly the younger thrill seekers will end up in the parent swap.

I do like the use of the transfer track to improve capacity, but it will still take some hard working ops to keep the throughput high. Every theme park where I've been that has coasters with multiple load stations/transfer tracks, the ops are never able to optimize the throughput to the point that within a couple of years they simply give up using the features of the coaster that allow for the higher capacity. California Screamin'/Incredicoaster, Revenge of the Mummy, and Gringott's are the rare exceptions to this rule.

@Makorider - I'm just not buying those BGW 2021 coaster rumors. It makes ZERO sense for them to build a multi launch coaster this year only to install a second one a year later, particularly with Tempesto. There have been tons of rumors and leaks about developments for the old Drachen Fire site since the coaster went SBNO, and not a single one has come to fruition. Until BGW actually announces something for that space, I will always take any report about a coaster on that parcel with a grain of salt.

I always try to be optimistic with these reports, but BFWfans do seem to be stretching the realms of probability with this one.

As I mentioned in a previous post, the SWO blogs are alight with a winged coaster for 2021. The other rumor gathering pace here in Florida, is BGT might be getting a Finnegan's Flyer type of ride .... now that would be great. I love that ride.

As an aside ..... Orca Encounter is getting rave reviews. I have to admit I do think what they have done with the show is a big step up from One Ocean.

From the hard hat tour Robert was on, it was confirmed that the height restriction will be 48”, the ride duration will be 1:30 and the Arctic area by the new coaster will be refurbished as part of the overall scope of the project.

Disneyland looks for magic to happen with its new parade