The Soul of Change at Walt Disney World's Epcot

February 5, 2021, 8:48 PM · Looks like the highlight of Walt Disney World's new Harmonious show will be a giant game of real-life Battleship on Epcot's World Showcase Lagoon.

Well, what else are we going to think after seeing this on the side of one of the show barges this week? 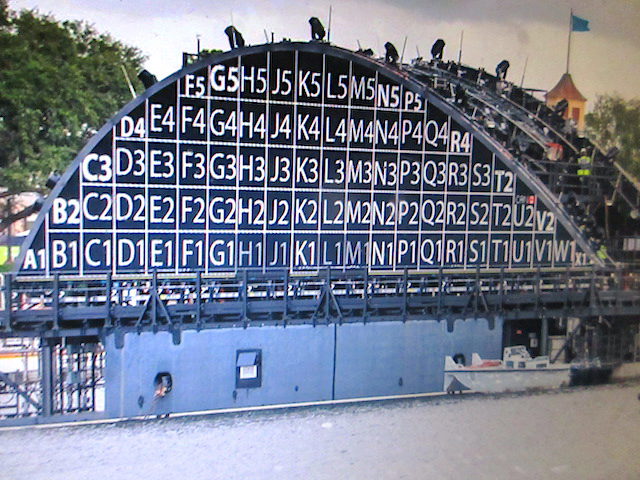 Okay, on a different note... (please forgive me!), we also are getting a look inside The American Adventure at the new "The Soul of Jazz" exhibit, which opened this week. 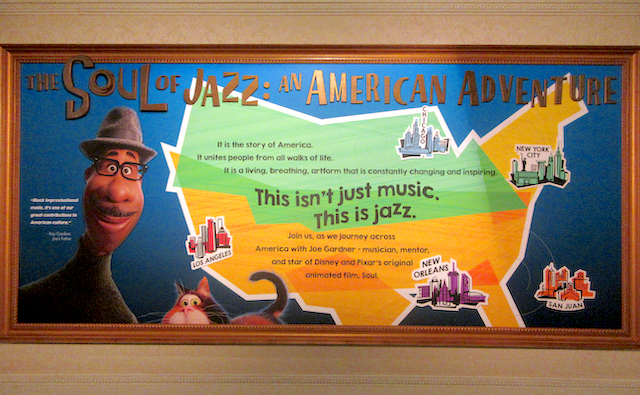 Located in the opposite end of the rotunda from the Native Peoples exhibit the Soul Exhibit consists of six panels, starting with an introduction to Joe Garner, the middle school band teacher at the heart of Disney-Pixar's "Soul." 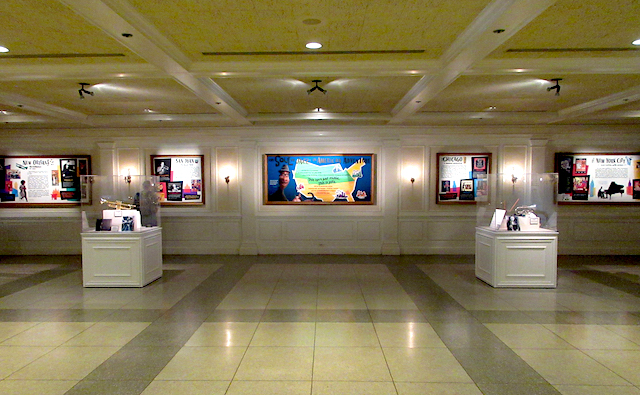 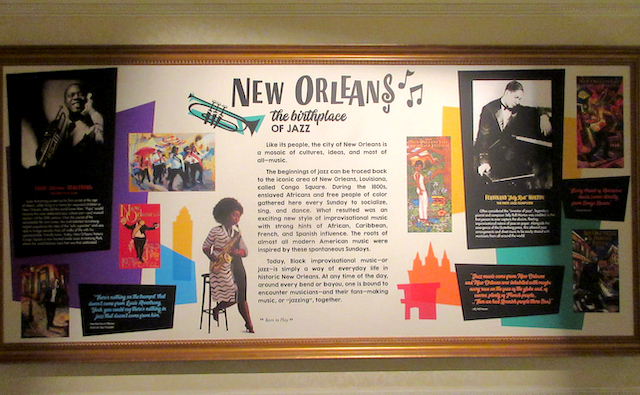 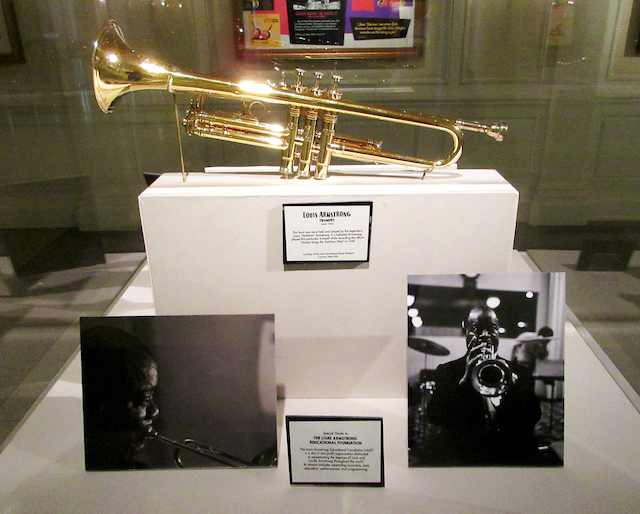 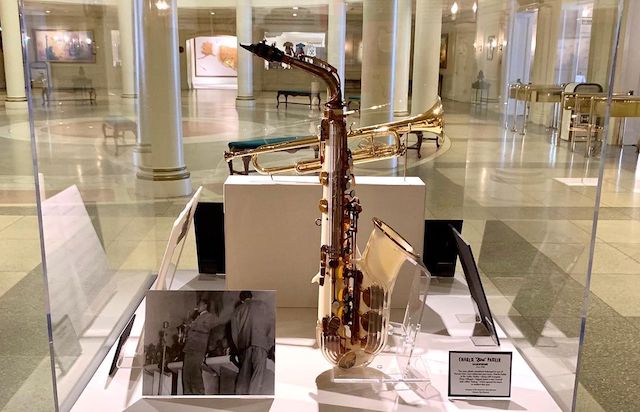 The Soul of Jazz: An American Adventure is part of the "Celebrate Soulfully" commemoration of Black History Month across the Walt Disney World resort, although this exhibit is scheduled to continue past the end of February. No end date for the exhibit has been announced.

Thanks to Theme Park Insider readers for the photos!

Great report! 'Harmonious' has the potential to be a cash-flow, godsend this summer. And 'Soul' might be the most elegant film Pixar has ever released.

I was really wondering how you were going to tie Battleship to Epcot :-). Nice one, Robert!

Those barges are a blot on the Epcot landscape. Gone are the great views across the lake, just 2 black blobs blocking the view. Maybe when they are fully operational as fountains it won’t seem as bad, but having enjoyed an unrestricted view for so long it’s just not what I had envisaged when I first saw the concept art.

As an aside, I went to Animal kingdom yesterday and the park was deserted. Everest was a walk-on and FofP was listed at 15mins but that turned out to be the time taken to walk thru the queue line. Even the safari ride was a walk-on. Just an amazing day at Disney :)

@Makorider This is a time of HUGE transition for Disney parks. What better time to experiment, and to make the moves that may or may not turn off some die-hards, than now? If there was ever a time to try to tweak a formula which has worked well, but not perfectly, then why not now, with attendance numbers down?

But I'm willing to wait and see how this turns out. I'm not saying that you're wrong, because I haven't been there since these barges went out into the lagoon.

You very well may be right in the long run. I'm just waiting to see the finished product before I decide. But I absolutely get where you're coming from.

Universal Orlando Kicks Off Its Taste of Mardi Gras