April 15, 2021, 6:30 PM · Universal Studios Hollywood this morning welcomed back its annual passholders for a preview day in advance of the park's official reopening tomorrow.

Other than the recent Taste of Universal event, Universal Studios Hollywood has been closed officially for more than a year, due to the pandemic. Let's enjoy the opening moment.

Yes, it's been a long time but Universal has been busy working on its original property, in the meantime. Later today, I will post my reviews of the park's new attraction, The Secret Life of Pets: Off the Leash and the refurbished and enhanced Jurassic World: The Ride. (Update: Follow those links now for the reviews.)

In the meantime, let's just enjoy a walk around what has become an even more beautiful and well-themed park.

As impressive as the new Pets ride and improved Jurassic World finale may be, they are just appetizers to the main course now under construction on the park's Lower Lot - Super Nintendo World. And Universal Studios Hollywood finally is publicly acknowledging that this major construction project is, in fact, the future home of Mario and Luigi. 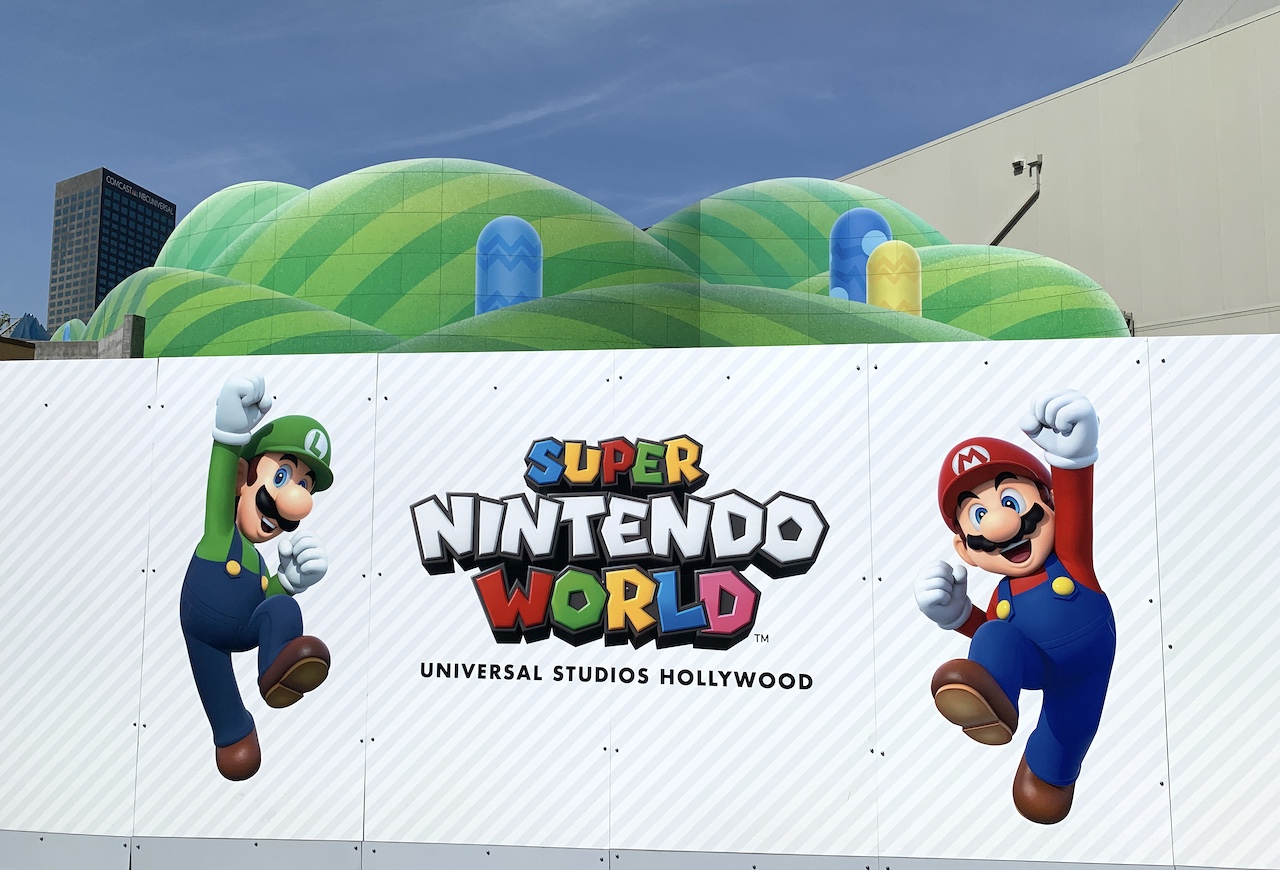 Here's a current overview of the construction, from the Starway. 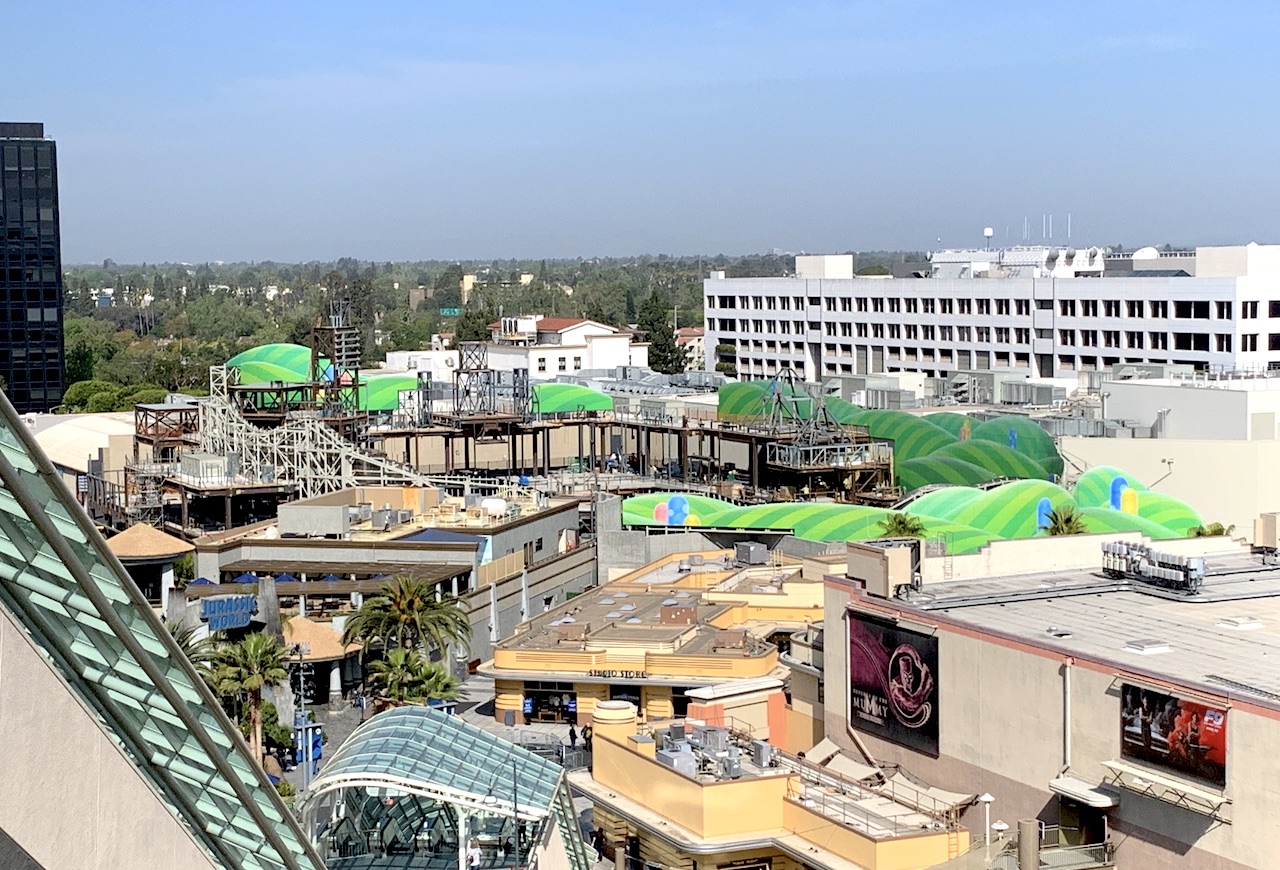 From that view, I suspect that we're at least a year out from this land opening and American fans getting their first shots on Universal's new Mario Kart ride. Of course, Universal still hasn't issued any press releases with any timelines formally announcing this project at Universal Studios Hollywood, so feel free to guess when this land might open.

As for today, while the park opened 30 minutes early for the few hundred passholders who were waiting outside the gates before the park's official 10am return, downtimes plagued the park's new attractions throughout the day. Jurassic World did not open until around noon, while Secret Life of Pets then experienced a downtime that seemed to last into the mid-afternoon. I got booted from the Pets queue shortly after noon, and when I returned at 2pm, the Virtual Line return queue was running through the entirety of the closed Minion Mayhem queue, with no movement happening. (That's when I decided to return home to start writing.)

Other than the posted 180-minute wait that Jurassic World ballooned to after its delayed opening, the open attractions around the park generally posted wait times between five and 20 minutes throughout the morning and early afternoon. But a few attractions remained closed entirely, including the aforementioned Minion Mayhem, as well as The Simpsons Ride, Waterworld, and Kung Fu Panda. The park said that those will open at later dates.

Dreamworks theater was closed due to being a an indoor theater show(Ditto Special Effects Stages). In The Simpsons Ride, guests will spend more than 15 minutes inside(The 2 preview ride videos and the main attraction are 5 minutes long each with some time over due to waiting for all guests getting into place) thus not being allowed to operate. Waterworld, they’re in the process of getting the actors.

Thanks for the info.

Ride Review: The Secret Life of Pets - Off the Leash