May 26, 2021, 9:09 PM · Karma mocks parents who try to comfort their children before a theme park ride. Woe unto any dad or mom who attempts to convince their wide-eyed child that "nothing's going to go wrong" when the number-one trope in the theme park industry is "...and then everything goes horribly wrong."

And so this scene played yet again this morning during the media preview for Legoland California's installation of The Lego Movie World. As in Florida, where the land first appeared in 2019, the main attraction here is the flying theater - this time named "Emmet's Flying Adventure" but otherwise unchanged from the original "Masters of Flight."

It's all fun. Our hero from The Lego Movie and The Lego Movie 2, Emmet Brickowski, has built a "Triple Decker Couch" as his entry in the Lego "Masters of Flight" competition. We are the guinea pigs recruited to test-ride the thing, and of course, we end up on a wild adventure. The show races gleefully through visual homages to movies and other theme park rides before Emmet and his new friends get things under control.

The one thing Emmet's Flying Adventure isn't is a pleasant, calming aerial travelogue, like Disney's Soarin'... which is what Dad foolishly tried to convince his kid to expect. Everything is not awesome.

Well, not at first. (You can hear the screams in the POV below.) But Emmet and his adventure won over the kid in time for the requisite happy ending.

Let's talk a walk around the new land, which replaces the former Lego Friends Heartlake City in the Carlsbad theme park.

In addition to the name change for the flying theater ride, Legoland has swapped the Tacos Everyday restaurant for "Everything is Ramen," which I did not get try, as it was closed during the preview. 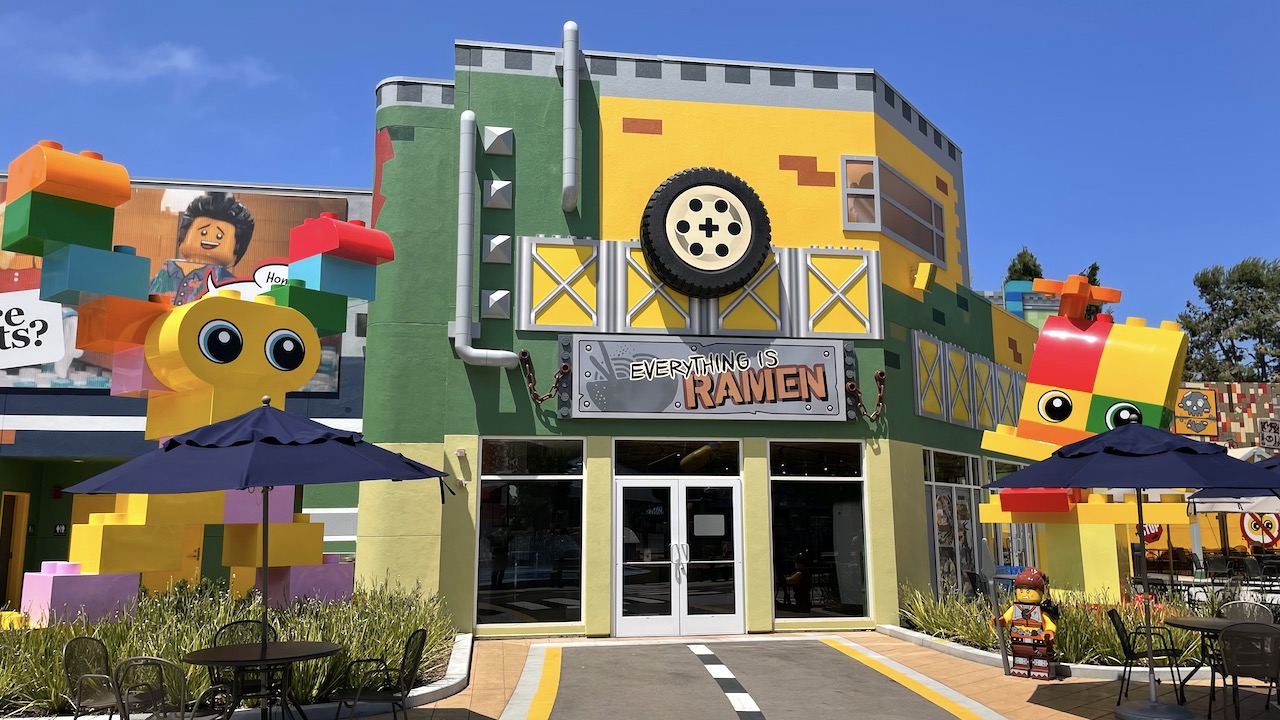 Lego already has a Splash Battle ride on the other side of the park, so there's no Battle of Bricksburg here. Instead, we get a rename for the former Mia’s Riding Camp carousel, which is now called "Queen Whatevra's Carousel." 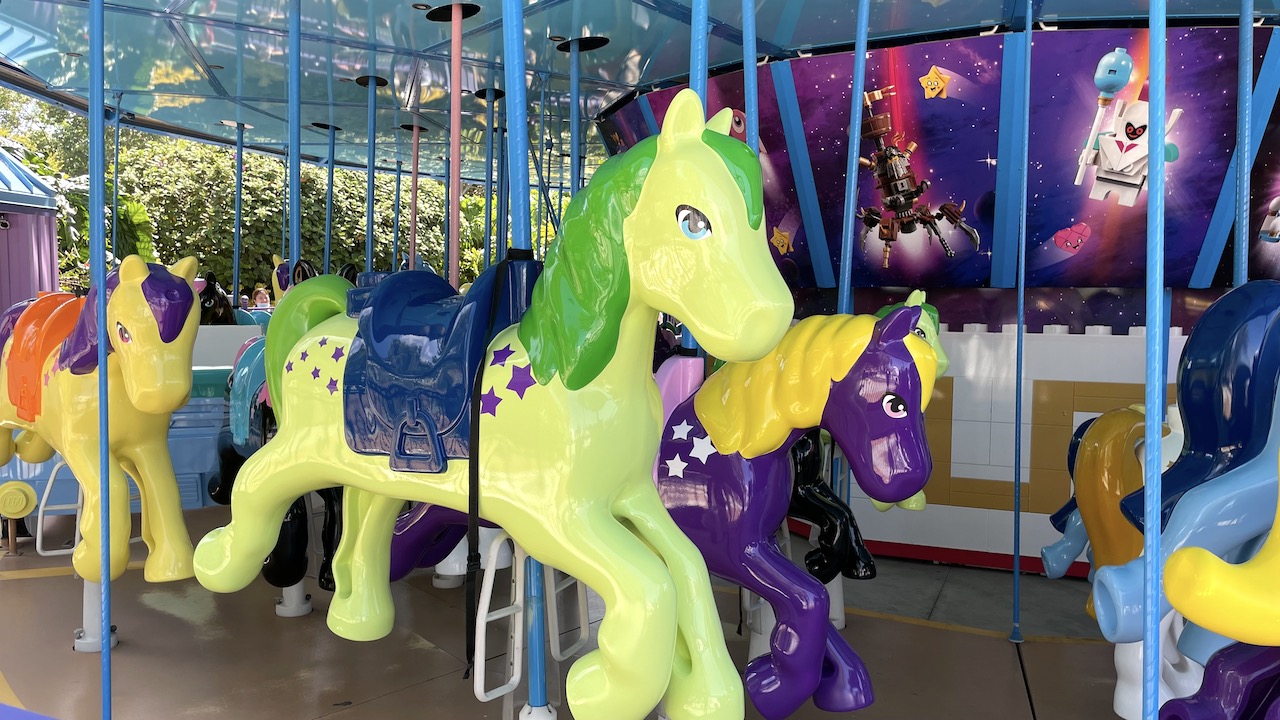 And Unikitty's Disco Drop gets a second tower, which should help reduce wait times later in the summer when the park can return to full capacity.

Love those views of the land and the surrounding areas of the park!

The Lego Movie became an obvious IP to include at Legoland theme parks around the world when it blew up the box office several years back. Though the sequel didn't enjoy the same level of success, the franchise and its characters fit perfectly here. Lego is supposed to be a participatory medium rather than an IP to watched passively. But Emmet and crew deliver messages that encourage play - and, ultimately, playing together. That makes this a world one that I think any family would be happy to spend some time visiting.

As with most Legoland stuff, this is exceedingly cute and fun looking. However, also with most of their recent additions, this is more of a "micro-land". While dropping tens of millions of dollars into additions is not typically Merlin's style, I for once would like to see what their creative team can do if given a larger canvas. Both American Legoland parks are filled with great attractions and theming perfectly tuned to their audience, but the layout and overall concept is very much like that audience with their short attention spans. No single land in their parks extends more than a few acres or a handful of attractions, and when walking through their parks, you can see this in the lack of transitions, numerous dead ends, and isolation of main attractions at the end of winding paths.

But that's the whole point of a Legoland. It's not a story. It's a toy box come to life, where there's always something else to explore and play with for a moment. There can't be transitions, because what is "over there" is supposed to contrast, to stand out, in order to draw you toward that next.

That said, Merlin owns non-Legoland theme parks, but I will defer to readers who have visited those parks in the UK for judgments. Hoping to get over there myself to see them next year.

Getting Back to Theme Parks with a Taste of Dollywood