What's Up for Adults Aboard the Disney Wish?

July 29, 2021, 2:17 PM · Disney Cruise Line is showing off more elements of its upcoming Disney Wish, which sails on its maiden voyage next June. This time, Disney is focusing on locations aimed at adult passengers.

During its initial reveal of Disney Wish, Disney announced the ship's first-ever Star Wars: Hyperspace Lounge as well as a Beauty and the Beast-inspired lounge called The Rose, at the entrance of Palo Steakhouse and the Enchanté restaurant. Today, Disney Imagineers revealed more details about the ship's spa, salon, barber shop, and three more bars.

Outdoor Oasis at Senses Spa will be "a dedicated outdoor relaxation space where guests can unwind in whirlpool spas, rest on plush loungers and find their center during yoga sessions," according to the DCL's press release. Inside, the spa's Rainforest experience will add the fleet's first ice lounge. 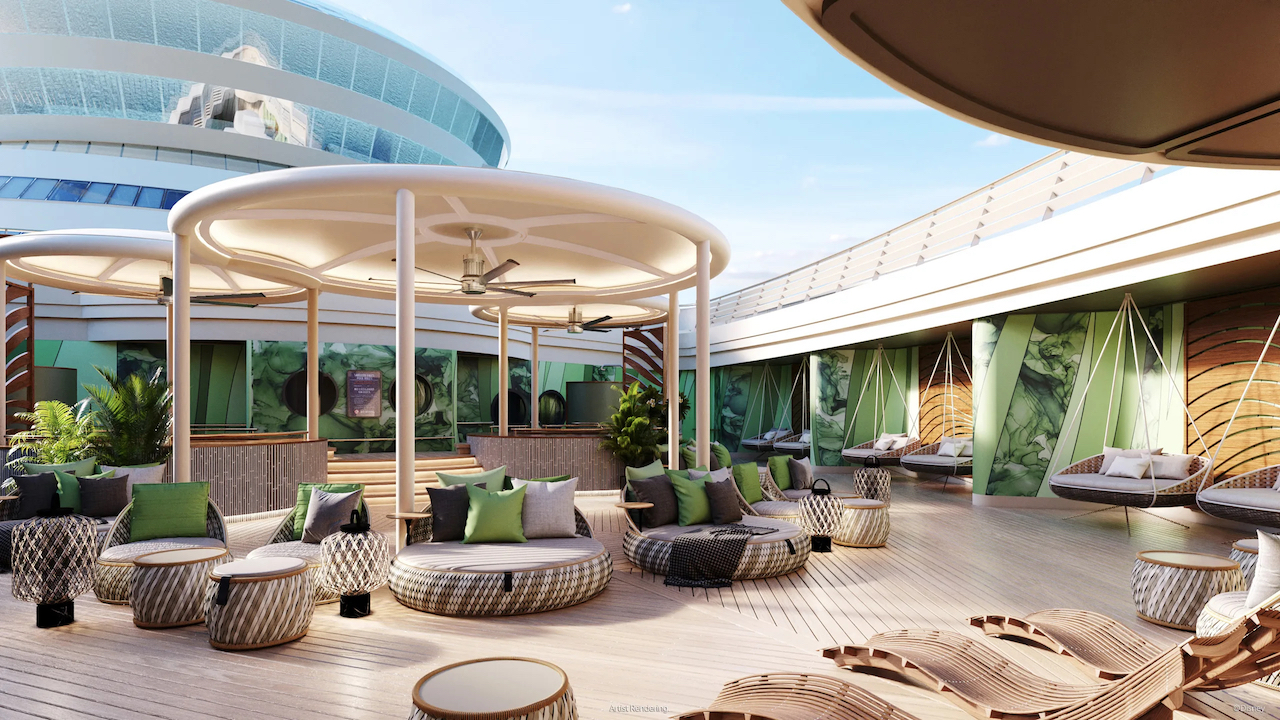 Inspired by Disney's queen of hair, Rapunzel, the Untangled Salon will offer haircuts and styling, as well as manicures, pedicures, teeth whitening, and skin treatments. 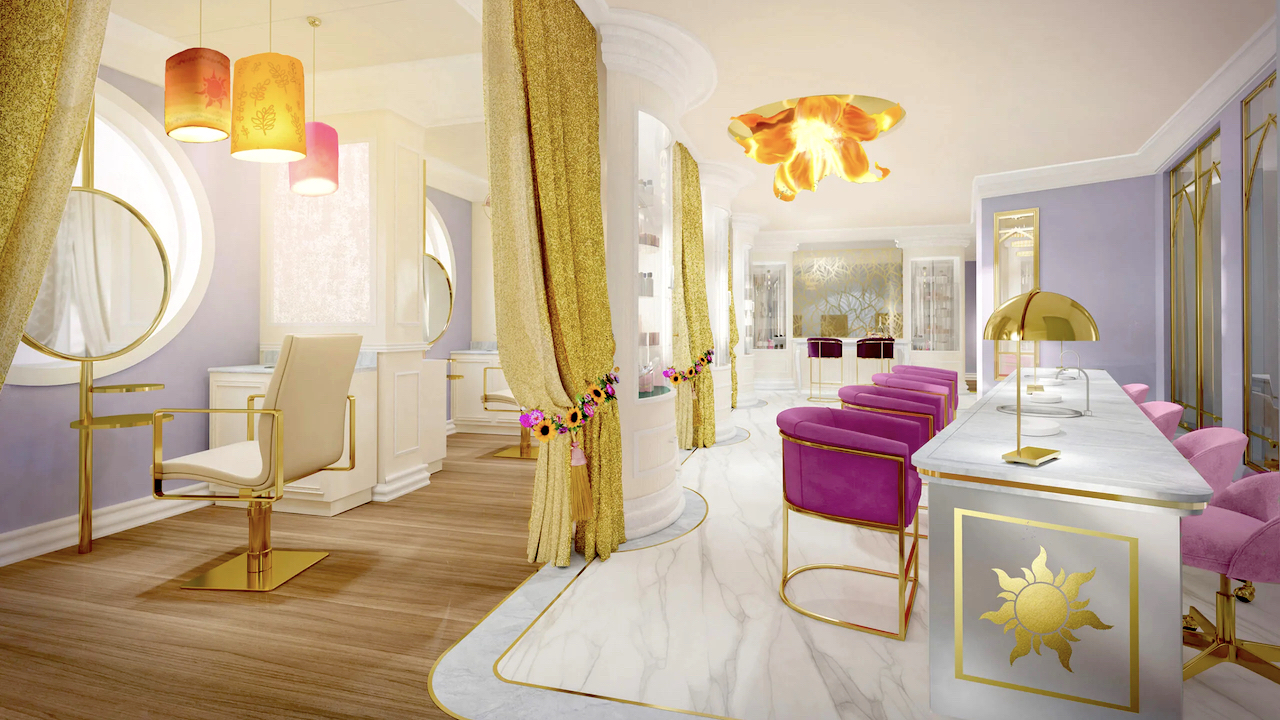 Other bars and lounges aboard Disney Wish will include Keg & Compass, a bar themed to a 19th century Norwegian sailor’s map room. 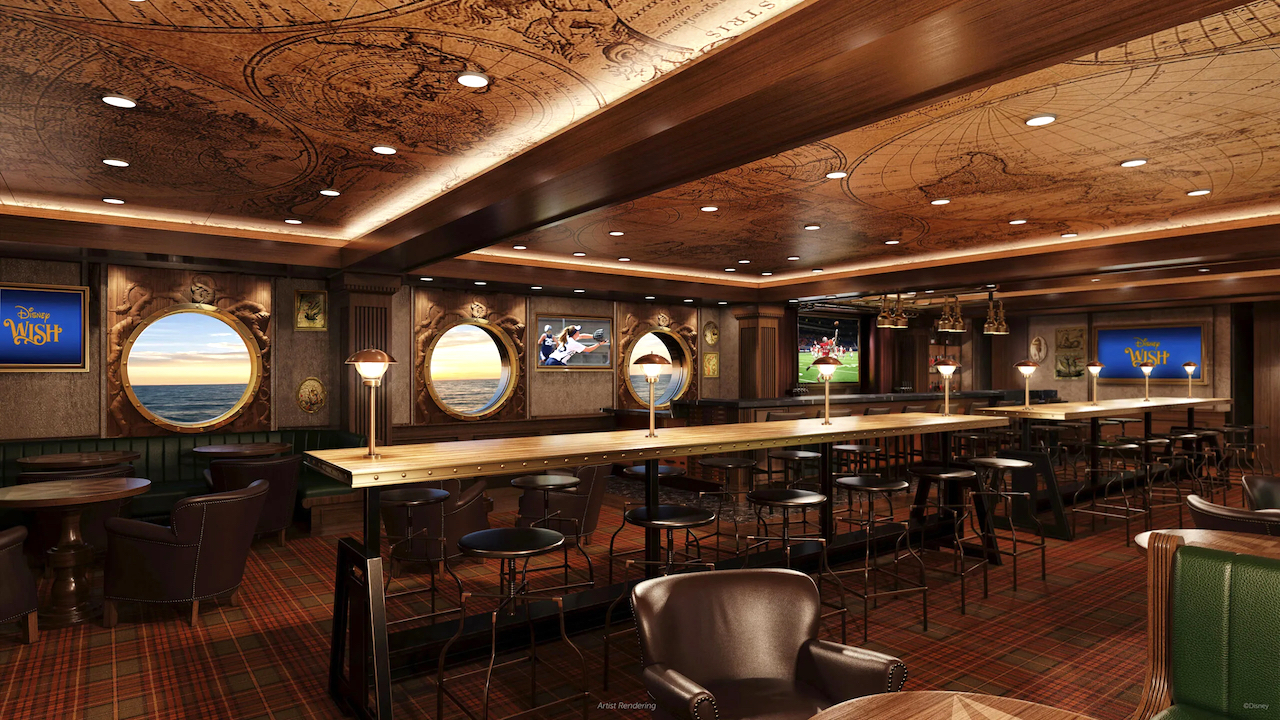 Nightingale’s will be a Cinderella-themed piano bar, serving wines, sparkling wine, and cocktails. Finally, The Bayou will be an informal lounge themed to The Princess and the Frog, serving cocktails, specialty coffees and signature beignets, along with hosting live entertainment and musical performances.

Disney Wish will sail three- and four-night cruises from Port Canaveral to the Bahamas, including Disney's private island, Castaway Cay.