What on Earth is a theme park-caliber attraction doing at one of America's leading outdoor concert venues? My curiosity enticed me to hop a plane from LA to Chicago to find out.

"Bernstein's Answer" is an immersive 10-minute video production that plays in the new Music Box facility at Ravinia Festival, perhaps best known as the summer home of the Chicago Symphony Orchestra. Leonard Bernstein's "West Side Story" might be poised to blow up the nation's box office again, thanks to the upcoming Steven Spielberg film, but has anyone been asking for yet another Bernstein doc, especially to play in a single venue not especially known for its association with the famous New York-based composer and conductor?

Not really. Which is why BRC did not deliver that.

"Bernstein's Answer" teases that conventional approach with its preshow and overture. But when Bobby McFerrin then appears in front of the 64-seat theater in BRC's iconic Pepper's Ghost-style form, we get our first clue that this show may be headed in a different direction. 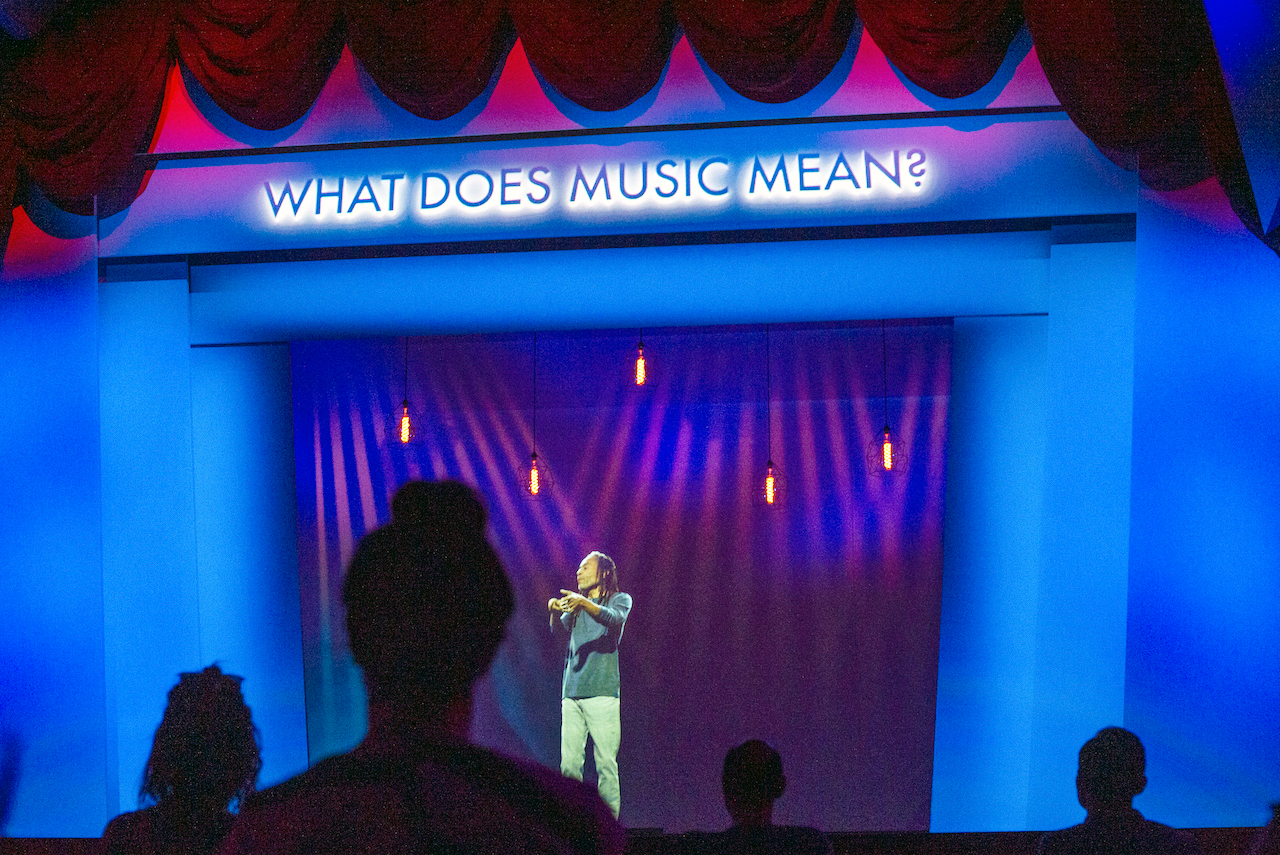 But before we can get Bernstein's answer, we must know the question. And that question is – simply, and profoundly – "what does music mean?" Yes, the answer does come by the end of the 10 minutes – at least Bernstein's version of it – but not before McFerrin leads us to challenge our assumptions about music and its role in our lives.

Under the creative direction of Brad Shelton and Edward Hodge, the BRC team plays with visual forms and formats in the Music Box, leaving you wondering what will happen next with the images they project, much like Leonard Bernstein so often left audiences unable to predict his next creative move.

At a press conference before the show's media preview, Shelton shared a story about its host and its subject. A friend of Bernstein, McFerrin once called his mentor for advice on an accepting conducting job. "'Bobby… it's all jazz'," Shelton quoted Bernstein saying to McFerrin. 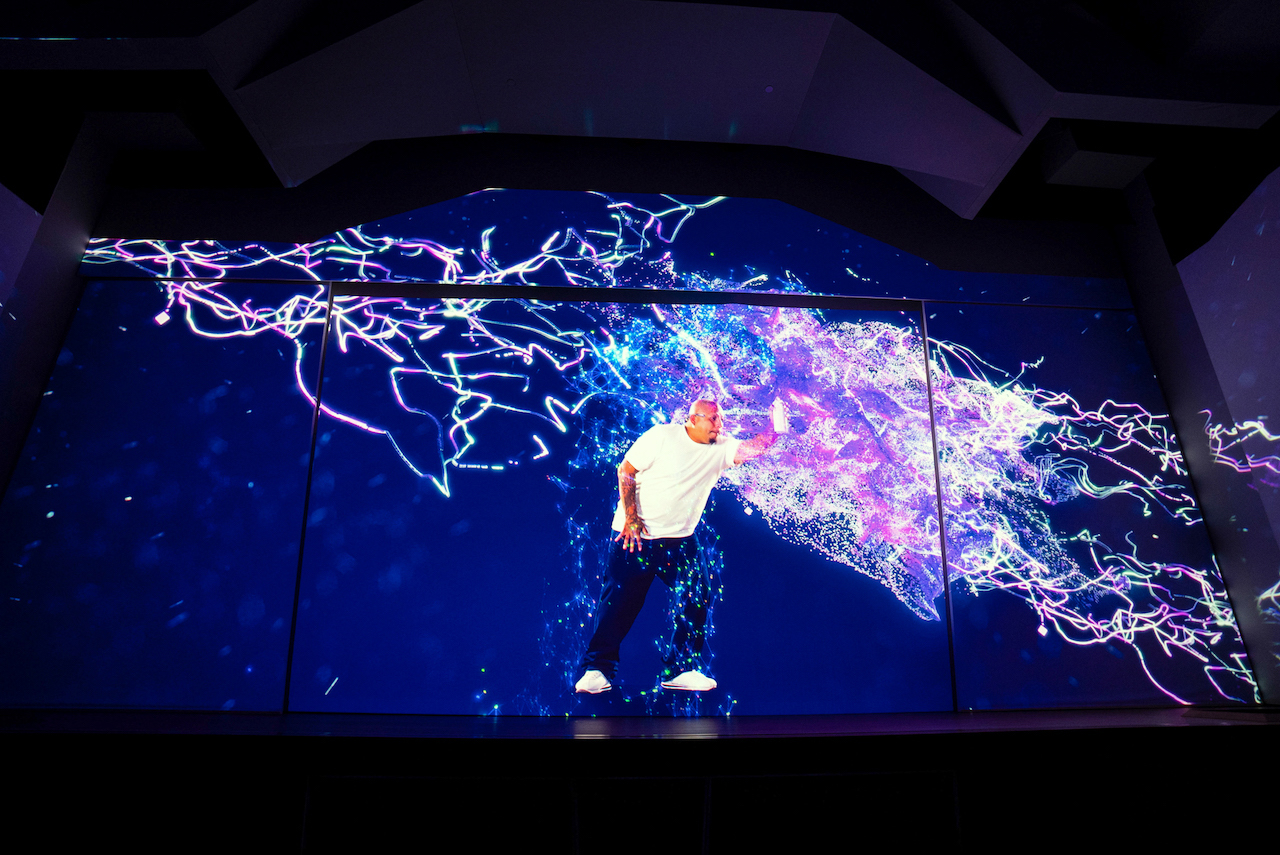 But as Bernstein was much more than a just classical musician, he was more than just a musician, too. An educator, an activist, and an agitator, Bernstein protested against the war in Vietnam and nuclear weapons, and raised support for Black Panthers and gay rights. Musically, he resisted the mid-20th-century trend toward atonal and 12-tone music in favor of expanding the palette to include jazz and world music. And he introduced that mix to a new generation of fans through his nationally broadcast Young People's Concerts.

"Bernstein's Answer" does not shy from his social activism and despair over human nature. The production employs visual references to the social darkness that Bernstein fought during his lifetime as the denouement to its inspiring finale, which features The Chicago Children's Choir singing "Somewhere" from "West Side Story."

"This will be our reply to violence," Bernstein speaks from the screen. "To make music more intensely, more beautiful, more devotedly than ever before."

From the ugliness of human abuse springs a moment of pure beauty, like a forest sprouting after a fire. 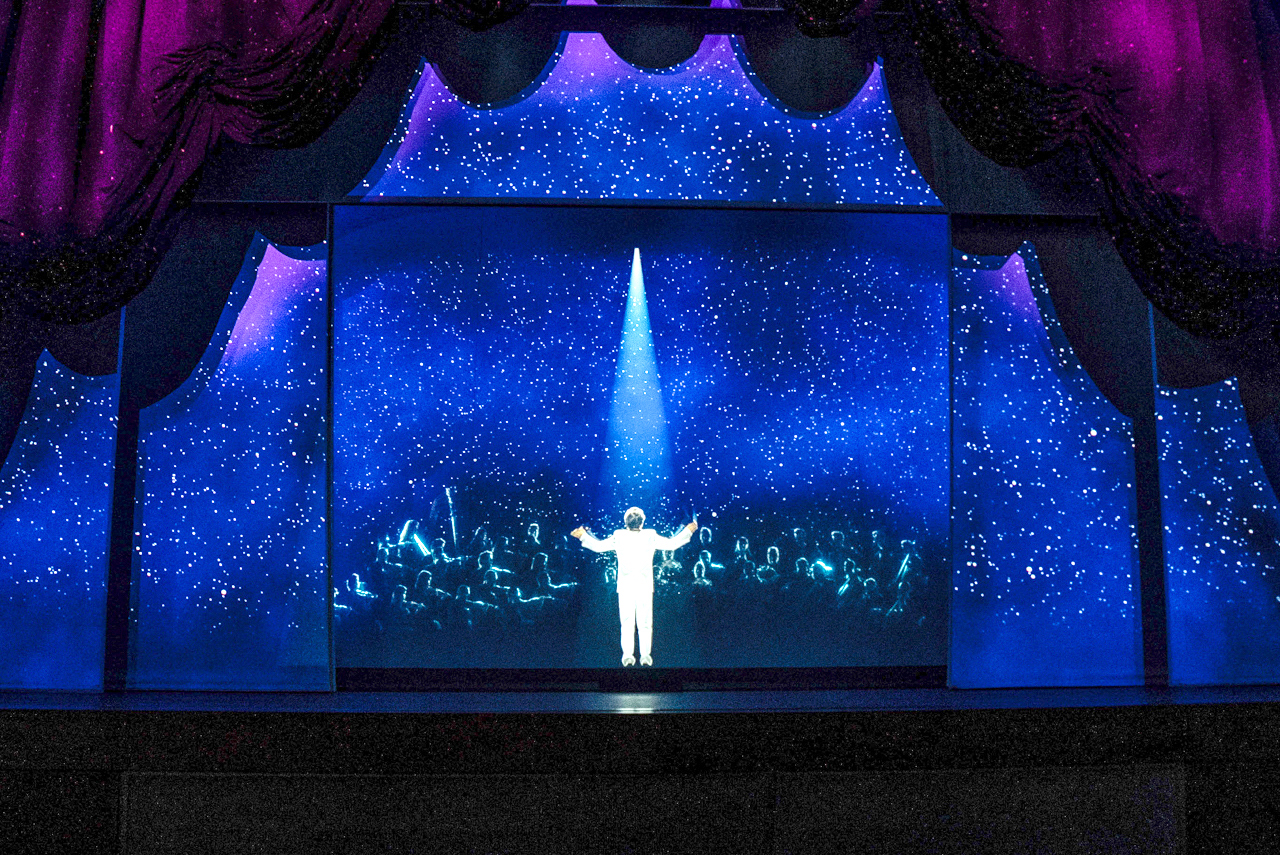 "There's always a place to recover to," Hodge said. "We can always learn and get better." You can hear more about the making of "Bernstein's Answer" from my interviews with Hodge, Shelton and Leonard Bernstein's daughter Jamie. The video also includes exclusive images from the show itself.

Oh, and about that Answer? McFerrin delivers it as pure joie de vivre – "I'm no longer quite sure what the question is. But I do know that the answer is… ‘Yes!'"

"Bernstein's Answer" is free with admission to any Ravinia Festival concert, playing up to 30 minutes before the concert's start. For a schedule of upcoming concerts, visit Ravinia.org.

For more coverage from the press event, focusing on Bernstein's musical and humanitarian legacy, please read my companion post on Violinist.com.

This sounds fascinating. Hopefully next time I’m in that part of the world I can check this out. Thanks for illuminating this Robert

I grew up going to concerts at Ravinia. John Denver, The Carpenters, Neil Sedaka, Loggins and Messina.

"Bernstein's Answer" seems like a great addition to a truly unique performance venue.