Universal Studios Japan announced today that it will add Donkey Kong to its Nintendo-themed land in 2024. The new area will feature a roller coaster and interactive experiences along with themed food and merchandise.

"Guests will feel like they are playing inside the world of Donkey Kong as they take a walk on the wild side through the lush jungles where Donkey Kong and his friends live," Universal said in its press release. The Donkey Kong area will expand the current Super Nintendo World footprint by about 70%, the park said. 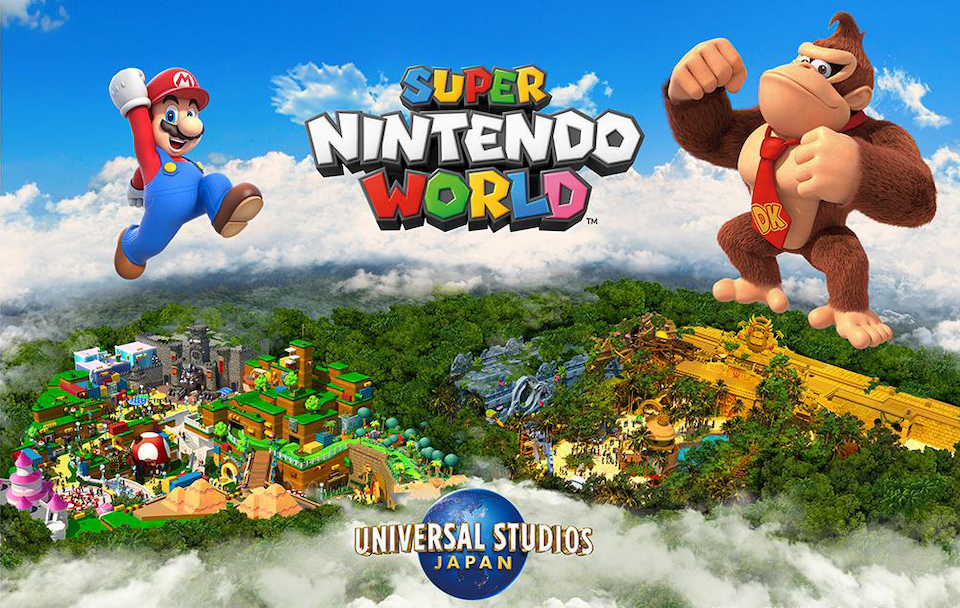 "I am very happy to be able to make the world of Donkey Kong a reality following the world of Mario," Nintendo's Shigeru Miyamoto said. "I am looking forward to creating a thrilling Donkey Kong experience with the amazing team at Universal. It will take some time until it is completed, but it will be a unique area for not only people who are familiar with Donkey Kong games, but for all guests."

"Guests will feel like they are playing inside the world of Donkey Kong."

If it's just more screens, spare us. I was so bummed to see the Mario Kart ride, and even more bummed yesterday to see the new Guardians coaster at Epcot is all screens.

I am hopeful that a Zelda expansion will eventually be built. I am not sure how they would do it or what their focus/style would be (since Zelda has changed so much through the years), but I think it would be awesome.

I think Mario and DK are no-brainers though- they have stayed mostly the same and their worlds are familiar, kinetic, and lively. I can't wait to experience these lands on my own. I am sure that the new Mario movie coming in 2022 will drive consumer demand even more than it currently is. For someone that has grown up with Nintendo, this is all very exciting.

Not to bury the lead here, but did I miss an announcement about the Guardians coaster? Where was the information dumped about it being heavily populated with screens? Genuinely curious…

Epic Universe will still be in construction by the time this land opens, so I hope Nintendo World will also include this Donkey Kong expansion when the park opens. From everything I've heard, this coaster is gonna be super cool and really innovative

@fattyackin-
It hasn't been officially announced by Disney but the show building will have, I believe, 2 huge dome screens but I'm not exactly sure in what form. Ik that the screens are supposed to use the space jump pentagon effect seen in the GOTG movies and Endgame, seen here: https://www.youtube.com/watch?v=yAB8g7doLYQ

The Donkey Kong coaster is supposed to be a mine cart ride where the track “gaps” and you go through “jumps” like in Donkey Kong Country. The idea seems pretty brilliant.

@fattyackin Search "Guardians Coaster" and there's a youtube video called "Everything we know so far." Even the animatronics they'd initially planned for the pre-show scene are now but one more pepper's ghost projection, just like ROR and, ugh, Spiderman's Midway Maniaslingers.

Because Disney didn't learn its lesson with the Avatar Boatride Through Circuit City.

Lol thanks. Hey, circuit city was not without its charms! I at least remember the restroom always having a fresh urinal cake

Since I don't think I'll be going to Japan any time soon, I can hardly wait until 2025 when Epic Universe opens. I'm not much on Mario or Donkey Kong, but I've played enough games on the Nintendo systems with my kids and grandkids over the years to appreciate them. Now, if they included a Metroid Prime ride, I'd be there on opening day.

@thecolonel - What's wrong with the Avatar boat ride? It seems like it meets the expectations of the target audience.

@fattyackin - Totally agree on the fresh urinal cake. Best way to tell if the food is any good in the diner at the truck stop. No urinal cake - go find a McDonalds. Fresh urinal cake - only one day of intestinal distress after eating the blue plate special.

Not a big video game person either, but my kids and I love to play Mario Kart. The Donkey Kong coaster is the ride I've always been most excited about. Won't be the biggest or baddest, but looks to hopefully be a lot of fun with the (allegedly) false track.