September 28, 2021, 5:18 PM · You wanted to know what's on the menu for Walt Disney World's 50th anniversary? Well, here you go. Disney is serving some callbacks to former attractions at select Magic Kingdom restaurants during its 18-month "The World's Most Magical Celebration." 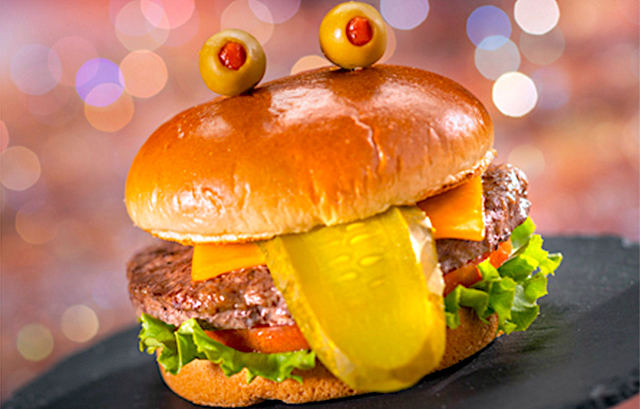 While I appreciate the effort that went into styling this burger for Disney's publicity photo (above), I have to question how consistently Disney will be able to replicate that frog face at a Fantasyland quick serve location. 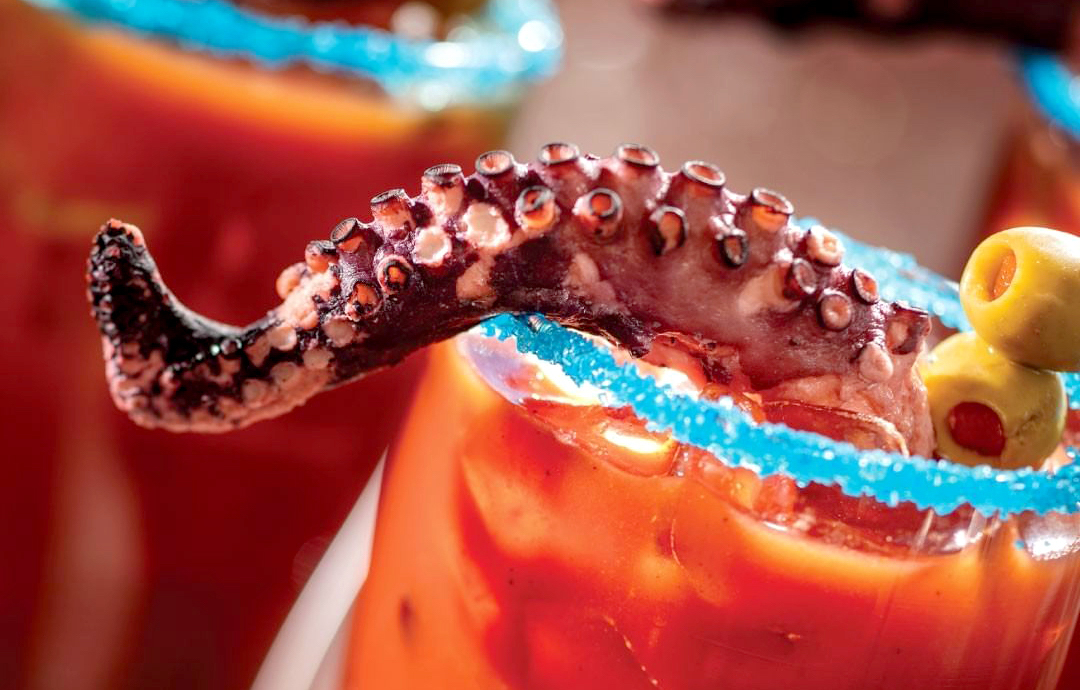 Be Our Guest Restaurant will honor 20,000 Leagues Under the Sea (aka the submarine ride) with the Squids Revenge Drink, a michelada with a salted rim and garnished with charred octopus. 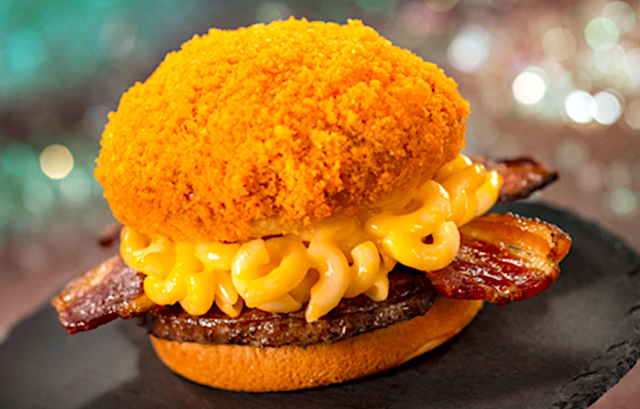 Cosmic Ray's Starlight Cafe sends guests back on Mission to Mars with this bacon and mac-and-cheese-topped burger, served with a bun coasted with "crushed cheese-flavored puffs." I'm missing the connection here, I must admit. This looks pretty orange for the red planet. And it's the Moon that's supposed to be made from cheese, not Mars. Maybe it's because Mission to Mars was perhaps the cheesiest attraction in Magic Kingdom history? 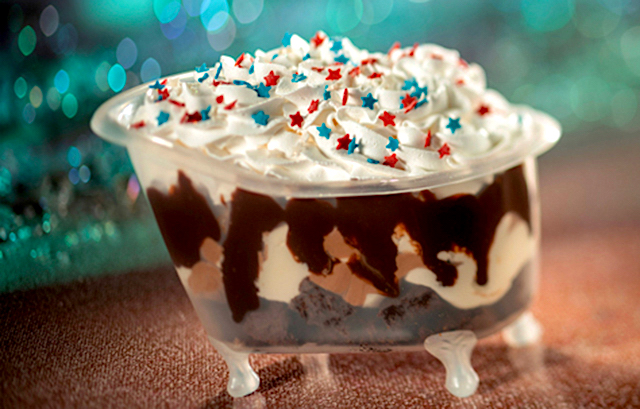 Carousel of Progress is still running in Tomorrowland, so this isn't another tribute to a past attraction, but give credit to Auntie Gravity's Galactic Goodies for the Uncle Orville Great Big Beautiful Tomorrow Sundae, with chocolate and vanilla soft-serve, brownie pieces, hot fudge, and whipped cream topped with red, white, and blue sprinkles served in a plastic bathtub. 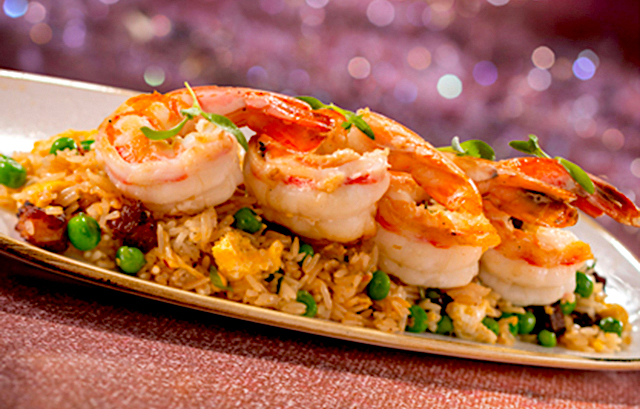 Finally, the Jungle Navigation Co. Skipper Canteen honors not a past attraction but a past restaurant by bringing back Veranda Fried Rice from the old Verandah Restaurant that once occupied its space. This one is chili-garlic shrimp served over pork fried rice.

You can find the complete list of 50th anniversary food and drink in Disney's "foodie guide." Beyond the tribute dishes described above, it's mostly a bunch of logo-laden desserts, though there are a few callouts to Walt through chili-topped fries and hot dogs, as well as some steaks and chops.