October 21, 2021, 5:10 PM · The Disney Wish might still be under construction in Germany, but the Disney Cruise Line's newest ship will be "floating" into New York City next month. 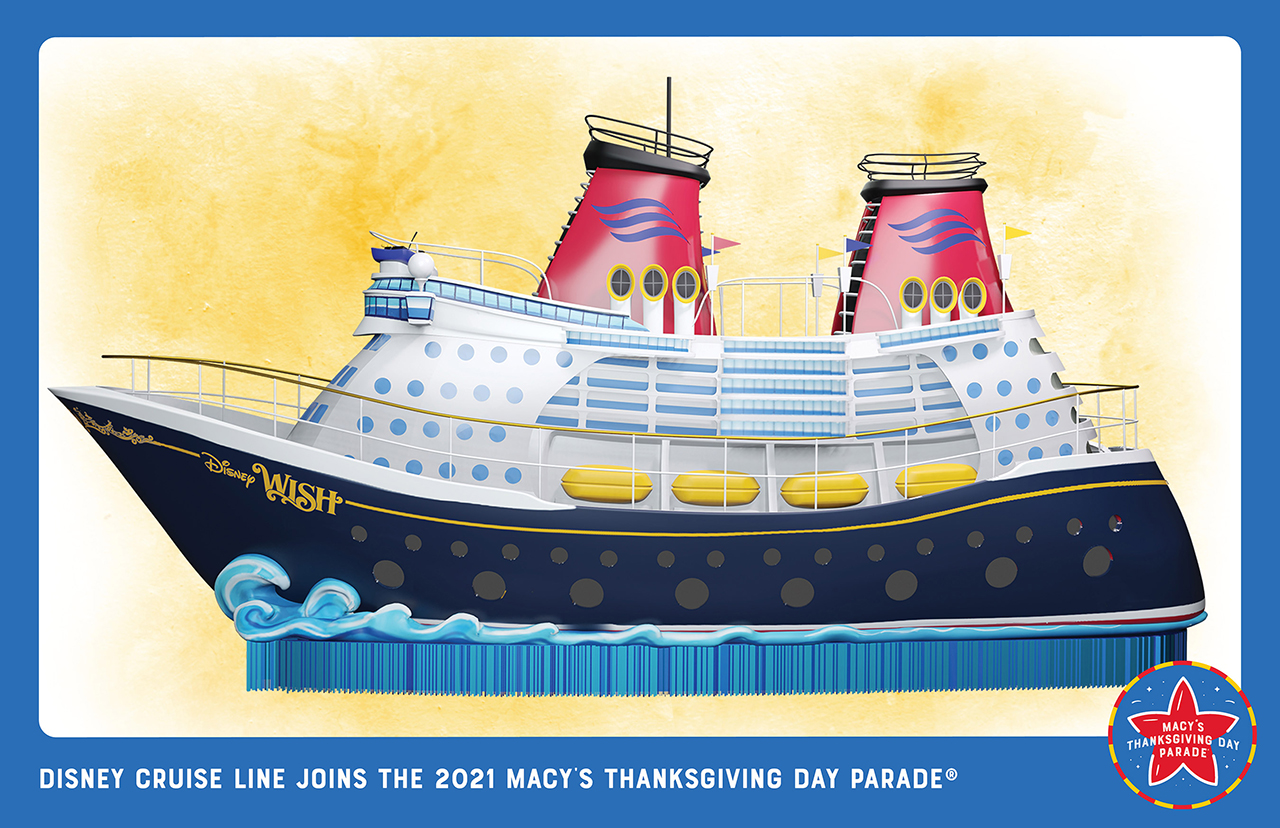 "The entire Macy's Parade team is thrilled to welcome Disney Cruise Line to this year's outstanding Parade lineup," parade producer Jordan Dabb said. "This magical float will enchant an audience of millions in New York City, and nationwide on television with Disney’s signature brand of imagination and innovation."

The float will feature 15 Disney characters, including Captain Minnie Mouse, Cinderella, Princess Tiana, and Aladdin and Jasmine - all which the real-life Disney Wish will feature when it sails next summer.

"The Macy's Thanksgiving Day Parade is a treasured tradition at the heart of family holiday celebrations," Disney Cruise Line Senior Vice President and General Manager Sharon Siskie said. "We are honored to collaborate with Macy's for this renowned event and build upon the shared legacy of creating magical memories year after year. Just like the Disney Wish, our float will be a celebration of enchanting Disney storytelling, beloved characters and wishes come true."

NBC will broadcast the 95th Macy's Thanksgiving Day Parade at 9am Eastern on Thursday, November 25. The Disney Wish will sail its maiden voyage on June 9, 2022 from Port Canaveral with three- and four-night cruises to Nassau and Castaway Cay.

This is a bit of a sequel to their Sailor Mickey balloon in 2009-10, which also had a holiday promotional Sailor Mickey plush available for purchase in Macy's stores. Will likely see this float for the next year or two, as well.

First, I think it's odd that Disney has chosen to advertise DCL instead of WDW50 during the Macy's parade. Perhaps they plan on purchasing ad time during the broadcast to advertise the anniversary celebration, and are relying on the float to double down on DCL, which probably needs more publicity given the public's view towards cruising right now and the investment capital tied up in Wish.

Given that the parade is an NBC (owned by Universal) production and that the parade has a marketing deal with Universal Orlando, I am little surprised to see Disney going in here. I would think that the Rose Parade, whose Tournament of Roses has a big rights deal with Disney-owned ESPN, would be a more natural fit for the corporate synergy.

But DCL might be counting on the period between Thanksgiving and New Year's to drive bookings, so the Macy's Parade wins on timing.

Cedar Point to Get New Causeway in City Tax Deal