January 13, 2022, 1:40 PM · Tickets will go on sale next week for the return of the D23 Expo at the Anaheim Convention Center in September. In addition to the in-person event, Disney's D23 fan club will be making many of the Expo presentations available via livestream for Disney fans around the world.

For this first time, Disney is requiring that people be D23 members to buy tickets to the Expo, which runs September 9 through 11. Membership in the official Disney fan club is free, but a Gold Membership, with extra benefits, costs $99.99 per person or $129.99 for a Gold Duo Membership. One-day D23 Expo tickets will cost $99 for adults, with a $10 discount for D23 Gold Members. Three-day tickets will be $229 for Gold Members and $279 for general members, with a limited number of $899 three-day Hall D23 Preferred Seating tickets also available to Gold Members.

There will be no charge to watch livestreamed presentations on D23.com.

The tickets will go on sale to D23 members on January 20 at noon Pacific time, but Visa cardholders who are members of D23 will get access to a one-day presale on January 19 at 10am PT, as Visa is joining the D23 Expo as its presenting sponsor this year.

The only sessions that Disney has confirmed for the event so far are the Disney Legends induction ceremony and the Mousequerade costume contest. However, the Expo typically includes a stacked lineup of announcements and reveals from Disney Parks, Marvel, Star Wars, and Disney+. Events will take place in the 7,000-seat Hall D23 as well as at a new 3,000-seat Premiere Stage, the 1,200-seat Backlot Stage, and the expanded, 700-seat Walt Disney Archives Stage. This year's event also will kick off the official 100th anniversary celebration for The Walt Disney Company.

Disney will bring back the Stagepass system for reserved space at presentations. Expo guests will be rank their preferences for Stagepass access, which will be granted via a random selection process. Standby queues also will be available for all presentations, D23 representatives said.

In addition to the presentations, the Walt Disney Archives will present an all-new exhibit at the Expo that will be themed to the company's 100th anniversary. And Disney is restoring Walt Disney's Grumman Gulfstream company airplane for display at the Expo, in an exhibit called "Mickey Mouse One: Walt's Plane presented by Amazon." 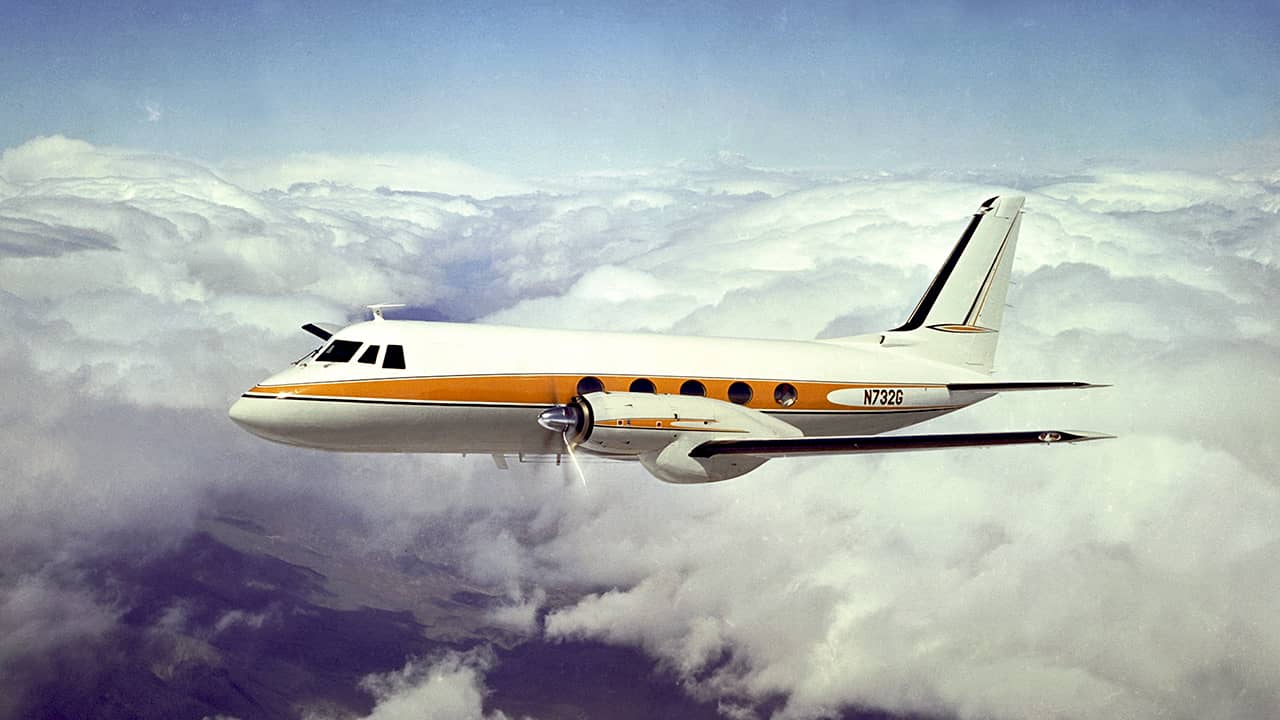 No, Walt's plane will not be flying like this from its current home at Walt Disney World to Anaheim. Roadtrip instead? Archive photo courtesy D23

While it is impossible to know what the state of the pandemic will this September, at the current time, the state of California is requiring that large indoor conventions - such as D23 Expo - require proof of vaccination or a recent negative Covid test for entry. All attendees age 18 or older also need to provide photo ID in addition to proof of vaccination or a negative test at such events. Disney representatives said that the company continues to monitor conditions and restrictions and will publish safety guidelines for Expo attendees.

Sounds good but forgive me for being dubious it'll actually take place....

The big question is will Bob Chapek show up? He ducked out of a previous public Disney appearance because of his reputation right now but will he skip D23? I know a few Disney fans who would pay just for the chance to boo and heckle him in person.

Is there a price on booing Bob?
Yes there is and worth every penny.

I’m not a Chapek, but I am named Robert and have a master’s degree from Indiana University, just like the other guy. So if you want to pay to boo me, just Venmo @RobertNiles - I’ll take it! :-)

With that name alone, you're already qualified to be the next Disney CEO.

They’ve got to get to me eventually, right?

Been to the last four Expos, but think I will take this one off... especially with the rise in live-streaming the presentations. The Expo is always fun but Chapek era doesn't necessarily inspire, so far.

I'd rather spend Disney cash on Cosmic Rewind when it opens, anyway...

Why do so many dump on Chapek, but give Josh D'Amaro a free pass?

As for Mr. Niles becoming Disney's next CEO ... Please reference my in depth analysis on that topic. It's on a thread I started over on the TPI Discussion Page.

I’m looking forward to Expo, even though admission with access to the prime seats at the main events are now going to go for $900 a pop. For that kind of money, they could at least give you a button that says, “Yes, I was dumb/crazy/devoted enough to waste that kind of money”.

Any idea why Disney’s insisting on everyone being a D23 member to buy a ticket? I’d think they’d already have tons of marketing info on us hard-core Disney fans already. I guess they’re hoping for a boost in paid memberships?

I’m willing to take bets as to whether Bob will show up at Expo or he’ll have to beg off because he has to stay home and wash his hair that weekend. (I’m bald, too- I can make a joke like that.) I can’t imagine he’s going to get a great reception from the fans when he shows.

Robert, I’ll vote my one share of Disney stock in favor of a shareholder proposal to make you CEO - do we still have time to submit one?

TH, I think the reason Chapek gets the brunt of fandom is because frustrations remain outside of the parks as well. The continuing cancellations of Pixar's theatrical runs has annoyed fans and demoralized employees within that branch. And back when Scarlett Johansson filed her lawsuit against Disney, the response the PR team sent out would flunk at Disney University. I don't think Chapek is fully responsible for these and that D'Amaro deserves his share of the blame, but as the saying goes: "the fish rots from the head" and all that.

I would tend to agree that Chapek is unfairly getting a lot of flak. Most of the complaints levelled at the company now are focused on what is going on in the parks, yet D'Amaro is getting none of the blame. When Chapek was Parks chairman, the parks were thriving, yet Iger got all the credit.

Also, Disney is doing its best to deal with the pandemic, despite the gross mismanagement of Florida's Republican governor.