January 24, 2022, 2:58 PM · The Nova Corps from Marvel's Guardians of the Galaxy franchise has begun to make its appearance in Walt Disney World's Epcot.

Walt Disney Imagineering Portfolio Executive Zach Riddley today shared a photo from the installation of the Nova Corps Starblaster ship that will stand at the front of Epcot's upcoming Guardians of the Galaxy: Cosmic Rewind attraction. 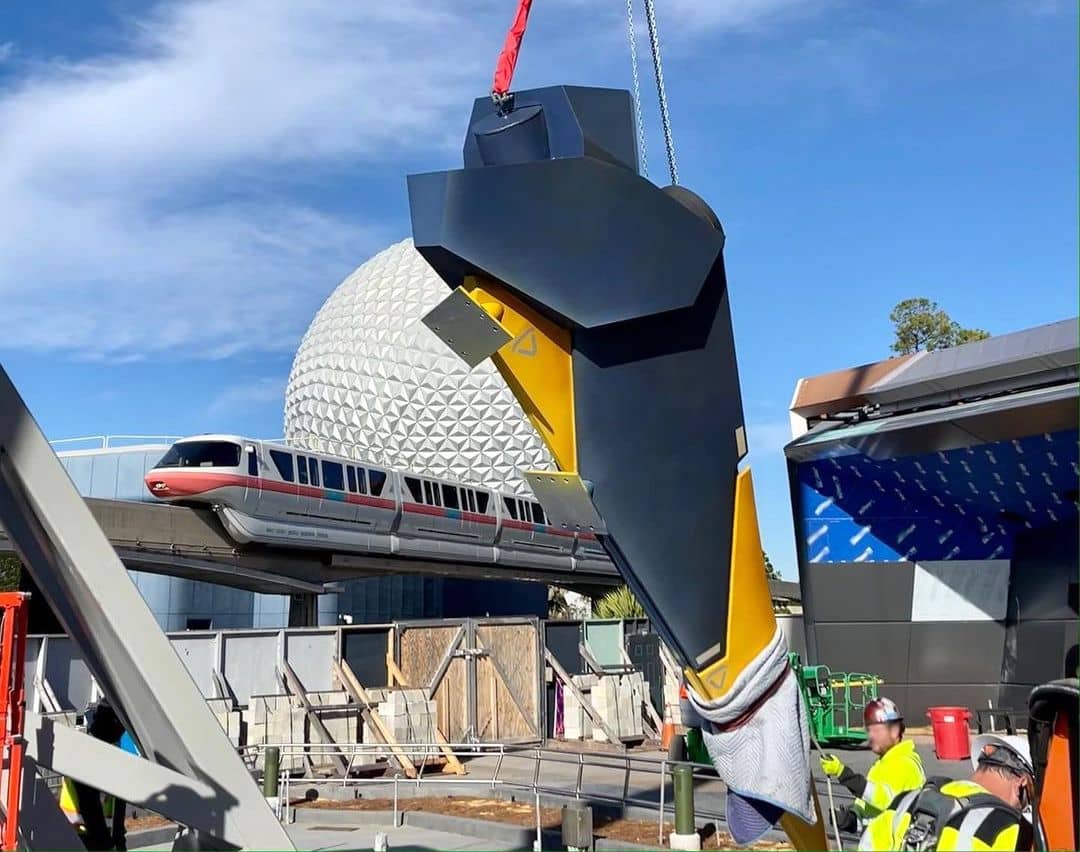 "Over the coming weeks we’ll be assembling the 51-foot-tall ship, adding finishing details and tying in the landing pad area that surrounds the ship," Riddley wrote.

If you're looking for some perspective, here's are some illustrations from Disney that show a full view of the Nova Corps Starblaster, as well as its placement in front of the Cosmic Rewind entrance. 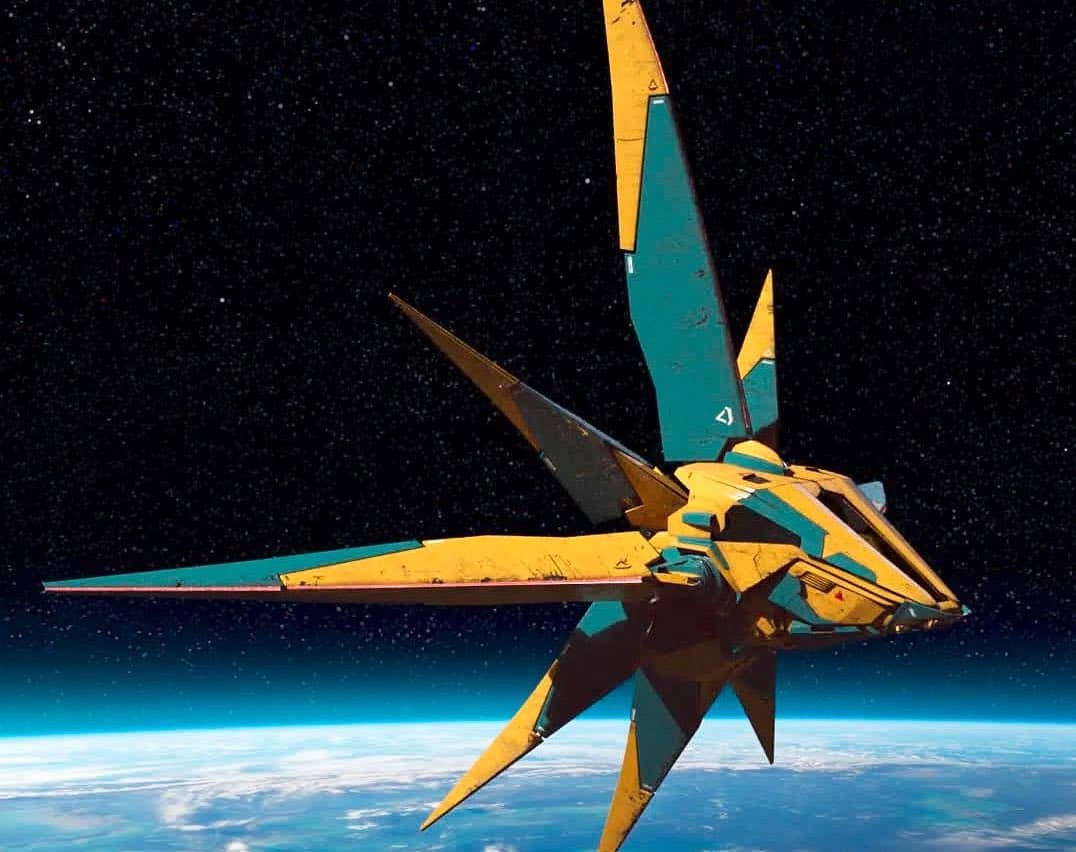 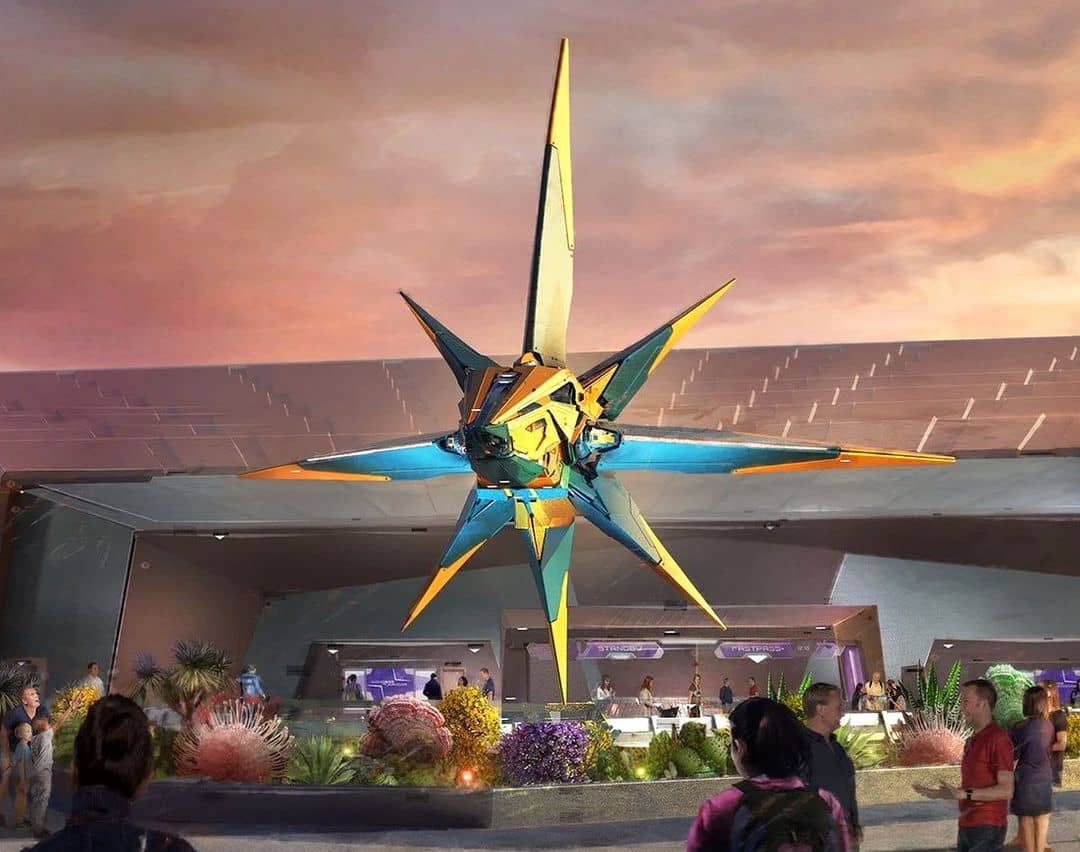 The Guardians of the Galaxy's indoor roller coaster will open later this year in Epcot's rebranded World Discovery section. It will be the park's first-ever roller coaster.

To accommodate the new story-driven thrill ride, Disney has built a giant new show building behind the former Universe of Energy pavilion, which is being reimagined as the "Wonders of Xandar" pavilion. It's the first time that a formerly non-fiction Epcot pavilion has switched to an entirely fictional theme.

"Guests will learn more about the treasures Xandar has to share – until the moment when the Guardians of the Galaxy arrive, and guests go on an intergalactic chase through space and time," Disney said. "The attraction will feature a new innovation from Walt Disney Imagineering – a storytelling coaster that rotates 360 degrees to focus guests on the action, including the first reverse launch on a Disney coaster."

Was reported that cast members are starting to be trained for the new ride. Potential for an early summer opening?

I'm predicting a June or July opening. Gonna be mobbed all summer.