The Goshen, NY park opened for a partial season last year after being delayed for a year due to the pandemic. So the 2022 season provides an opportunity for a fresh start for the new park, which is Legoland's first seasonal theme park in the United States. And the park is looking to plus the experience for its visitors this year.

"We're always looking to add something new to the Legoland New York experience," Resort Divisional Director Stephanie Johnson said. "For our first full operating season, our team has been hard at work on new shows, new attractions, and new offerings for our biggest fans."

A new water playground in Lego City leads the additions to the park for 2022. 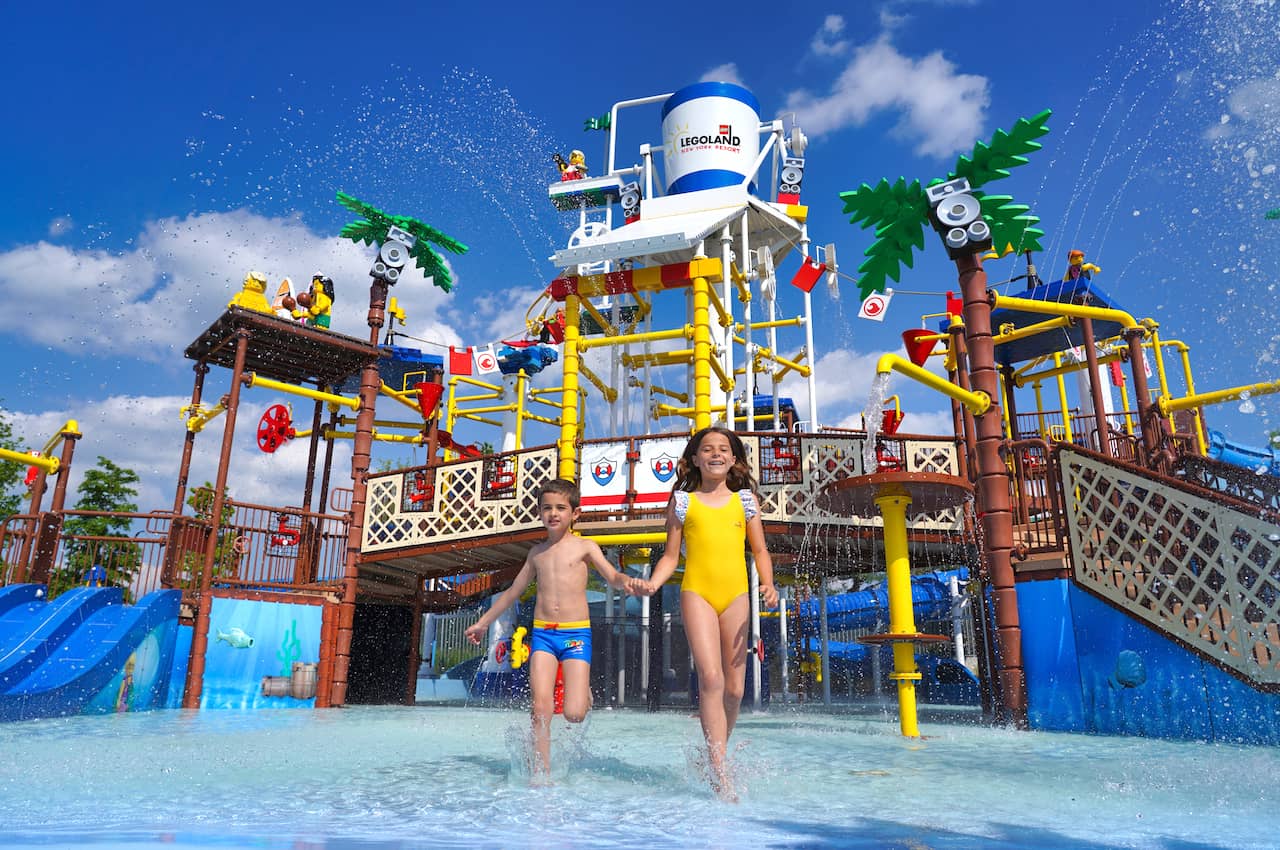 "Guests can build and race a Lego boat, splash on a water slide and be doused by a giant water bucket when the playground opens this summer," the park said in its press release.

Other additions will include three new live shows on two new stages in the Lego City and Lego Pirates lands, the park's first annual Red, White & Boom celebration on July 4 - featuring Legoland New York's first fireworks show - as well as the park's first Christmas Bricktacular celebration, which will run from mid-November through December.

For discounted tickets to the park, please visit our partner's Legoland New York tickets page, or call +1-800-680-1272 for exclusive rates and offers.

The truly good news here isn't the splash area. It sounds like they watched what guests (and their model citizens) were doing, and listened to feedback. When I visited last summer, there were two big misses. One around Miniland, which is built on a winding ramp on the side of a hill with few stairs, making it hard to do a quick trip back up to the front of the park. I watched employees cut through the grass up the steep hill vs. walking in circles.

Also, the park was missing not just a coffee place in the Starbucks mold, but even a cup o' joe. (There was but one of those machines you'd see in a hotel buffet, which was broken, for the whole park). This was a real miss for all the parents.

Did share this input on the park's customer feedback iPads, and even got an email reply last year, too. NIce to know they are listening.

If that "new food and beverage location" is a Starbucks/Dunkin/whatever NY coffee drinkers prefer, it sounds like they've nailed it.

Avengers Campus to Open This Summer at Disneyland Paris