Avengers Campus to Open This Summer at Disneyland Paris

The opening will highlight Disneyland Paris' 30th anniversary celebration, which will kick off across the resort on March 6. In addition to Avengers Campus this summer, Disneyland Paris will debut a new character show and a garden installation in front of the castle, and will add drones to a Disney Castle nighttime show for the first time.

And Minnie Mouse is getting a new look from a famous designer, too.

But let's start with Avengers Campus - a concept we first saw at Disney California Adventure last summer: An Insider's Guide to Disneyland's Avengers Campus. The Paris version also will include a Web Slingers; A Spider-Man Adventure interactive dark ride, but the anchor of the land will be an Avengers retheme of the former Rock 'n' Roller Coaster. Oh, and Disney gets to use the word "Marvel" here to describe the land, too. 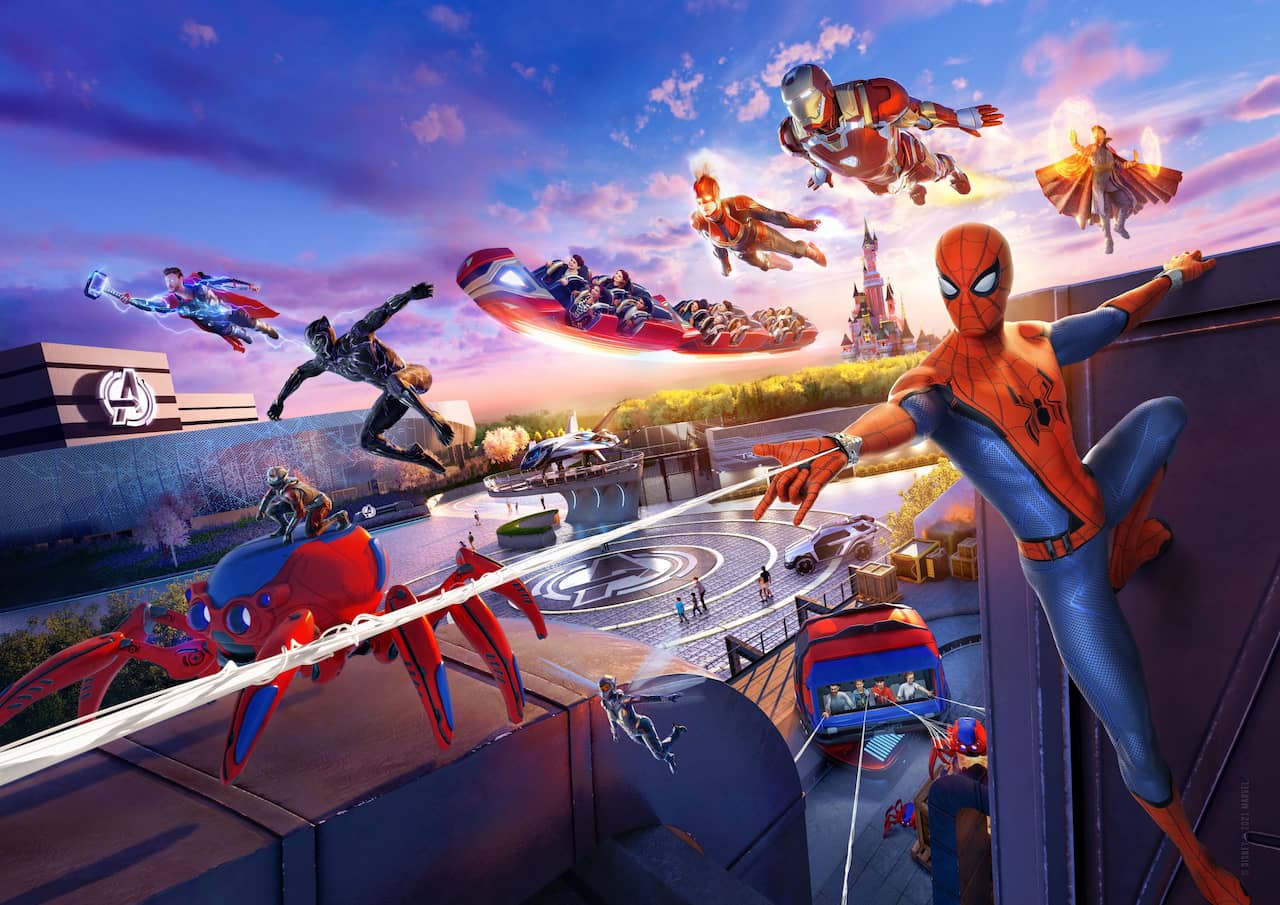 Back over at Disneyland Paris, 200 drones will take flight over Sleeping Beauty Castle to conclude a new "Disney D-Light" preshow to Disney Illuminations. The drones will form a sparkling "30" in front of the castle accompanied by a new 30th anniversary theme song, "Un monde qui s'illumine."

During the day, a new character show called "Dream... and Shine Brighter!" will play several times daily in the Central Plaza in front of the castle. The show fill feature new floats and a new soundtrack as well as more than 30 Disney characters, including Mickey and Minnie in their new "iridescent costumes" for the anniversary. I would like to note that Disneyland Paris is spelling iridescent correctly in its press releases and not using the "EARidescent" spelling that Walt Disney World employed to describe the new character costumes for its 50th anniversary. 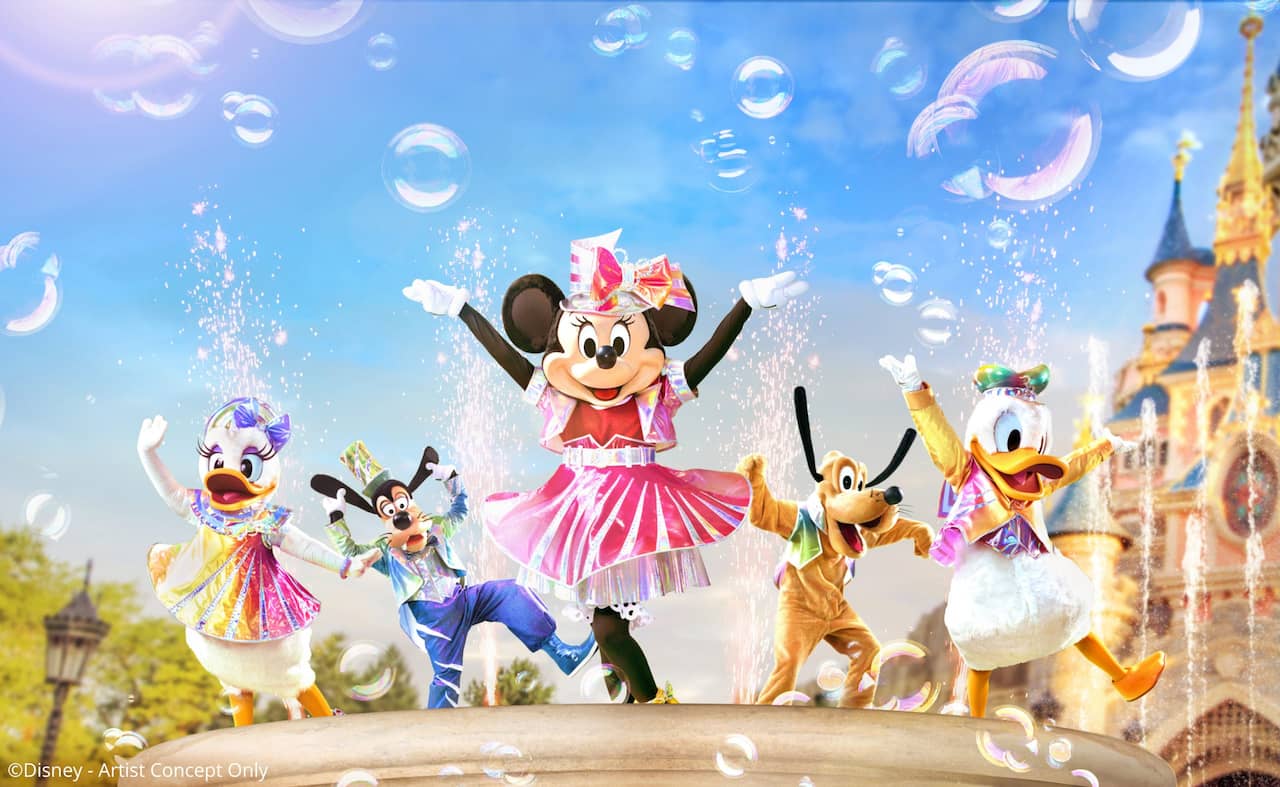 Disneyland Paris also will be plussing the concept of the Disney Fab 50 Character Collection at Walt Disney World by installing 30 new art pieces in 10 themed gardens in front of the castle. Here's an inside look at that project: 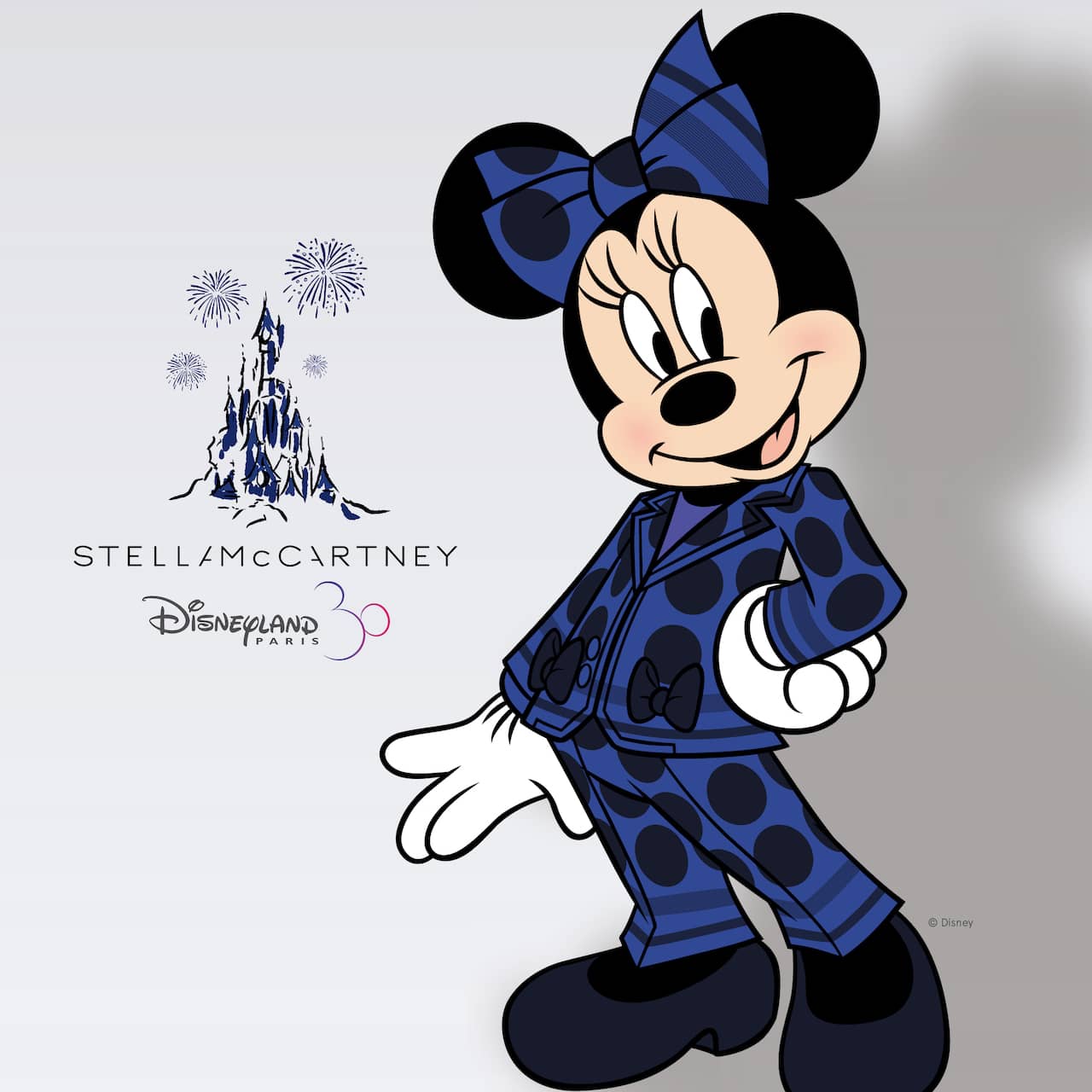 "I am delighted to be working with the one, the only, the iconic Minnie Mouse," McCartney said. "Minnie has always had a special place in my heart. We share the same values. What I love about Minnie is the fact that she embodies happiness, self-expression, authenticity and that she inspires people of all ages around the world. Plus, she has such great style! I wanted Minnie to wear her very first pantsuit at Disneyland Paris, so I have designed one of my iconic costumes – a blue tuxedo – using responsibly sourced fabrics. This new take on her signature polka dots makes Minnie Mouse a symbol of progress for a new generation."

Haha, does the Paris version also look like an outlet mall and feature too-narrow walkways that inevitably bottleneck?

Happy to see Minnie getting some pants, I can only imagine how many grown man edgelords are losing their minds over that change, haha

I would love California to have the Avengers re-theme of Rock N Roll Rollercoaster. I hope we the Wakanda ride someday too.

No matter what they add, the Disneyland Paris resort will always be on the bottom of my priority on which Disney Parks to visit: It’s just the dumping ground of clones from all the rest of the parks(More so on Walt Disney Studios Park).

'Two Days Free' Deal Is Back at Universal Orlando