January 26, 2022, 9:18 PM · With the park's reopening this week, Efteling now has debuted its World of Sindbad changes to visitors.

The big change here is the retheme of the former Monsieur Cannibale spinner ride into Sirocco, "a dizzying adventure when a whirlwind starts up at sea," as the park described the new theme. The ride and its surrounding area are now themed to Sindbad the Sailor, whose voyages also feature in the Fata Morgana dark ride across the park. 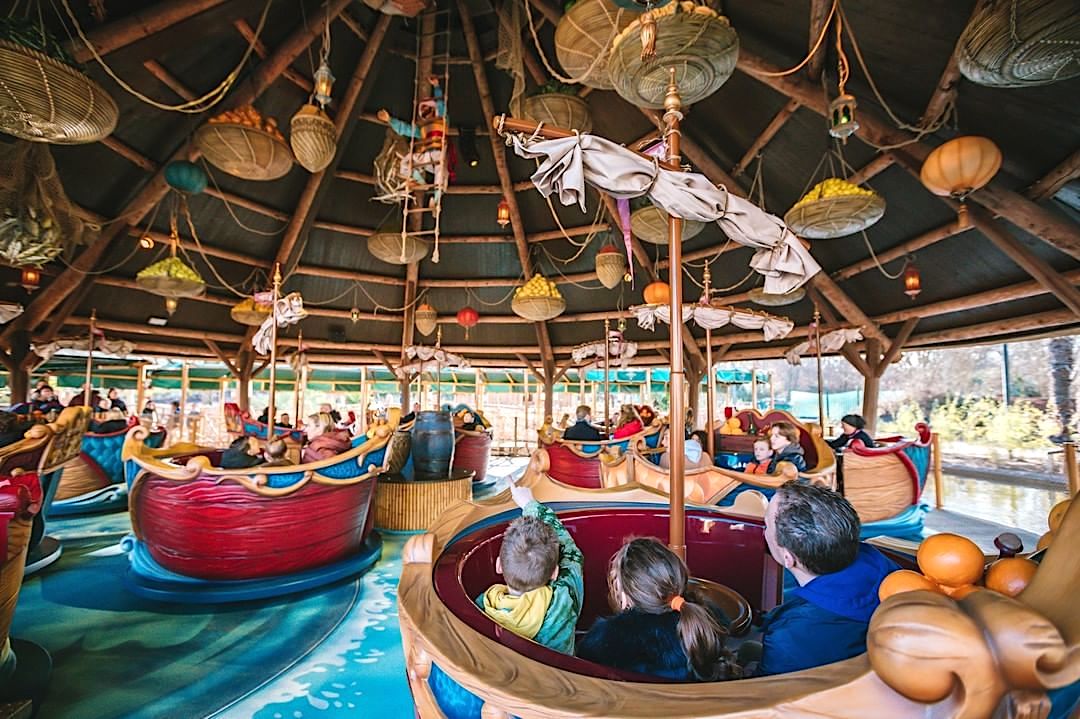 Next door to Sirocco, Efteling has transformed the former Adventure Maze into Archipel, a refreshed play area. But the change to the spinner ride was the big deal, as Monsieur Cannibale had become an embarrassment to the otherwise widely admired Dutch theme park. Under that theme, the spinner ride's vehicles were decorated as flaming cauldrons, circling a massive caricature of an indigenous African, portrayed as a cannibal about to eat the passengers.

Now, passengers board whimsical boats for a spin around explorers, lamps, and treasures, creating an adventure that any parent can be proud to share with their children.

Efteling also this week announced plans for a new in-park hotel as well as a new indoor attraction to replace the Spookslot (Haunted Castle) walk-through. Those will open in 2024.