May 13, 2022, 2:38 PM · Legend tells of many ways to extinguish a monster. There's the classic stake through the heart. A silver bullet. A raging fire. Now, Universal Studios - home to so many classic Hollywood monsters - has added yet another weapon to the arsenal. You can take 'em out with a press release.

"After more than 20 years of serving dreadfully-delicious quick-service menu offerings, Monsters Cafe in Universal Studios Florida permanently closed in the spring of 2022 to make way for a new dining experience," Universal said in its statement to reporters.

The Monsters Cafe opened in 1998, but has endured an irregular schedule at times as Universal has used the restaurant as a flex space on many occasions. Universal most recently recast the cafe as a barbecue restaurant, as detailed in a blog post just last December. 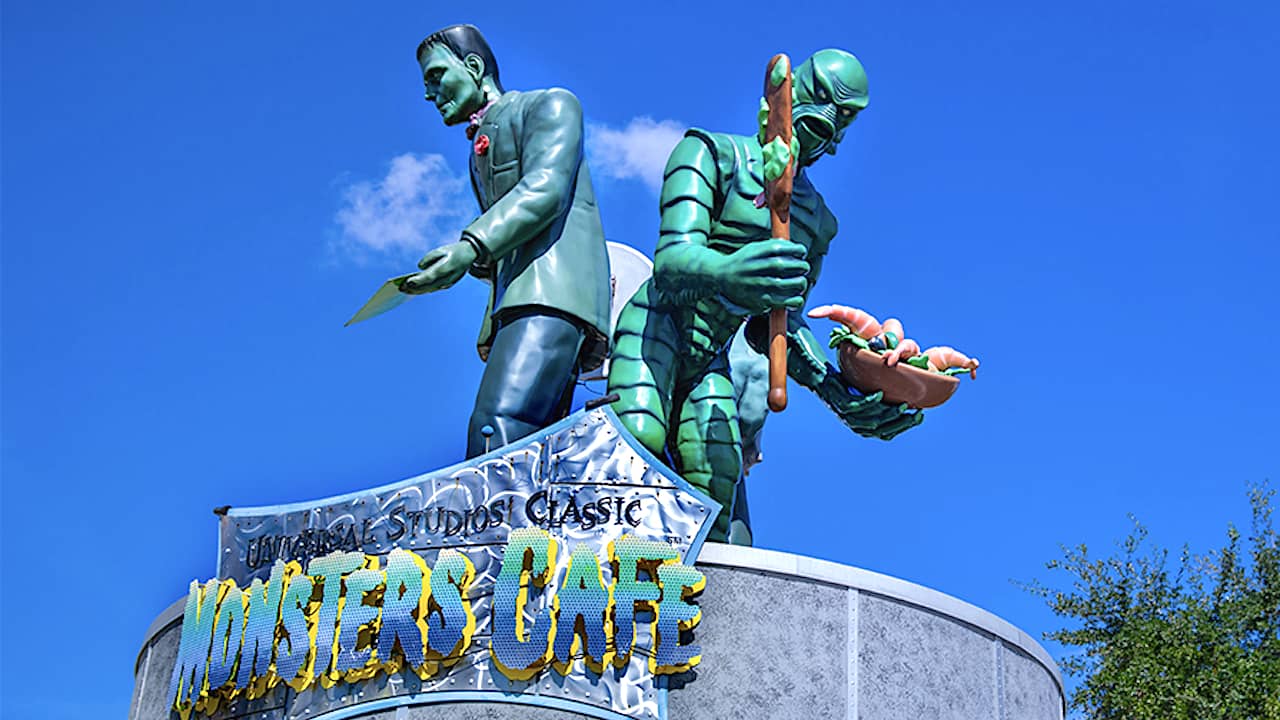 Universal is leaning into its Classic Monsters, not away from them. Removing their brand from a restaurant that had failed to connect with guests may be as much about protecting that brand as it is creating another opportunity to develop a more popular eatery.

No word yet on what might replace the Monsters Cafe or where else the Monsters might make their next year-round home at the Universal Orlando Resort. (Update: Some readers have reached out to remind me that the Classic Monsters will be getting a land of their own at the new Epic Universe theme park. But I suspect we will see more of them in the other Orlando parks, too.)

As much as I liked the theming, this Cafe's food was rather generic. My guess for a replacement would be Gru's Lab Cafe, given it's proximity to the Despicable Me and (soon-to-be?) Minions attraction.

I confess that we didn't eat there much except for snack breaks during HHN, but I loved, loved, LOVED the theming and I'll miss hanging out there. I'm hoping that Universal confirms all those Classic Monsters Land rumors about Epic soon!

I'm a big classic monsters fan and am sad to see this go. The theming of the different rooms was really well done. But, yeah, the food was just OK, and it was never that busy in there. So this isn't a surprise.

One of those spots the theming was so much better than the food but a fun visit.

Robert your opening was hilarious!
Even though I've never ate at that establishment, I too have always enjoyed the theming. Interestingly enough, from the first day I heard about Monsters at Epic I immediately assumed they would close and relocate, only this time for food that I'm willing to try.

TBH I always found the idea of eating a meal surrounded by horror movie monsters/related theming unsettling, and I actually like horror movies. For that reason have never eaten there and I think i've only gone in there once or twice just to peek around and see what was there, so to me this change is long overdue.

The food was below average to bad, but I did love the theme. I agree with the hope that they will go all in with Epic on the monsters. To this day the most fun I have ever had on any attraction was the House of Horrors in Hollywood. Of course young children and the timid were appropriately warned away.

Easily the worst food on property. But I really enjoyed the theme