No, the Universal Orlando Resort is not reverting to its old brand name. But the resort today did confirm that it will be opening a new escape room attraction on its CityWalk. 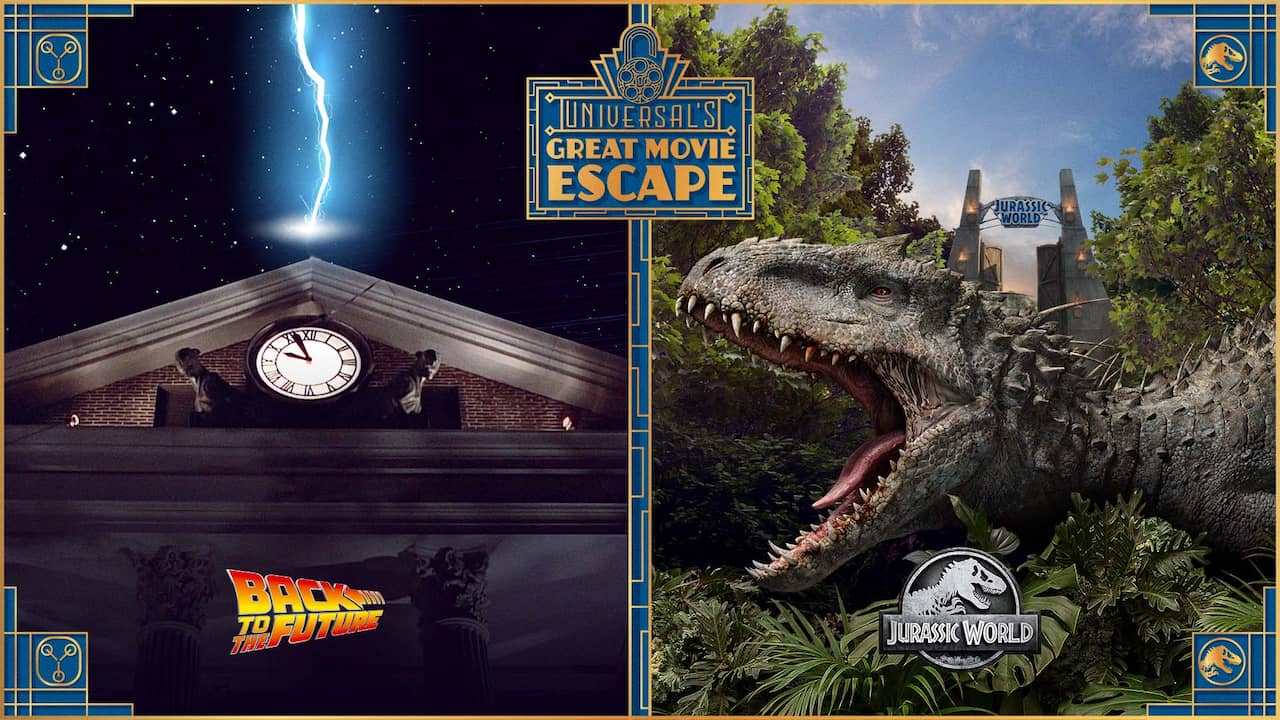 "Through interactive state-of-the-art missions, captivating storytelling and intricately detailed sets, guests will be swept into the dinosaur adventures of Jurassic World or the time-traveling chaos of Back to the Future as they solve their way through a multi-sensory experience like no other," Universal Orlando said in its press release announcing the new attraction.

Universal’s Great Movie Escape will open "later this year" and tickets will go on sale "in the months ahead," Universal said.

There is potential here for this to be amazing, depending on how immersive they are planning on going with the effects

Is this going to be a permanent addition?

As permanent as anything is in CityWalk, I guess. Though I also suspect that Universal may swap out the IP as needed to keep attendance up.

"As permanent as anything is in CityWalk, I guess."

It would be cool for USH to get one of these!!

Is this being developed and built by Universal Creative, or an escape room company that purchased Universal licenses?

Reading Michael Aiello's retweet about it has me believing it is in-house.

I was wondering when Universal or Disney would jump into developing escape rooms. Not surprised to see Universal doing it first. With their various film IPs and use of tech, these rooms could compete with some of the best independent ones in the country. I am definitely excited to see that BTTF and Jurassic Park were chosen. Would be great to see a Bourne or a monsters horror themed room too.

It's in house. Universal's press release said that it will be "[c]oncepted and designed by the same creative masterminds responsible for the wildly immersive haunts of Halloween Horror Nights."

I hope they allow cocktails inside.

Wow these guys above sound like raging alcoholics. But seriously Robert, is booze allowed?

Gotta confess - I've never actually done an escape room, so I have no idea what to expect with this. Guess I know what's on my research to-do list now.

Imagine what they could do with a Harry Potter escape room "Escape from Gringotts" or "Escape from the Chamber of Secrets". Exciting !

Like Robert, I have never done an escape room. I'm sure they are fun. The challenge that comes with pay-to-play attractions is that they eat into the budgeted income that might be spent on other items (retail, food, etc.).

Escape rooms are fun!..(Although fun may vary depending on the group you're with, haha)

I'm wondering if they are going to have multiple options because usually the experiences are divided into tiers (easy, moderate, difficult).

I'm sure these might be the first escape rooms many guest experience, so I'm wondering how challenging it will actually be? Escape Rooms all have game masters...so players can always ask for help...but I'm guessing these won't be too hard, in order to be accessible to the widest audiences available.

I'm sure visually, they'll be super immersive & impressive...but most likely not difficult.

Unless the Back to the Future escape room is you as Marty McFly trying to escape your teenage mother’s bedroom, I ain’t interested.

escape rooms, like cruise ships, weren't for me before covid happened and ... well, i also am happy to spend my vacation budget elsewhere.

it will probably also be on food.

I’ve also never tried an Escape Room before. They just don’t really appeal to me. However, if BTTF and JW are still running during my next visit, I might give them a go. It all depends on how good the theming is and how immersive they are.