The first of the this year's new mazes will be Bloodline 1842, an interactive vampire-hunting maze where visitors will be armed with the latest "Bellatorian weaponry" to hunt the bloodthirsty Valhymphri on city streets of Valdonia. 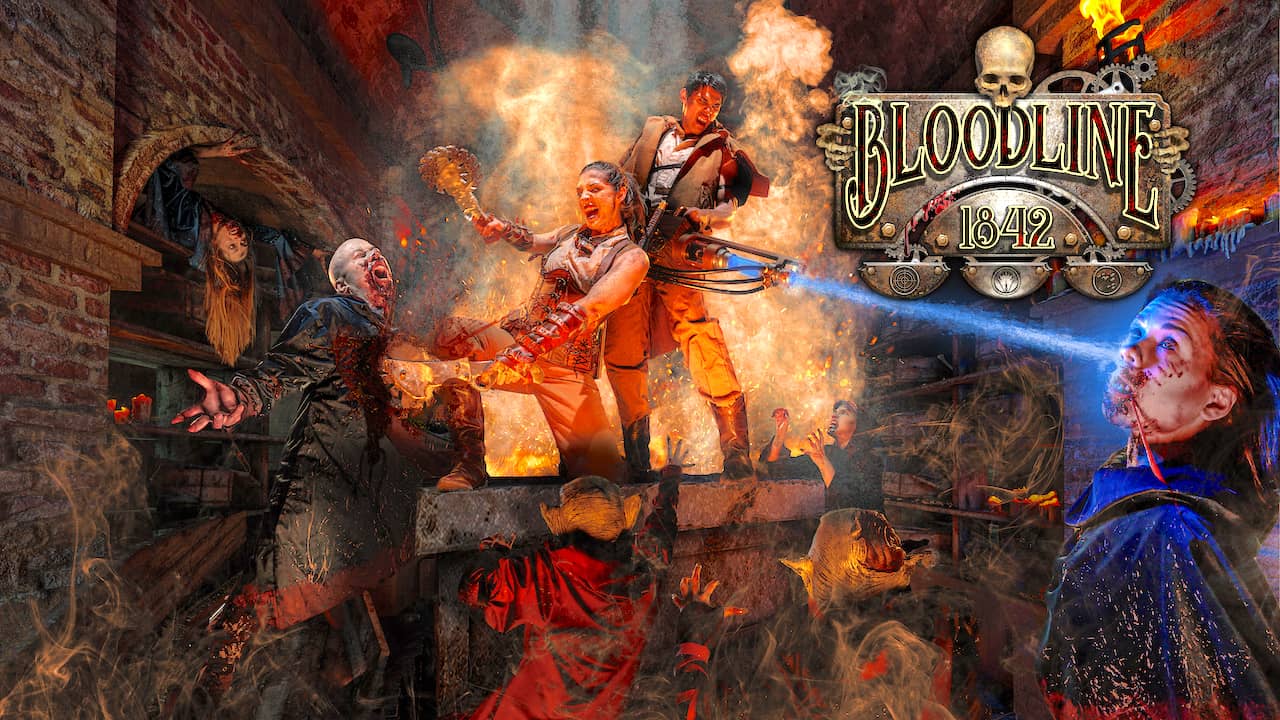 Next up is The Grimoire, a fantasy-themed maze in which guests will enter the world of a mysterious spell book that can turn nightmares into reality. 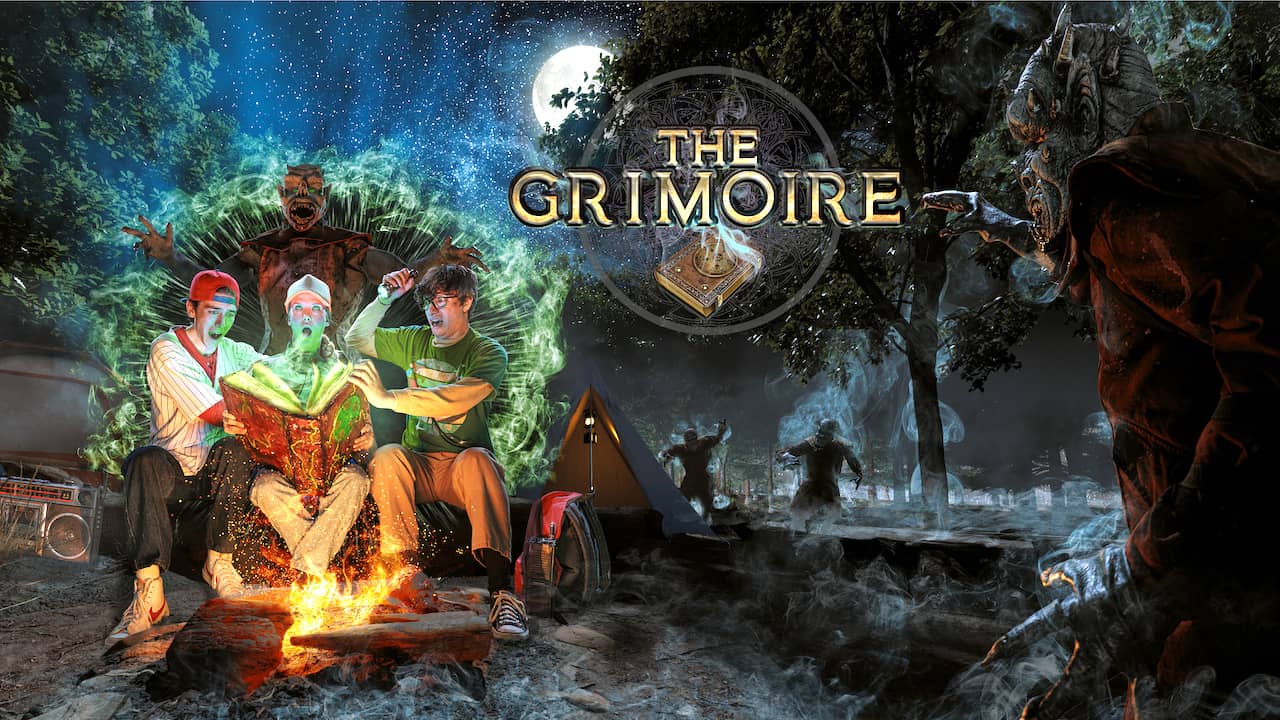 And yes, Knott's is continuing Southern California tradition by calling its walk-through Halloween attractions "mazes," unlike Universal Studios Hollywood, which this year had to conform to Universal Orlando's style and start calling its attractions "houses."

Anyway, returning mazes at Knott's Scary Farm this year will be Mesmer: Sideshow of the Mind, Wax Works, Origins: The Curse of Calico, Pumpkin Eater, Dark Ride, The Depths, and Dark Entities.

This year's Scare Zones all are returnees: The Gore-ing 20's, Carnevil, The Hollow, Forsaken Lake, and the industry-original classic Ghost Town Streets.

Brian Henson's Puppet Up! Uncensored returns to the Walter Knott Theatre, as does the Timber Mountain Log Ride: Halloween Hootenanny overlay and the Into The Fog: A Scary Farm Tribute Art Show. New this year will be a reimagined Le Magnifique Carnaval du Grotesque on the Calico Mine Stage and a new Conjurers: Dark Magic show in the Bird Cage Theater.

Finally, Knott's will be offering its first "Beyond the Fog: A behind-the-scenes tour of Knott's Scary Farm" this year, with upcharge tickets for that three-hour lights-on tour starting at $79.99 plus tax.

Knott’s still has the best line-up and offerings for the Halloween scare events in the SoCal area. Can’t wait to go.

This is back-to-back years Knott's has offered just nine haunted attractions (counting the overlay on the log ride) or eight mazes. That puts it dead even with Halloween Horror Nights, which is staggering given that in its build, baby, build hey-day (2007-13), it was churning out 13 mazes a year while the new kid on the block squeaked out a piddly 4-6 mazes.

I remember, at the time, defending Horror Nights to friends on a "quality over quantity" argument. Now? Horror Nights offers just as many mazes as Scary Farm and the events are just as crowded as one another. Scary Farm is more wallet friendly, there's no doubt about that; but a pair of tickets and front of line passes on opening night is $400 at Knott's ... and it's $500 at Horror Nights.

And that brings me to what I actually care about: Knott's has two new mazes this year. For all the grief Horror Nights gets about "yet another" Halloween maze, Knott's has six repeats on its schedule. That's not an aberration: That's the plan. I just can't justify going to Scary Farm more than once every three or four years when the mazes don't hold a candle to what Horror Nights has on offer, particularly as they've cut back on said offerings over the past five years.

On the other hand ... A Scary Farm with half as many teenagers in the park is an extremely tempting proposition, so ... never say never.