Cruise Ship Not Rough Enough? Up the Thrills With 'Robotron'

August 31, 2022, 8:00 PM · Ready for a robot-arm ride on a cruise ship? MSC Cruises has you covered. The cruise line announced today that it will debut "Robotron" on its new MSC Seascape this December.

As many theme park insiders know, robot arms provide the support for the flying benches on Universal's Harry Potter and the Forbidden Journey rides. Now Universal has locked up some of the rights for dark rides using robot arms as part of their ride system, but mounted robot arms have shown up as theme park attractions at Walt Disney World's Epcot and the Legoland theme parks over the years. (Who remembers The Sum of All Thrills and Knights Tournament?)

MSC will be placing its robot arm atop the Seascape, allowing three riders at a time 360-degree, twisting views from 174 feet above the ocean. Don't have your sea legs yet? After an amped-up ride on this, a stormy sea might feel as smooth as a backyard swimming pool. 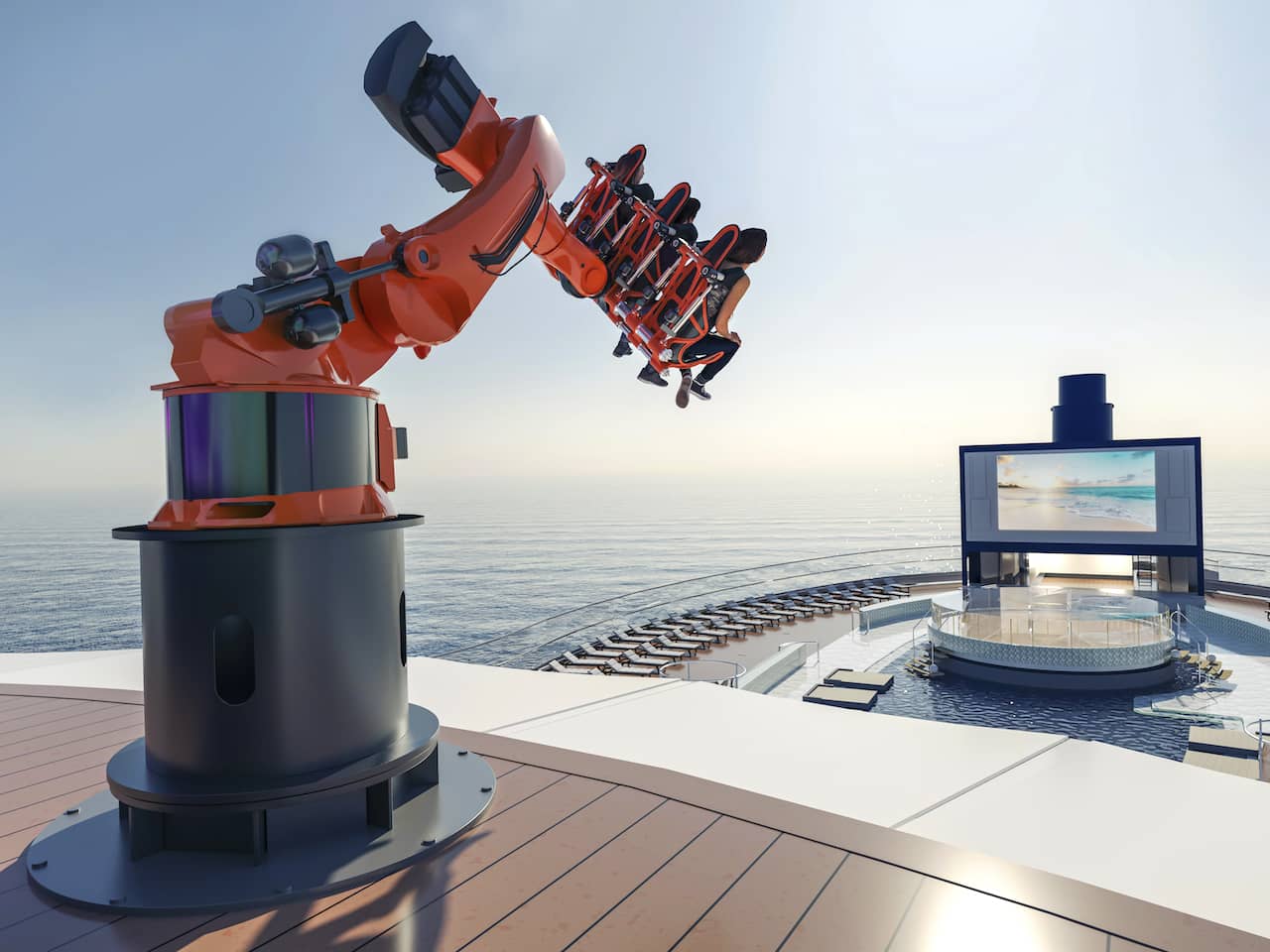 “We are thrilled to provide our guests with ground-breaking, immersive entertainment," MSC Cruises SVP Onboard Revenues Brandon Briggs said. "For the launch of MSC Seascape, we are truly pushing the envelope by opening the first-ever robotic thrill ride onboard a cruise ship. Unlike any other ride, Robotron will give our guests the opportunity to select their preferred thrill level, and create their own soundtrack for the experience."

In addition to Robotron, MSC Seascape will offer thrill ride fans a VR 360-degree flight simulator, VR motorbikes, a MSC Formula Racer simulator, and an Immersive XD Cinema experience. MSC Seascape's inaugural cruise will sail later this year from Italy to New York, where it will be launched officially with a Naming Ceremony on December 7. After that, the ship will reposition to its home at PortMiami, where it will sail Eastern and Western Caribbean itineraries.

Technically, Universal does not have an exclusive hold on Kuka arms in dark rides. Batman: Knight Flight at Warner Bros. World Abu Dhabi uses the same system, just without a moving belt loading.

Odd that it’s 3 people at a time. I wonder why they didn’t go with 2 like on Knights Tournament/Sum of All Thrills or 4 like on HPFJ.

Looks similar to Futuroscope's Danse avec les Robots in France. They have multiple units in a room with lighting and music. There are/were (think it's still open) 3 levels of intensity that can be set depending upon rider height.

Would have been cooler to go over the edge of the ship. I could be wrong but it doesn't seem like the arm could reach judging by the picture.

I’ll see myself out thanks

The Canadian Rockies Are Coming to Las Vegas