September 15, 2022, 6:15 PM · Disney is looking to clear one of the obstacles to bringing augmented reality to more theme park attractions - the need to wear special glasses to see the projected figures.

If theme parks quit making attractions that require guests to wear special glasses, I would be fine with that. Replace 3D with clear, high-resolution and well-maintained 2D projection system and I would be happy with any attraction that currently features 3D. So the prospect of bringing yet more glasses into the process cools my enthusiasm for the story-telling and immersion potential that augmented reality [AR] opens for themed entertainment.

Apparently, the creative minds at Disney feel the same. This month, they have published a patent application for a visual effect system that allows theme park guests to see 3D augmented reality imagery without glasses.

In other words, if I can describe this correctly, instead of projecting left and right images that you would see through a pair of glasses as a 3D image, the two images would be projected on a transparent surface in front of your ride vehicle - that would do the job of the glasses in bringing the two images together as one, 3D image. 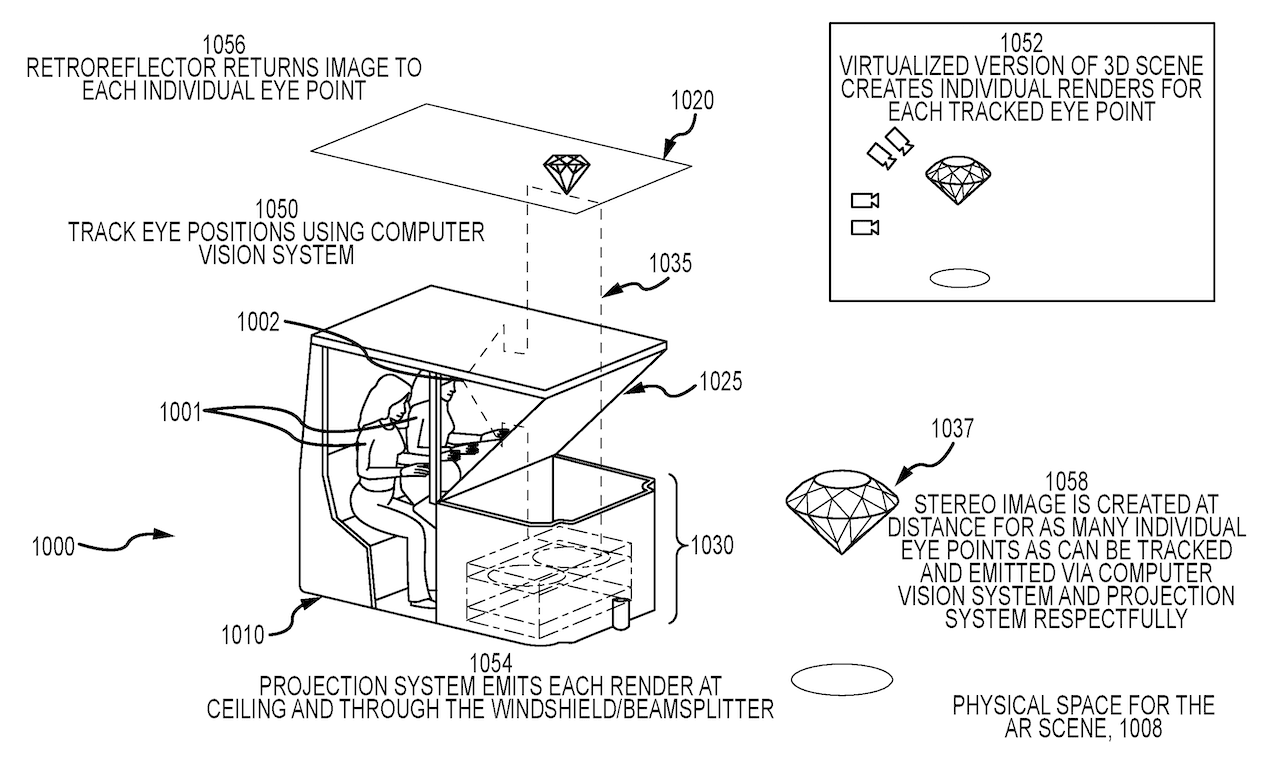 Here's another illustration from the patent application that might help you envision what Disney is proposing. 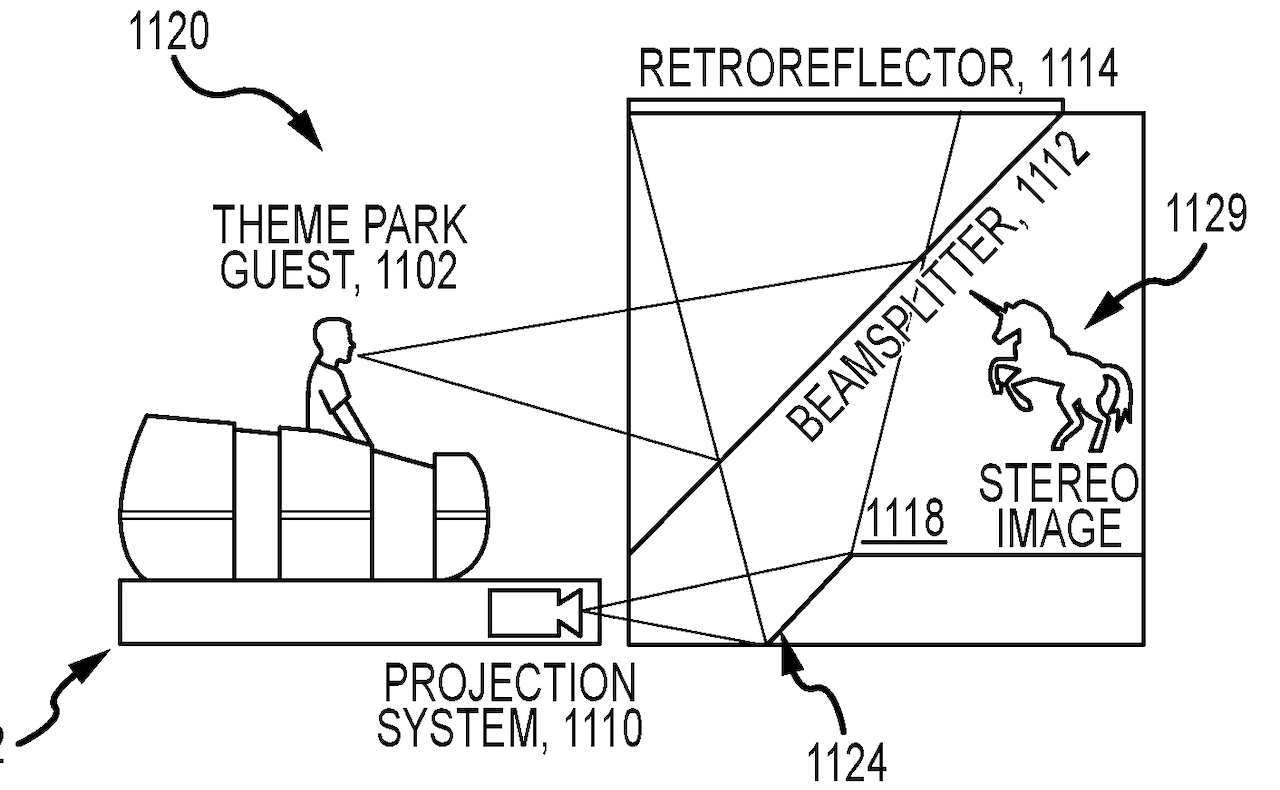 Theme park designers have been mixing media with practical characters and sets for years, to widely varying effect. When it works well (Shanghai Pirates), these mash-ups animate some of the most memorable scenes in themed entertainment. When done poorly, it's cringe city. (I will leave to the reader to supply examples for that.)

AR provides an opportunity for designers to take the marriage of the practical and digital to new creative heights. The less that guests have to do to take themselves out of the environment that designers are trying to create, the more convincing that environment can be. Handing guests what are obviously 3D glasses and telling them to put them on is one of those disruptive moments, despite the best efforts of some designers to create cover stories explaining their presence.

I can't wait to see how Disney might implement this tech in the future.

This looks similar to the “heads-up” displays being used in some cars now except projecting those images in 3-D. The only issue I see is that HUDs have very narrow viewing angles, so I see this as being very difficult to apply to large ride vehicles.

The vehicle in the first image looks very, uh, cozy.

this kind of looks like a 3D pepper's ghost effect.

to Russell's point, here's an example of a "3-D" digital cluster on the genesis GV70: https://youtube.com/clip/UgkxESsJhMV-7TbY-0lCIvWERYcfWTCZ3WbX. it's a little ... well, it's a work in progress. but, having seen it in person, I can tell you that it does actually look three dimensional when you're in the vehicle.

anyway, I'm also team "no extra glasses," so I'm curious to see where this tech leads.

I'm wondering if this will be incorporated on the new Avengers attraction at DCA.

Avatar Is Coming to Another Disney Theme Park