Ever since the Walt Disney World parks returned following their pandemic lockdowns, the resort has operated just one of its two water parks at a time. Starting next month, it is Blizzard Beach's turn again. There are no operating hours for Typhoon Lagoon listed by Disney World after November 12.

Disney has added some "Frozen" touches to Blizzard Beach in the Tike's Peak children's area, with Anna and Elsa's igloo and statuettes of Olaf and his Snowgie pals. The park also is adding limited-time holiday offerings through the end of the year, including special decorations, food, and drink, as well as visits with a tropically-attired Santa Claus. 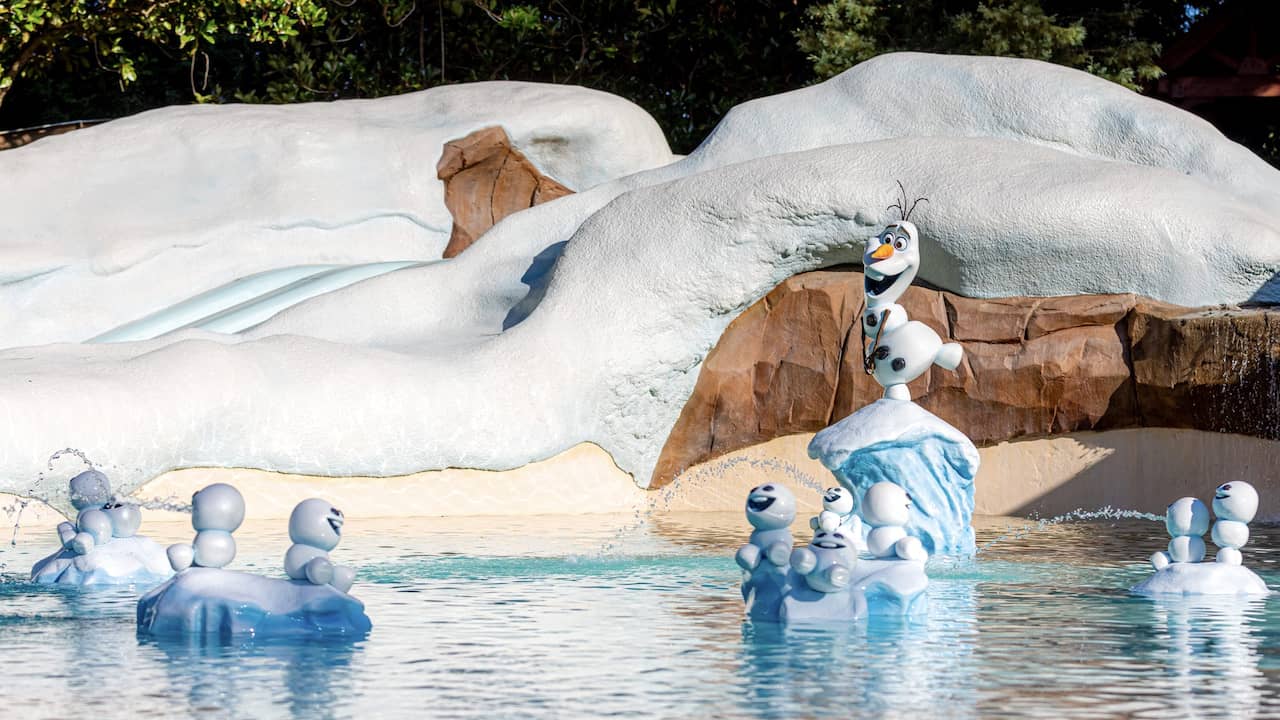 Blizzard Beach has perhaps the most fanciful backstory of any major water park, being themed to "Florida's first ski-resort" that melted after normal Florida weather returned following the freak snowstorm that inspired the ski resort's creation. In short, it's the biggest theme park attraction themed to "...and then something went terribly right again."

Blizzard Beach was the second-most visited water park in the United States last year, following Universal Orlando's Volcano Bay, according to the recently-released 2021 Theme Index attendance report from TEA/AECOM. Before the pandemic, Typhoon Lagoon was the nation's most-visited park, with Blizzard Beach in the number-two spot, according to TEA/AECOM.

I guess that means we can expect Typhoon Lagoon to get some sort of Moana or Lilo & Stitch theming.

Typhoon Lagoon was already using Finding Nemo theming, so if anything, I'd expect Disney to expand the use of that IP over Moana or Lilo and Stitch.

Russell, I've seen Nemo merch in the gift shop. But outside of that, how was it used at the park?

They added sharks to the wave pool last year and a small clown fish.

Definitely my favorite water park. The theming won't change my enjoyment, and I'm sure it will add to the fun of smaller kids visiting that area of the park.

@James - The water coaster that was added back in 2005 is called Crush ‘n Gusher, and has light Finding Nemo theming.

@Russell. What elements of Crush 'n Gusher has Finding Nemo theming? Was it added later or are you confusing it with Crush's Coaster from Disney Studios in DLP? Crush n' Gusher's theme is a fruit cannery (unless it's been updated somehow).

It’s been a while, but I seem to recall Crush on the entrance sign, and the announcements on the water coaster mimicking the character’s “surfer-dude” voice.