January 5, 2023, 1:55 PM · The new World of Color show will use a virtual queue and will include moments from Star Wars and the Avengers when it debuts at Disney California Adventure later this month.

The Disneyland Resort today shared a first look at World of Color - One, which will open on January 27 as the resort kicks off the 100th anniversary celebration for The Walt Disney Company.

The sneak peek includes the show's new song, "Start a Wave," performed by former The Voice contestant Loren Allred and written by former American Idol contestant Cody Fry. (See, Disney can bring together even rival televised singing competitions!) The show's concept focuses on "characters who dared to be wavemakers and change the world."

As such, it will be the first Disneyland Resort nighttime spectacular to feature characters and moments from Disney and Pixar animated films as well as Star Wars... 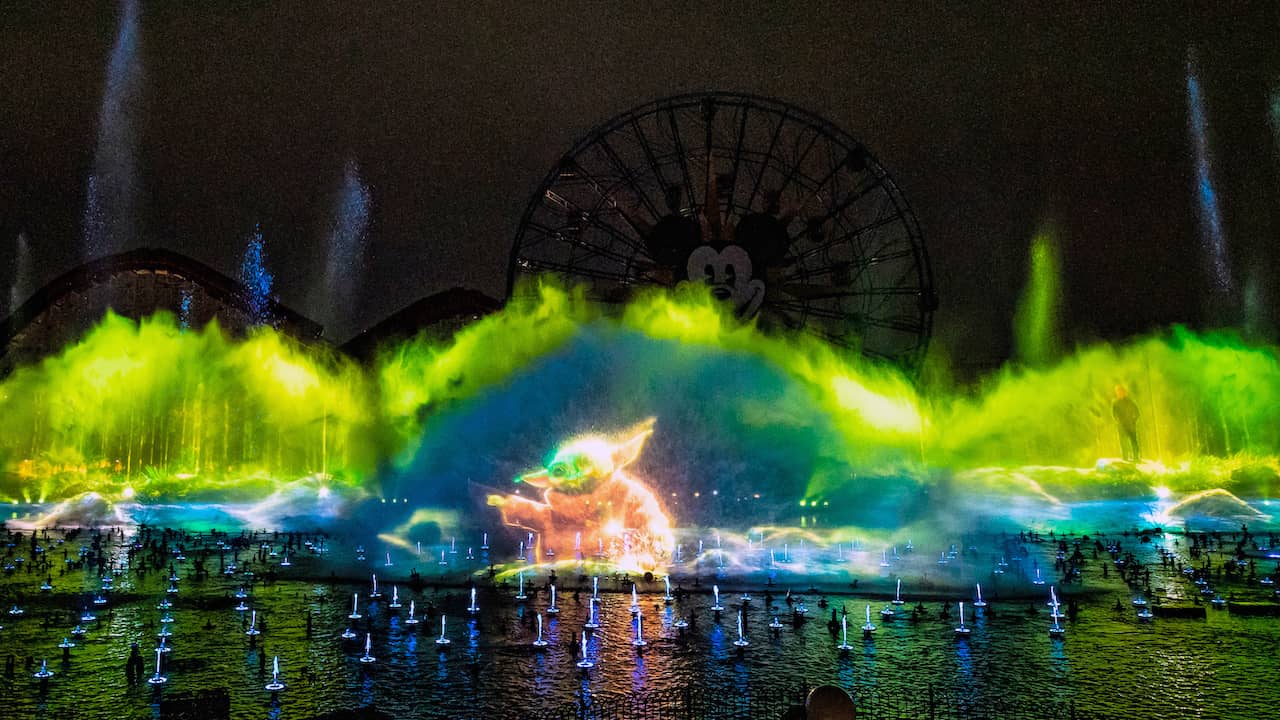 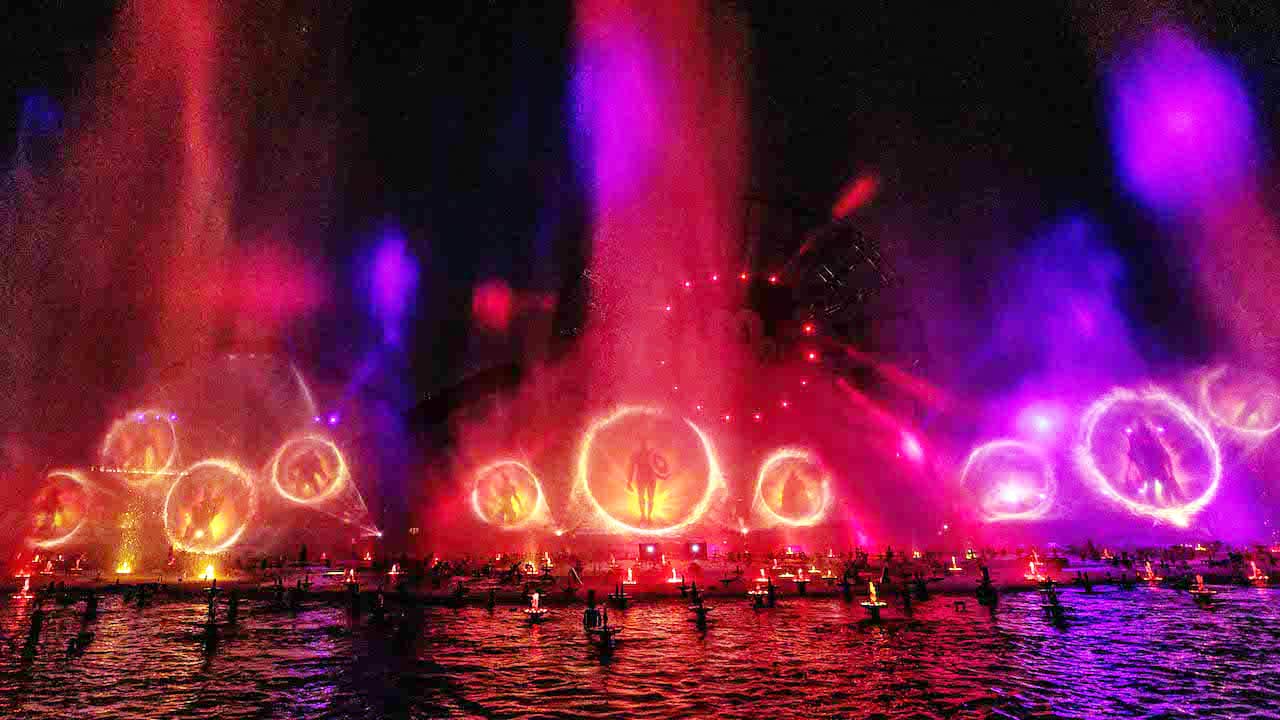 (Still can't use that "M" word [Marvel] at Disneyland, remember.)

World of Color - One will use the Disneyland app's virtual queue system to assign designated prime viewing spaces around the Paradise Park lagoon in Disney California Adventure. The virtual queue will open at noon daily to anyone who has entered Disney California Adventure that day, or who has entered Disneyland on a Park Hopper ticket. On nights with multiple shows, distribution for the second show will begin once the first show is fully booked.

Stay tuned for our coverage of World of Color - One, as well as the debuts of the new Wondrous Journey show and Mickey & Minnie's Runaway Railway at Disneyland later this month.

For our rankings and planning information on Disneyland, including links to discounted tickets, please visit our theme park pages:

My hope is that the show still ends with the Wonderful World of Color song… that seems to be the best ending of all the versions of this show and leaves you on a high. Looking forward to the new show

Same, I finally saw the original version of World of Color last spring and while good, it did feel dated considering that none of the biggest Disney films of the past decade were represented. So it was definitely time for a refresh.

I was never a fan of World of Color. It feels like a commercial for Disney movies with its random clips that have no connective tissue or story. Basically, I’m not a fan of clip-shows.

Looks about the same same with new music