January 16, 2023, 2:49 PM · It's getting even busier at Universal Studios Hollywood, as the park is preparing for the opening of its newest CityWalk restaurant.

The west coast version of The Toothsome Chocolate Emporium & Savory Feast Kitchen will open January 27, Universal has announced on its website. 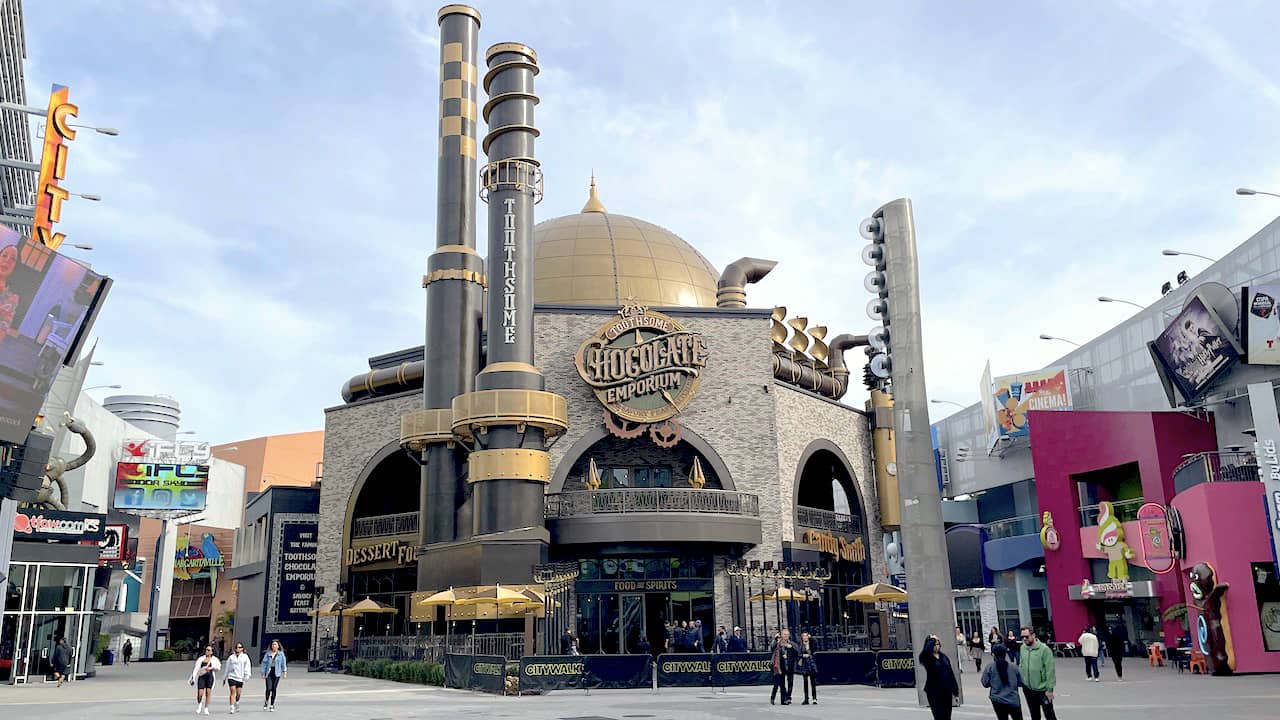 We will be at the media preview for the restaurant the night before and will post a report soon after.

The original Orlando installation of Toothsome is known for its milkshakes and desserts, with some entrees featuring savory chocolate flavors. The Hollywood version is going into the former Hard Rock Cafe location in the heart of CityWalk, right next to Voodoo Doughtnut, for anyone who wants to try the "Deathly Double" of a Toothsome milkshake with a box of doughnuts. (Oh, to have a teenager's metabolism again!)

Toothsome joins fellow Orlando transplants Antojitos Cocina Mexicana, NBC Sports Grill & Brew, and Vivo Italian Kitchen in Hollywood, where the Blaze Pizza location has closed, making me wonder how long before Universal announces that Red Oven Pizza Bakery will be opening on the west coast, too.

Another Family Coaster Is Coming to Six Flags