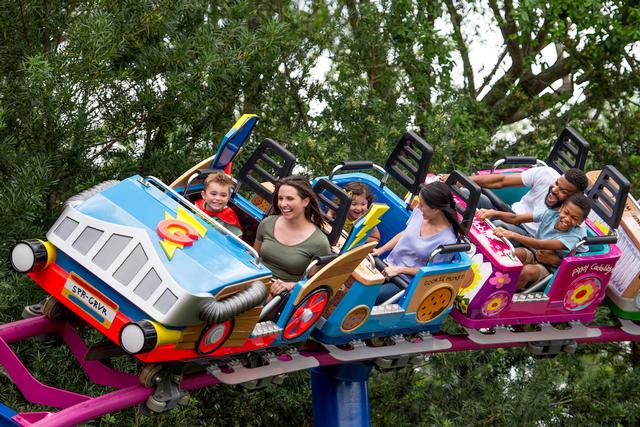 Other kids' rides in the land include:

Great addition to SeaWorld Orlando! 2019 is going to be a great year for theme park fans, especially in Orlando!

So, can anyone tell me how to get there?

From the images I could find online of this new land, I am excited to check it out. Without a direct tie to something water-related, I would never imagine it was within a Sea World park. But I like it!!

I did manage to get to both new themed areas in town, though not as planned:) and Sesame Street and LEGO Movie World both look good. Chad, I can tell you how to get to both and yes, Sesame Street is easier to get to even if you're in Polk County thanks to the roads involved, brought to us by the letters "DOT' and the letter and number combos of HWY 27 and I4....

Sounds like it wasn't "sunny days" due to rainy weather but still looks a good addition the park can use and surprising how well it fits.