Disney World will be celebrating its birthday for 18 months following the official anniversary of the Magic Kingdom's grand opening on October 1, 1971. During that time, "new experiences" will be coming to the resort's four theme parks, with more detail to be announced later. In the meantime, Mickey and Minnie Mouse are getting new, 50th anniversary outfits with "EARidescent" fabric. 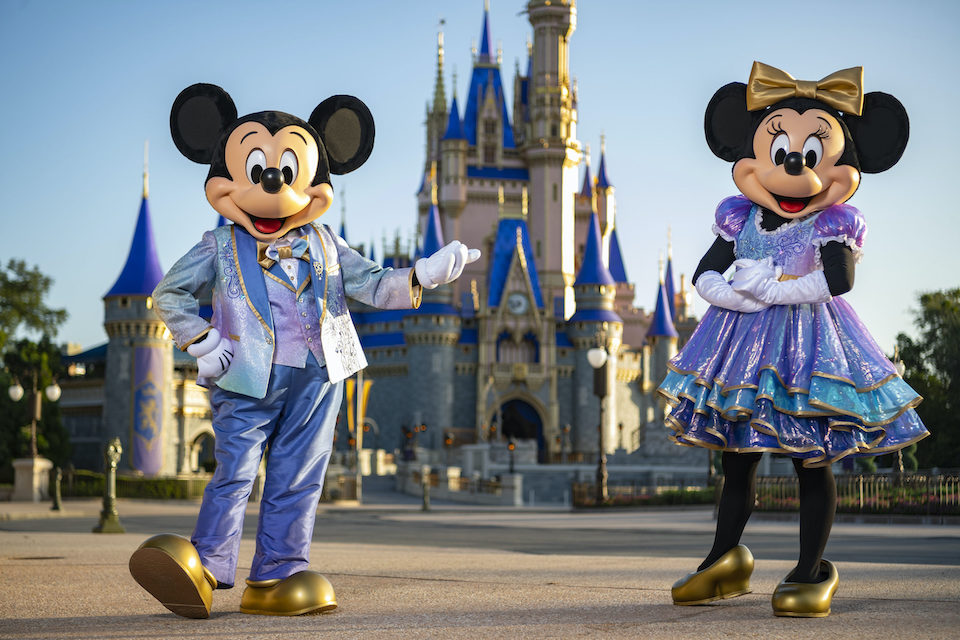 Cinderella Castle at the Magic Kingdom will by getting gold bunting and embellishments. 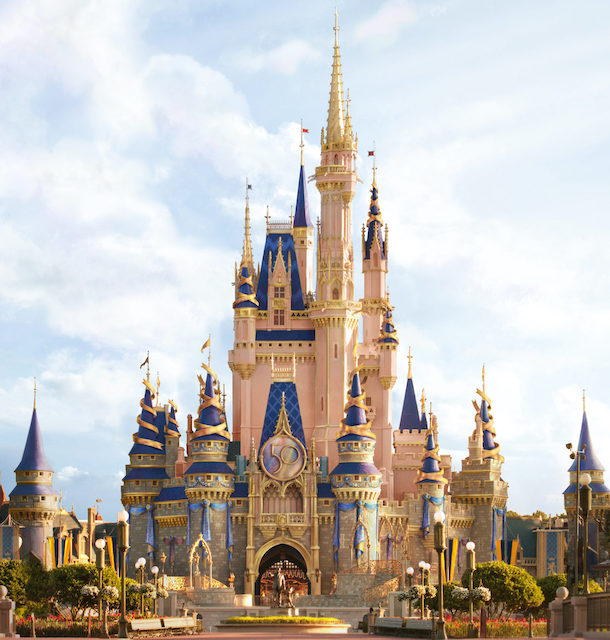 The Hollywood Tower Hotel at Disney's Hollywood Studios will get golden highlights "evoking the golden age of imagination and adventure." 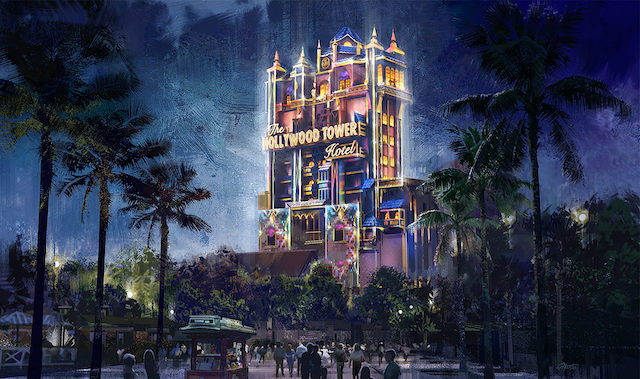 And Spaceship Earth at Epcot and the Tree of Life at Disney's Animal Kingdom will get new accent lighting, as well.

As for those new additions, we know that the Remy's Ratatouille Adventure trackless dark ride will be opening in the expanded France pavilion in Epcot's World Showcase this year, with the new Harmonious lagoon show and Guardians of the Galaxy: Cosmic Rewind indoor roller coaster to follow at some point. While Disney has paused work on the TRON Lightcycle Coaster in the Magic Kingdom's Tomorrowland for the moment, that project can be resumed at the first sign of a national travel recovery.

An 18-month celebration is consistent with past Walt Disney World Resort anniversaries, and will take the event through the end of March 2023 - which everyone hopes will be deep into a resurgence of travel following the pandemic. Stay tuned for more details.

Wonderful and not overstated additions to the 4 WDW parks icons. Much better than the sorcerer’s wand and sorcerer’s hat.

I look forward to seeing these, in action. So has it been confirmed that Guardians will be opening this year, because I thought that all signs were pointing to 2022?

Don’t get me wrong here, I love the look of the Tower of Terror all dolled up, but it also kinda looks like it was transforming into the DCA version and got stuck buffering at 50%...

No confirmation on an opening for Guardians yet.

This is an obvious carry-over from the pandemic and reduced revenue Disney has seen over the past year. I actually like the less subtle changes to the castle that are classy while staying away from the gaudiness seen in the Disneyland 50th Anniversary makeover. The changes to the other 3 icons sound like a few gels on spotlights and maybe a dollop of accent paint here and there, so overall, a very budget-friendly way to make the 18-month celebration feel different without breaking the bank.

It's a shame, because I had a feeling that Disney was going to go all out for WDW50, but the times just won't allow the resort to celebrate the milestone with the appropriate level of fanfare.

I will also note that there have been numerous reports that Disney plans to keep Park Pass in place through 2022 (i.e. for much of the 50th Anniversary celebration). That means even if conditions subside to the point where they can start increasing park and ride capacities, guests will still be forced to declare their park intentions ahead of time, and gives preference to guests with on-site resort reservations. Frankly, I don't blame Disney for wanting to keep Park Pass, because it allows them to better estimate labor needs, and gives them an extra tool to force guests to stay on site despite the decreasing advantages of WDW resorts over offsite hotels.

As someone who's endured several year-long over-the-top anniversary celebrations at WDW, I kinda like a more subtle approach this go-around.

THC discussion thread (06/10/20): "I think that might help us look a bit past the insanity sitting beyond the tip of our noses. And, in what I would contend is a reasonable assertion, October 1st, 2021 could very well be the light at the end of this maddening tunnel."

Let’s hope sooner. A Johns Hopkins doctor has stated that between vaccinations, natural immunity, and the likelihood that more people have been infected than reported because they were asymptomatic, the U.S. may be within 60 days of of hers immunity. He is using that to explain the 70% decrease in daily infections over the past 5 weeks. Not sure how this would effect international travel for those coming into the US, though.

Blog Mickey posted photos of tons of cars lined up at WDW toll plazas from this morning. The pandemic is quickly becoming a rearview mirror situation.

When Does Six Flags Open? We Have the Dates