March 16, 2021, 1:36 PM · Like the old British Empire, the sun never sets on Disney Parks. With six theme park resorts stretching around the world - from California to Florida to France to China to Japan - Disney welcomes more theme park visitors each year than any other company.

But thanks to Disney's voracious appetite for acquiring intellectual property [IP], you can find Disney-owned franchises at several other theme parks around the world, too. That means that you don't have to go to Disney to experience Disney. Here are six theme parks - not owned or operated by Disney - where you can find lands based upon IP owned by or closely associated with The Walt Disney Company. 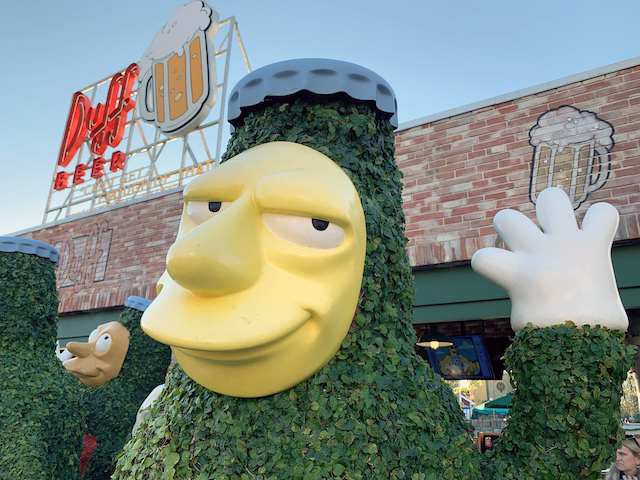 Universal bought the theme park rights to The Simpsons before Disney acquired Matt Groening's cartoon family in its purchase of 20th Century Fox. So while you can watch The Simpsons now on Disney+, you can see them in a theme park only by visiting Universal Studios. Each park includes an installation of The Simpsons Ride - a flying theater attraction that uses the old Back to the Future ride system. And both serve food and drinks inspired by the long-running TV show, including Krusty Burgers, Flaming Moes... and Duff Beer. 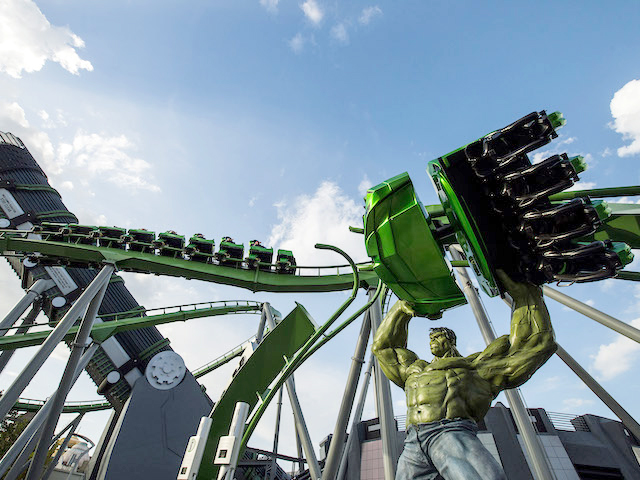 Marvel also found a home at Universal years before it found a new owner in The Walt Disney Company. Though Universal allowed its theme park rights to expire in California, it maintains its rights to Marvel characters and the Marvel name in Japan and in Florida, thus keeping Disney from making full use of its most popular movie franchise at Walt Disney World and the Tokyo Disney Resort. Universal's top Marvel ride is The Amazing Adventures of Spider-Man, which has been wowing fans in Orlando and Universal Studios Japan in Osaka for decades. (That gives us seven non-Disney parks with Disney IP!) Sometime this year, fans will get to see Disney's take on a Spider-Man ride, when Web Slingers: A Spider-Man Adventure opens at Disney California Adventure. 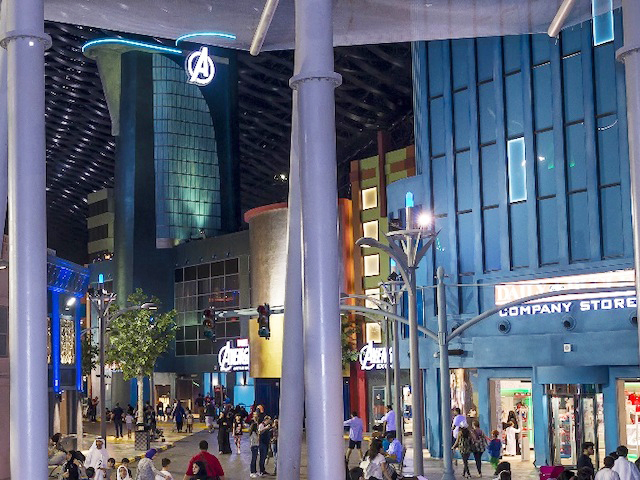 Universal is not the only theme park company with Marvel theme park rights. You can find several Marvel-themed rides at the indoor IMG Worlds of Adventure park in Dubai, thanks in part to Disney's decision not to build its own park in the Middle East. The Spider-Man ride here is Doc Ock's Revenge, a Mack Rides spinning coaster (the same ride as Sierra Sidewinder at Knott's Berry Farm). Avengers: Battle of Ultron is the park's 3D motion base ride, while Hulk gets a Falcon's CircuMotion Theater show. Thor gets a Top Spin, while Avengers Flight of the Quinjets is a Dumbo-style spinner. 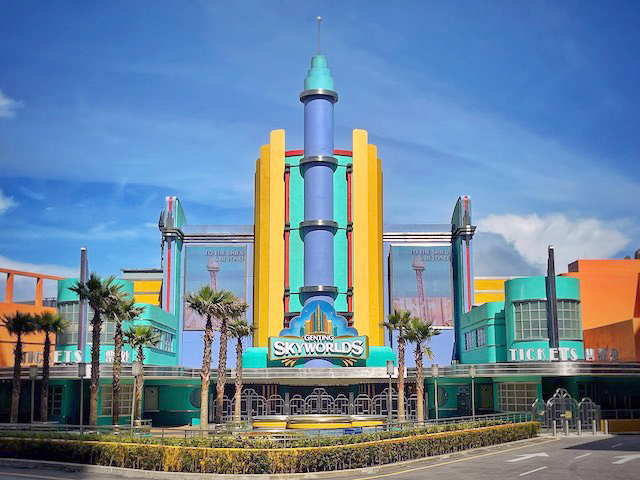 The newest park on our list will be opening later this year in Malaysia. The former Fox World park will feature attractions based on several now-Disney-owned franchises, including entire lands themed to Ice Age and Rio. Night at the Museum and Planet of the Apes also are tipped as attraction themes that will remain in the park following a lawsuit with Disney over the Fox name and IP. 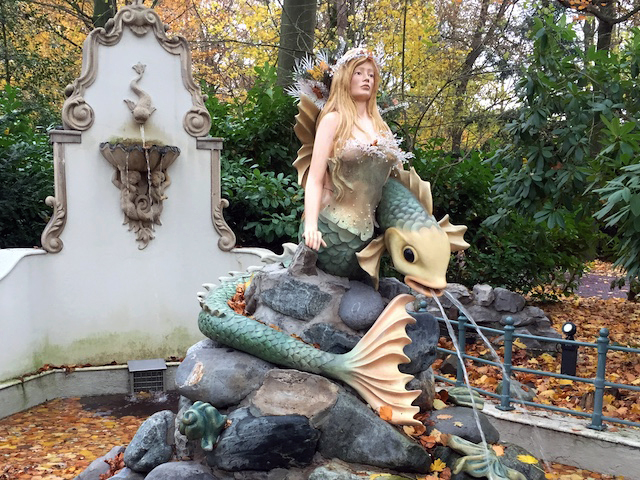 Okay, these are not the Disney princesses per se, but you can find Cinderella, The Little Mermaid, Sleeping Beauty, Rapunzel and Snow White in this Dutch theme park's Fairytale Forest land, which also includes Pinocchio as well as a slew of other classic fairy tale characters that Disney might get around to making animated features about some day.

You can explore these and other top theme parks around the world on our newly updated Guide to the World's Most Popular Theme Parks pages.

Have you changed your profile pic Robert? Looks good.

Come on... Efteling isn't a stretch it is a pure break the princesses aren't Disney IP at all.
If you hadn't said that Universal Japan was park 7 I would have said you were being sneaky by hiding it in there... but this borders on click bait

I agree that this is a bit of clickbait. First, the Simpsons were acquired by Disney long after they made their debut at Universal parks, and while they're currently under the Disney umbrella, I still don't consider them a core Disney IP. If Universal were to relinquish their IP rights to the Simpsons, it's not like you would see Disney jump on putting those characters into their parks (where would they go anyway).

The princesses have been in the public domain for decades, and it's not like other parks need to talk to Disney before using those characters. In fact, there was a Pinocchio movie released in 2020 (was nominated for 2 Oscars) that has nothing to do with Disney - was distributed by Lionsgate in the US. Even if Disney were to make more live action movies of their Princess franchises, others are still free to create similar versions and use names and imagery from the original works in the public domain.

Only the Marvel IPs are applicable to this discussion, but only because Marvel has taken off after Disney's acquisition of the property. Marvel Super Hero Island was created long before Disney bought Marvel Entertainment, and while Disney is starting to leverage the Marvel IPs in their parks, the characters and looks in IOA are very different from the MCU (and other Disney-owned depictions).

In the end, I'm not really sure what the point of this story is, unless it's to highlight the bulletproof license Universal has for Marvel characters appearing in Super Hero Island.

Sometimes, it's nice to point out some things for new fans that might be obvious to long-time fans.

To clarify my POV, there's a huge difference between "clickbait" - which is an article that fails to deliver what it's headline promises or presents - and an evergreen feature that doesn't have a "it happened today" news peg, but that does provide fresh information or perspective for a casual, maybe first-time, reader of the site.

I don't want to become so focused on breaking news that I fail to note stuff that other readers might find interesting, too. That's all.

And, yes, this also serves as a shopping list for Disney if it wishes to spend some of that Disney+ money on buying back some theme park rights. (As if.)

Disneyland to Reopen on April 30

Disneyland to Require App Use for 'Legacy' AP Discounts