Emperor Gets Its Opening Date at SeaWorld San Diego

Emperor will feature a 143-foot vertical drop and top speed of 60 mph on its 2,411 feet of track. It's the 15th dive coaster worldwide from popular Swiss designers Bolliger & Mabillard, joining siblings SheiKra and Griffon at SeaWorld's Busch Gardens parks in Florida and Virginia. This one will feature 18-person floorless coasters, in a 3x6 configuration. 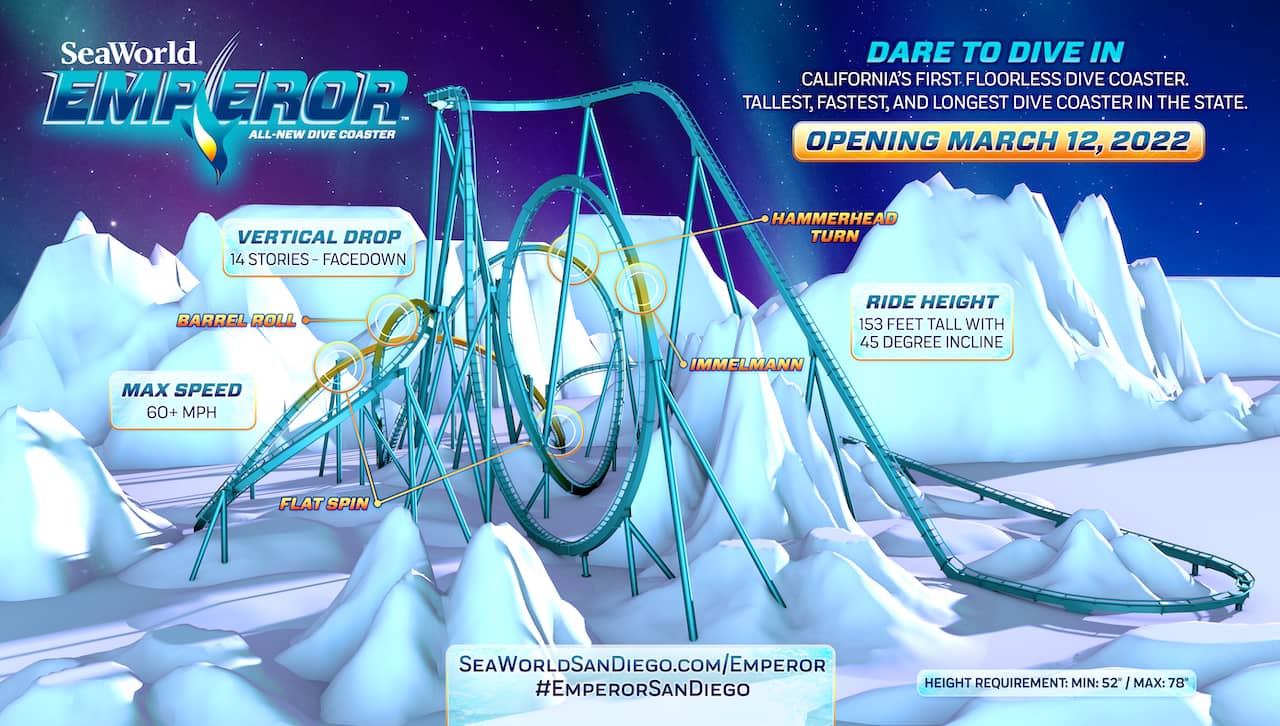 Passholder previews for Emperor begin March 2. The day before Emperor opens to everyone, on March 11 sister park Busch Gardens Tampa will open its Iron Gwazi coaster to all park visitors, while SeaWorld Orlando is opening its new Ice Breaker coaster officially on February 18.

* * *
Want to keep the industry news coming throughout the year? Sign up for our free, three-times-a-week email newsletter.

Seems like a winner! Reminds me of Electric Eel also in that park. Compact, intense roller coasters that make do with the limited real estate at that park. Looking forward to riding it. Also looking forward to their next project which is a replacement for the Wild Arctic simulators. We'll stay tuned for that.

I love what SWSD did with its Manta, too.

They had me at hammerhead turn and no mid course break.

Oh yes Manta is fantastic. I remember the initial review video in which Robert was a part of and he commented on the surprising air time. Once I rode it for myself I got to see why. Never thought a coaster that maxes out at like 30 feet could be so much fun.

The delay on this one was a lot more understandable given the conditions California's parks had to operate under last year, but I'm glad that it will finally be opening in a couple months after standing there and taunting me on my past few visits. Looks like a strong contender for California's best new coaster since Joker in 2016.