May 26, 2022, 10:22 PM · A move from Disney California Adventure has delivered a bigger, better Lion King show at the Disneyland Resort.

The Disneyland Resort today hosted a preview performance of its "Tale of The Lion King" musical, which takes over the Fantasyland Theater stage in Disneyland, starting Saturday. It's a restaged version of the production that debuted at DCA's Paradise Gardens Park in 2019. [Here is our review of that show: Can you feel the love for Disney's new 'Tale of The Lion King'?.]

If nothing else, the move allows Disneyland guests to enjoy this show in the comfort of a seated, shaded theater, rather than standing out on the street, as before. But Disney's creative team also has taken the opportunity to plus the show's scale and staging. 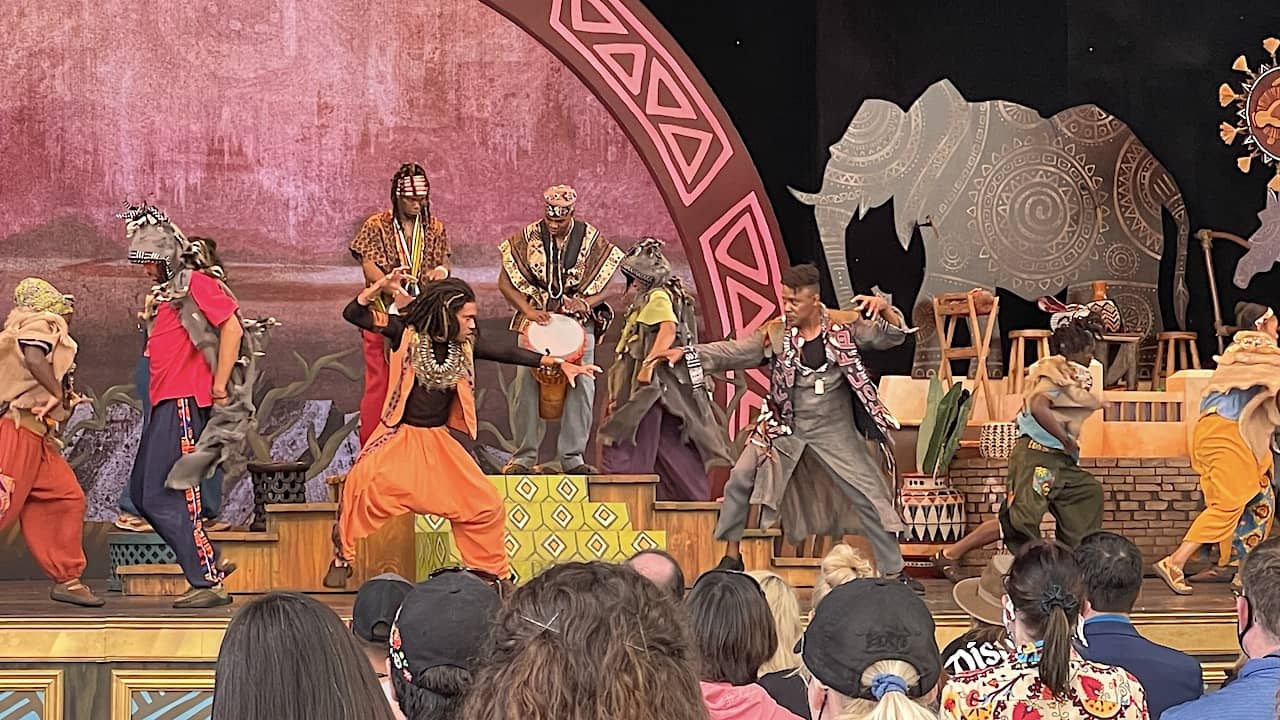 The 25-minute production continues to present "The Lion King" as "story theater," with a narrator who then blends into the tale. No one is dressed like an animal in this format, either. In this space, Tale of The Lion King's choreography and movement really star.

"Everyone most likely has seen Disney's 'The Lion King,'" Choreographer Kevin Wilson ["Finding Neverland," "Cher: Dressed to Kill," "So You Think You Can Dance"] said in a presentation to reporters after the preview. "They know the story. They know the characters, but with Tale of The Lion King we wanted to take that and bring something different to all those stories that people already know."

"We wanted to bring versatility to the show and still tell the story with the choreography," Kevin's brother and creative partner Marcel Wilson said. "So for example in 'Can't Wait to Be King' and 'Be Prepared,' we decided that we wanted Simba to do more happy-go-lucky-type choreography but still like kind of hard. Then Scar was going to be more of a krumping, stepping type of feel. We just wanted to bring in musical theater and also the pop world where we come from and kind of combine that and tell the story through choreography." 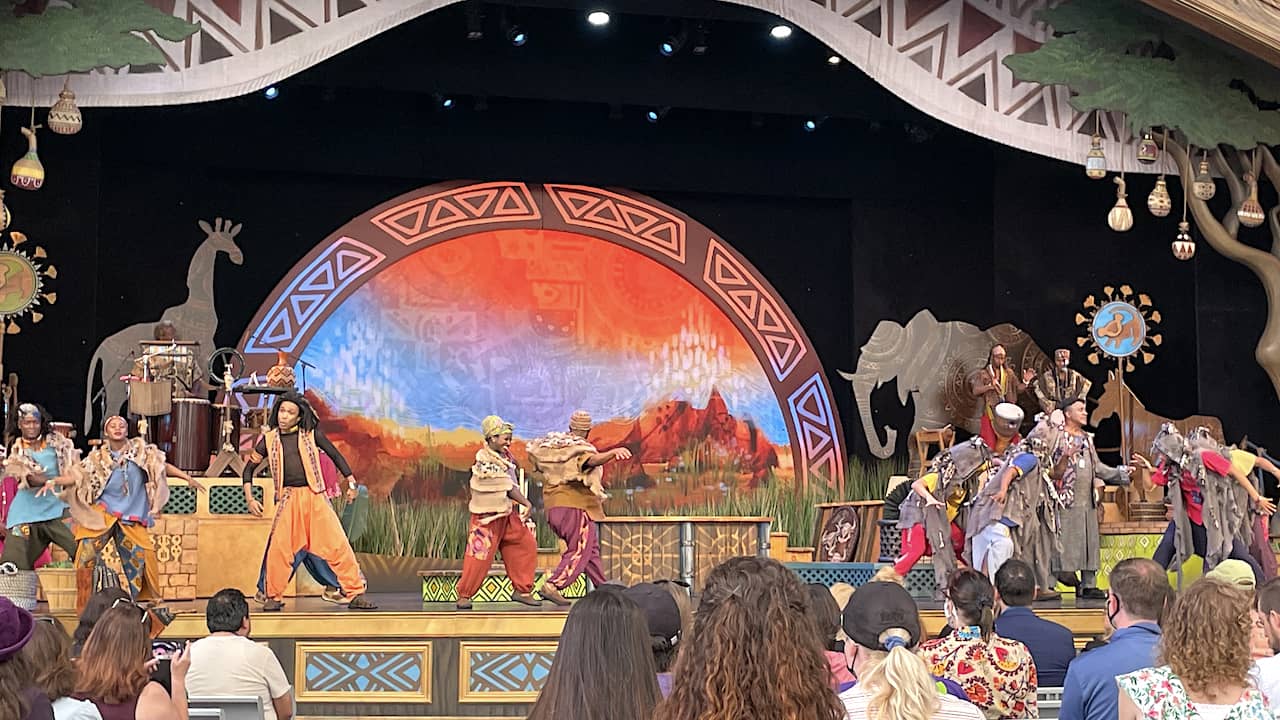 The show's outstanding movement is supported by its equally impressive stage and artistic design, all inspired by African themes and motifs.

"It's like you or I or someone in this village all got together to smash up some flowers and berries to get to color and then took their hands or took a branch or whatever to paint it," Show Director Paul David Bryant said. "When you look at these all these different symbols of things on the on the set, they all have a story."

At the heart of the set is a media screen, designed to look like an ever-changing, hand-painted tapestry. 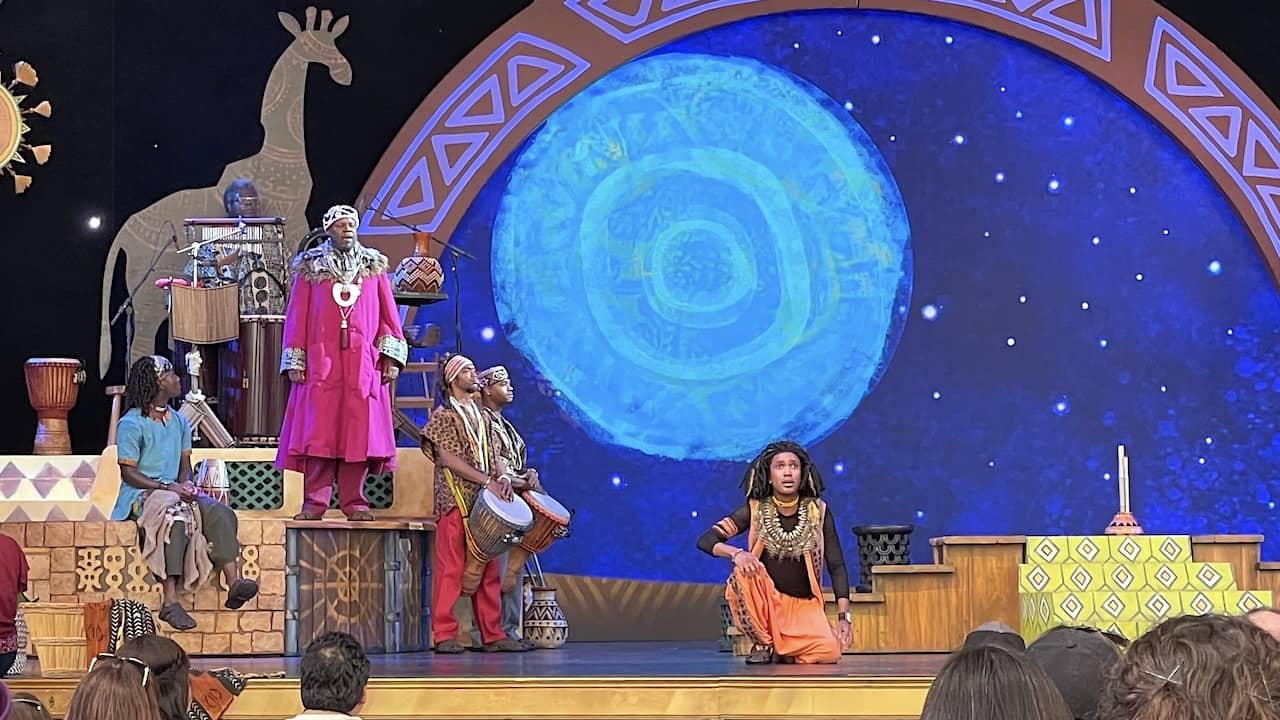 "We needed it to be innocent but yet look like a group of villagers just got together and created this beautiful tapestry," Bryant said. "We wanted the screen to enhance the story, but not not detract from it." 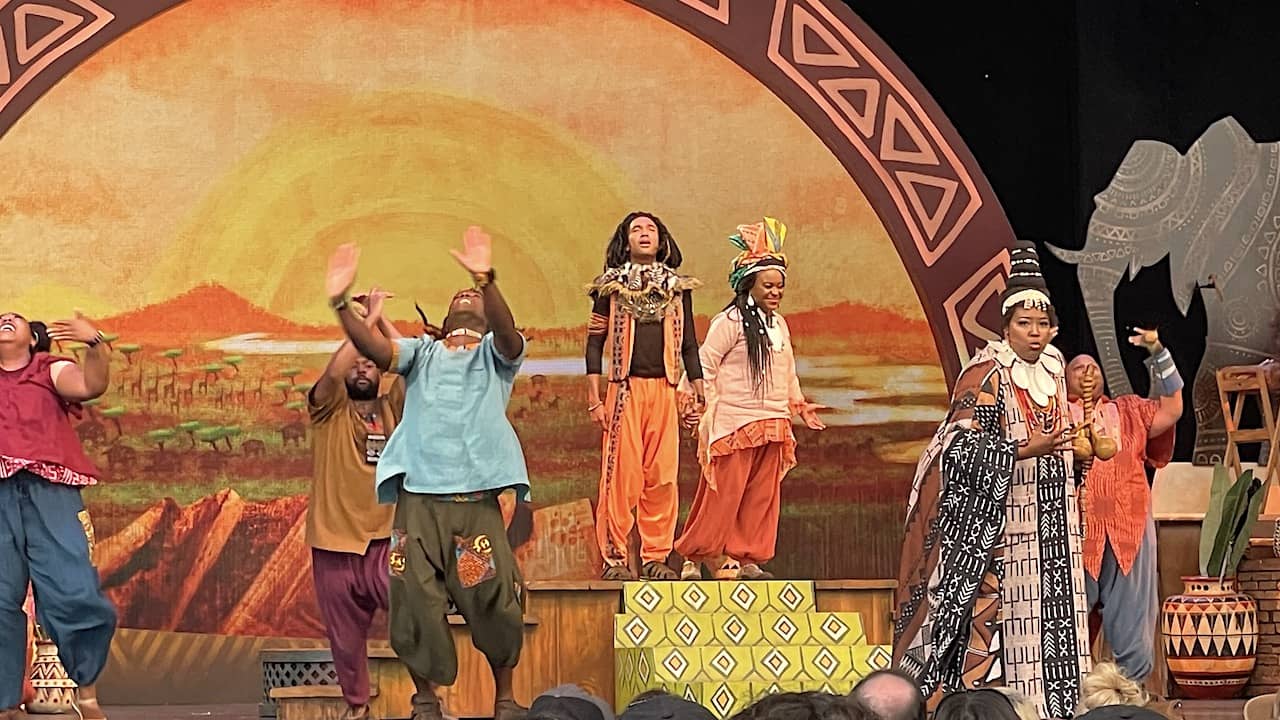 The result is a production more coherent than the "Mickey and the Magical Map" Disney's-greatest-hits collection it replaces on this stage. With Tale of The Lion King, Disneyland's entertainment team shows how artists can create an original creative work from existing IP.

Tale of The Lion King opens Saturday. The show will be dark Tuesdays and Wednesdays, playing Thursdays through Mondays. If you're interested in visiting and looking for deals on tickets, please visit our authorized partner's Disneyland tickets page for discounted tickets to Disneyland and Disney California Adventure.

it's also realistic and good, but I still prefer the 3D version.
https://cookieclicker3.com

Yeah, not gonna look up ANY link posted in the comments that aren't Disney-specific, and Annataylor's link is obviously 100% spam. I don't have to click it to know it.

I LOVE the way Disney is going with this. It was good in California Adventure, but will be MUCH better in this setting.