October 20, 2022, 1:30 PM · After more than four decades helping to bring Disney theme park dreams to life for fans around the world, Walt Disney Imagineering's Bob Weis has announced his retirement from the company.

Bob announced a year ago that we was stepping into a new role as Imagineering's Global Ambassador, after serving five years as the President of Disney's themed entertainment design organization. In a memo announcing his retirement to Imagineers this morning, Bob said that "I am proud to have been an Imagineer, a collaborator, and someone who loves to do impossible things with impossibly talented people."

Bob served as President of WDI from 2016 to 2021 and has won the Buzz Price Lifetime Achievement Award from the Themed Entertainment Association. He has been awarded an honorary Ph.D. from Cal Poly School of Environmental Design, where he graduated with a degree in Architecture. 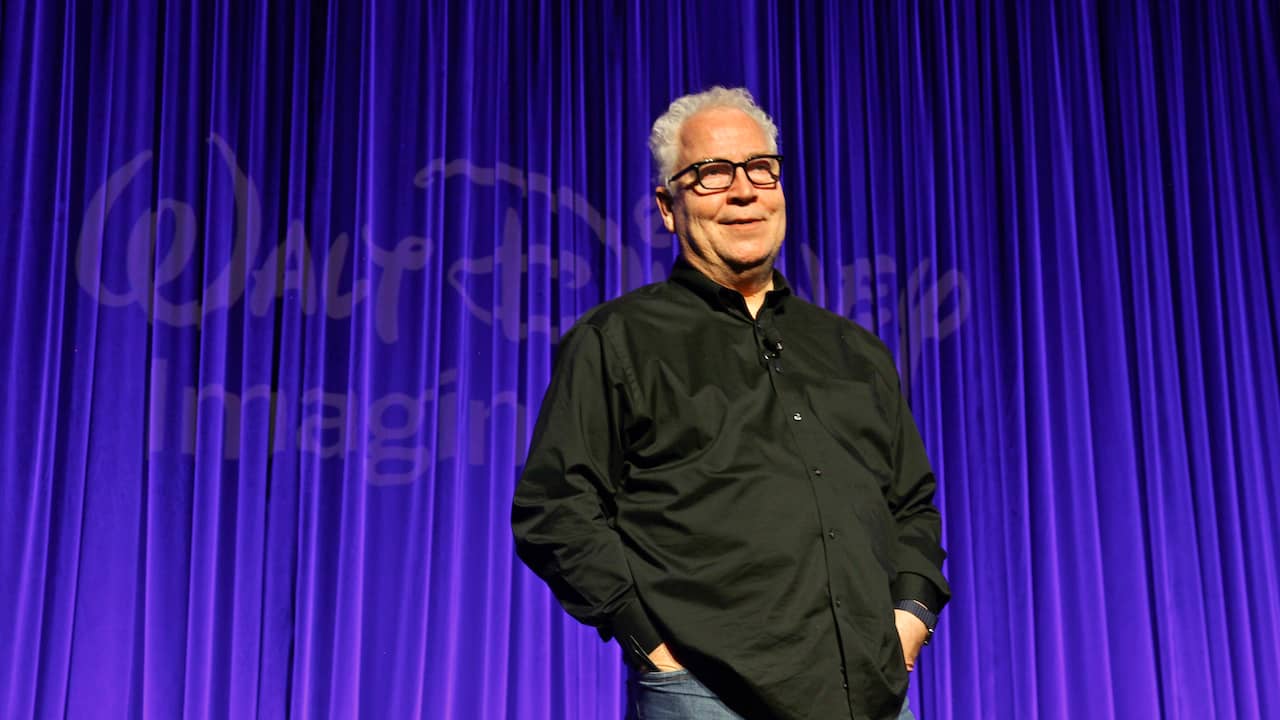 Bob's retirement will be effective at the end of the year. Walt Disney Imagineering invited me to chat with Bob yesterday in advance of today's announcement. An edited transcript of our talk follows.

Robert: Unless you're going to go away and become a recluse, which I can't see happening, you're always going to be an ambassador for Disney, and for Imagineers, and for themed entertainment. So what are the messages that you're carrying forward now to people in this industry, and even fans, on what themed entertainment can and should be?

Bob Weis: Yeah, I think it's an amazing history for all of us to have been involved with and still be involved with, moving forward. I am focusing a lot on a book I'm doing for Walt Disney Publishing based this massive archive that we have been pulling together, preciously preserved by Marty Sklar. If you ever wanted a PhD in theme park design, or more so, it's that. It follows the history [of WDI] from Disneyland all the way up to Shanghai Disney.

We see that people around the world want to be together. They go out and want to experience things that they can touch and feel, even after the depths of pandemic. That shows you can still keep faith - hundreds of thousands of years of human history says they're gonna come back, right? They're still going to want to be out together. They're still going to want to travel; they're still going want to experience that. And here we are all, seeing that return. I think that's the power of storytelling and communal celebration of life for those of us who have the privilege to be in that world every day. And it is privilege. I think it's hard not to emerge from [the pandemic] immensely gratified to your colleagues and to the people who love it and appreciate it.

The other thing I was going to tell you was that the idea of immersive experiences - that people want to engage with on all levels - we see that not just in entertainment now, but we see it in life. We see it in the way people bring education to life, in the way that they bring health care and wellness to life. That kind of communication has become so much a part of non-profits, too. We all learn from each other.

Robert: I know you're going to be at IAAPA for Bob Rogers' Legends panel, so I will leave Bob to ask the specific questions about Epcot, but there's one thing I want to ask you about now. For me and so many people, Epcot is so engaging because it's so different than any other concept out there. As someone who has done this so successfully for so long, what are some of the tips you can give to people in this industry on getting a boss or a client to say yes to doing something really different, like Epcot? I mean, everyone's risk averse. Everyone wants a return on investment. How do you sell someone on taking a big risk and doing something different?

Bob Weis: Epcot was done at a time when the Disney company was a small company, and Disney World was not yet all that successful. Yet they decided that decided that they were going to keep going forward with Walt's dream of Epcot. They had to take a pretty bold step and say, yes, we're going to do it. So those are tough calls.

If you present things well, and you present a sense of passion, [people] pick up on that. They pick up on your belief in what you're pitching. And that's why I think, for creative people, the idea of pitching is not a sales job. It is something that goes directly from your heart to the person you're talking to. You have to believe it for them to believe it.

So if you've done your homework and believe that something is going to be good for the audience - not just for you and your career or your company - that you've listened to the audience and taken into account their friends, their families, their desires, I think you can pitch it from the heart, and if it hits them from the heart, you have a good chance of being convincing. It doesn't mean you might not have to pitch it 10 times or for long periods of time. We all know examples of projects have had to wait for the right time - that were ahead of their time.

What I see around the world these days, people seem to have a high appreciation for experience, and they're doing things right. They're realizing that you don't just phone it in. You don't do it as cheaply as possible, because the audience responds to quality. The audience responds to quality not just in the design and building but in the quality of ideas and the quality of the product and what it can teach you or enrich your life with. That seems to be a development that all the work that we've all done in this industry really has helped to foster.

Robert: Speaking of pitching products, I'm told that you are working on a screenplay for Disney. Is there anything you can tell us about this new creative step that you are taking in your career?

Bob Weis: At this moment, I happen to be writing two projects. One is the development of the screenplay, and one is the work about Imagineering and the Marty archives. I just love writing. After a career of working in big, loud brainstorming rooms with lots of people - and I love brainstorming, and I love charettes - I have discovered that I really like this internal process of researching and writing. And it's certainly a kind of collaboration, too. But it's been very engaging to me, and it's actually one of the reasons why I decided to retire from active Imagineering because I wanted to do more of that.

So I have fully bypassed your question about the screenplay, but as soon as we can talk about it, I'm sure we will.

One gratifying thing I will say, too, is that Disney has developed into a wonderfully collaborative environment. The collaboration goes on with all the different parts of Disney - the film and television business, and publishing business, and Imagineering and the parks. There's such a great connection across there.

I've never felt shy or or dissuaded in any way from pitching outside the parks. I think that's one of the things that a lot of people feel really gratified and feel is different about Disney. And also the fact that many of our colleagues - from Marvel and Star Wars and Pixar and Disney - they're all fans of the parks, too. So what better way to get to know them? It's a positive back and forth.

Robert: If I can't get you to spill on the screenplay, can you give me a little bit more for fans and for people in the industry about the Marty Sklar project and what people can look forward to with that?

Bob Weis: Marty was someone I knew for for 40 years. His work has great insight for us. And not just about our past. It definitely has plenty about the past, but it's learning that you can use to drive the future also. And [also] to preserve what is a massive, massive collection of data - an unprecedented library - and then be able digitize it and draw upon it.

In many ways, we will show that had Marty not picked up Walt's mantle with Epcot, Epcot never would have happened. Epcot could have been a tough sell to Disney management at the time, trying to decide what the world after Walt would be. But not only did they say we're moving forward, but we're moving forward with a tough thing to figure out that doesn't match the model of anything we've done before. And Marty is very central to that. He was central to every project since then, all the way up until I invited him to that opening in Shanghai.

It's insight. It's insight into storytelling. For any company, I think it's [also] insight into how you manage a creative company and keep it vibrant for many decades. Another thing that I find so much of [in the archives] is how much Marty looked ahead to where the world was going - that Disney could not be a museum, that we had to stay with the time, that we needed to reflect who our audience was, that our our Imagineers had to become more diverse in order to reflect who our audiences were. To get feedback from the guests' point of view - so many things that that you wouldn't necessarily have thought of from someone fairly mature in their career, but he was someone who was always reading guests letters, always looking at the times, and always saying how do we make this work [and] that we do is important to all of us.

really enjoyed his answer on pitching. as someone who works in a ~creative field~ but with folks who need at times need convincing of the merits of projects, ideas and stories, I think there's a lot of wisdom in what he shared.

A great long career, he's earned a good retirement and glad for him sparking some fun stuff.

How to Use MagicBand+ at the Disneyland Resort