January 5, 2023, 3:14 PM · The Universal Orlando Resort today announced its support for the creation of a new community development district to build and maintain a regional rail station next to its upcoming Epic Universe theme park. 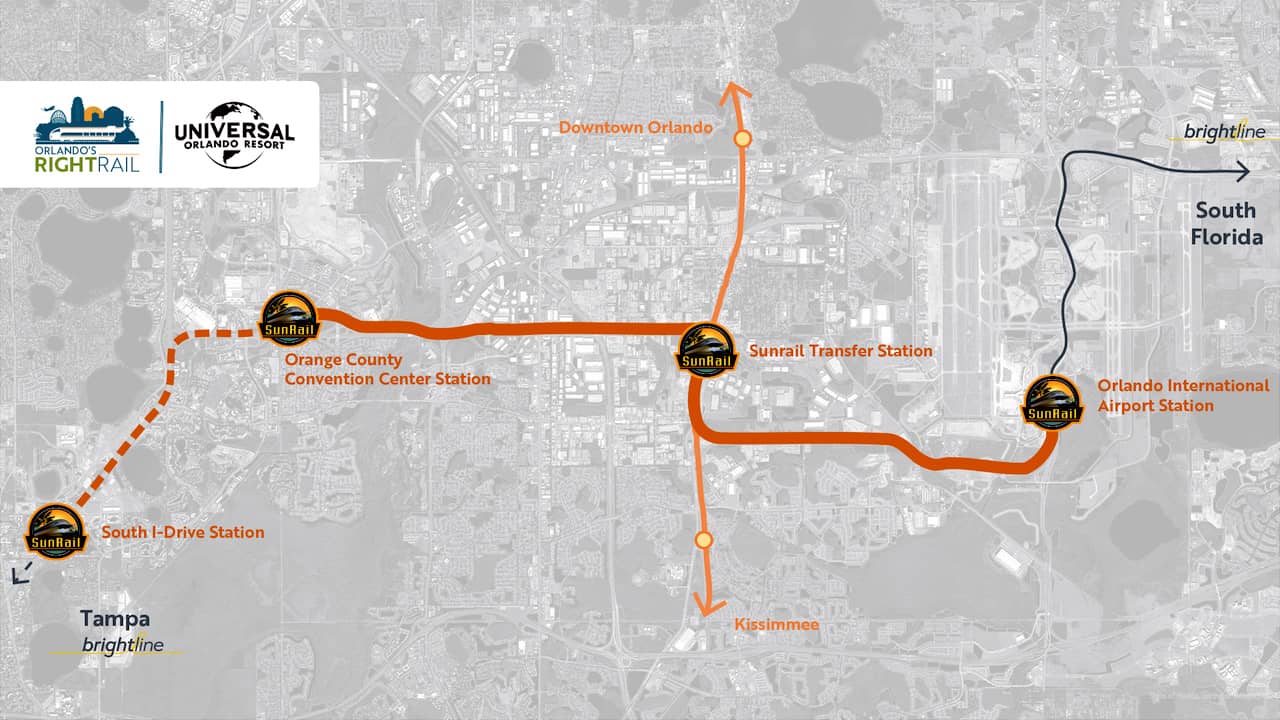 This is the Sunshine Corridor route that Brightline announced last summer, which led to the Walt Disney World Resort dropping out of plans to connect the resort to the Orlando airport on Brightline's expansion from the airport to Tampa. [Disney World Drops Out of Florida Rail Plan]

Instead of stopping at Disney Springs, the Brightline extension now will stop at the Orange County Convention Center, adjacent to Universal Orlando's new Epic Universe theme park, which opens in 2025.

"We are one step closer to creating a multi-directional commuter rail system that benefits our entire region," Universal Parks & Resorts Executive Vice President and Chief Administrative Officer John Sprouls said. "The new SunRail corridor and convention center station will make it easier for residents to get to work, the airport and to the places they love. And it will enable business growth within the International Drive area and across the region." 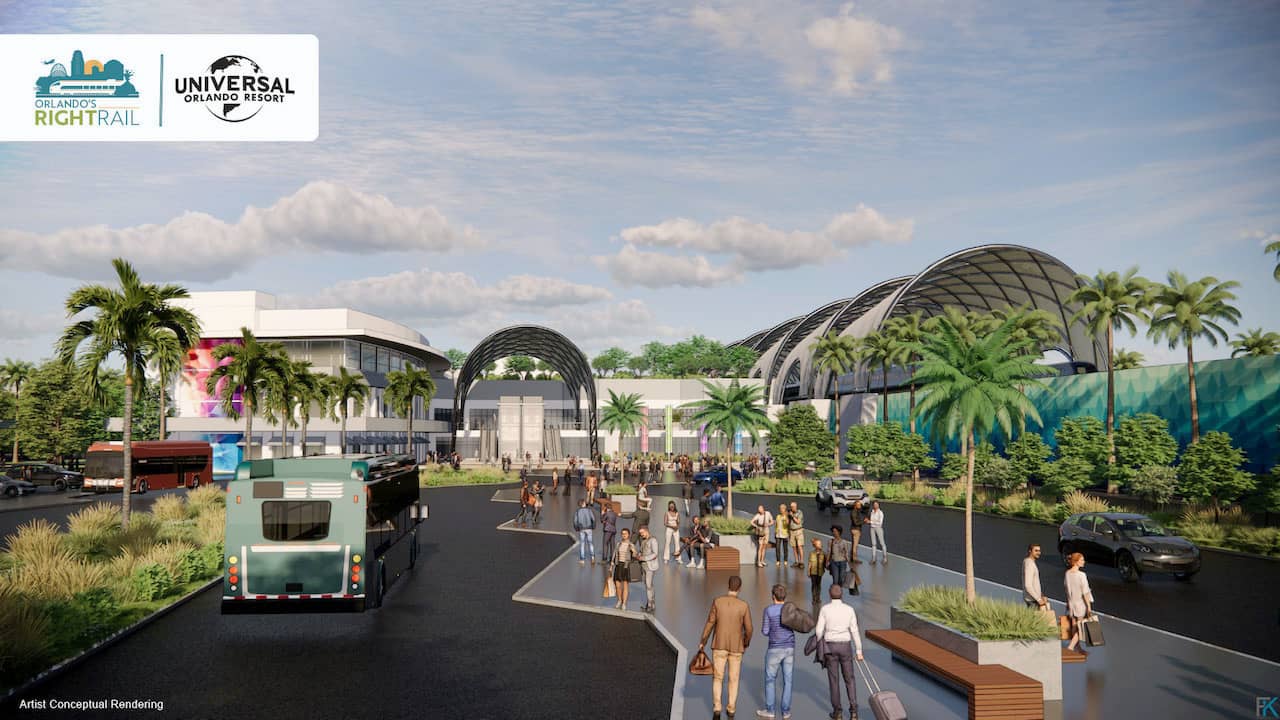 Universal previously announced that it would pledge 13 acres of land to the project, and the creation of the Shingle Creek Transit Utility Community Development District provides an entity to accept that donation. Universal also will support the District's financing of up to $125 million in private activity bonds to pay for the rail corridor and convention center station as well as support the operation and maintenance of the station, at an estimated $2 million annually.

Finally, as previously announced, Universal and the International Drive Chamber of Commerce-backed Orlando Right Rail coalition will "contribute to and collectively support" a guarantee of $13 million in annual ticket sales for the Sunshine Corridor. (That's the corridor's current estimated annual operating cost.)

Brightline's connection from the Miami area to the Orlando airport is expected to open this year. There's no timetable yet for the expansion to the convention center and Epic Universe.

Seems like a No-Brainer, the easier and cheaper you make it to get into the parks, the more money people will have to spend in your parks.

Mayor Demings is not happy about the fact that Universal announced this and said that he supported it, but they didn't even inform him about it until 10 minutes before the press conference.
https://www.orlandosentinel.com/news/transportation/os-ne-jerry-demings-universal-sunrail-20230110-6sykw6edvvcvzgzkwft7nxa3bq-story.html

“I will not allow myself and this board to be manipulated by those who have their own different agenda at the end of the day that may or may not be in the best interest of our entire community,” Demings said.

“I know how to do investigations. I know when to think there have been some – I won’t use a legal term or criminal term of collusion – but behind-the-scenes deals that were not transparent,” Deming said.